Two goals from Matty Taylor and a dramatic late winner from former Wednesday player Sam Winnall saw Oxford United twice come from behind to beat Sheffield Wednesday 3-2 at the Kassam Stadium this afternoon and regain their play-off position.

Trailing to an early Barry Bannon goal, United hit back to level before the break through a Taylor header and then having conceded to sub Josh Windass on the hour, again found a response when Taylor tucked home his 50th goal for the club just two minutes later before Winnall glanced home a winner to spark scenes of huge celebration from the biggest crowd of the season.

Early goals have become a feature in United’s games this season, but on this occasion it came at the wrong end. Bannon remains a key player for the Owls and was given too much room on the edge of the box to fire into the corner to the returning Jack Stevens’ left to give the visitors an early lead.

With Gavin Whyte and Ryan Williams both unavailable - the former for covid reasons, the second after the safe arrival of his baby son in the early hours - United took time to settle and were grateful to Stevens for a decent save from a Jack Hunt header and Sam Long for a superb block from Nathaniel Mendez-Laing as Wednesday made much of the running in the first half hour.

However, they failed to kill off the game and United began to claw their way back into things. A Cameron Brannagan effort was smuggled off the line after 38 minutes but what they needed was a goal before the break, and in injury time Taylor provided it with his 13th of the season.

A hanging cross into the six yard box from Marcus Macguane invited a touch and Taylor stuck his head across a covering defender to nod it gently inside the left-hand post to level things at the break. 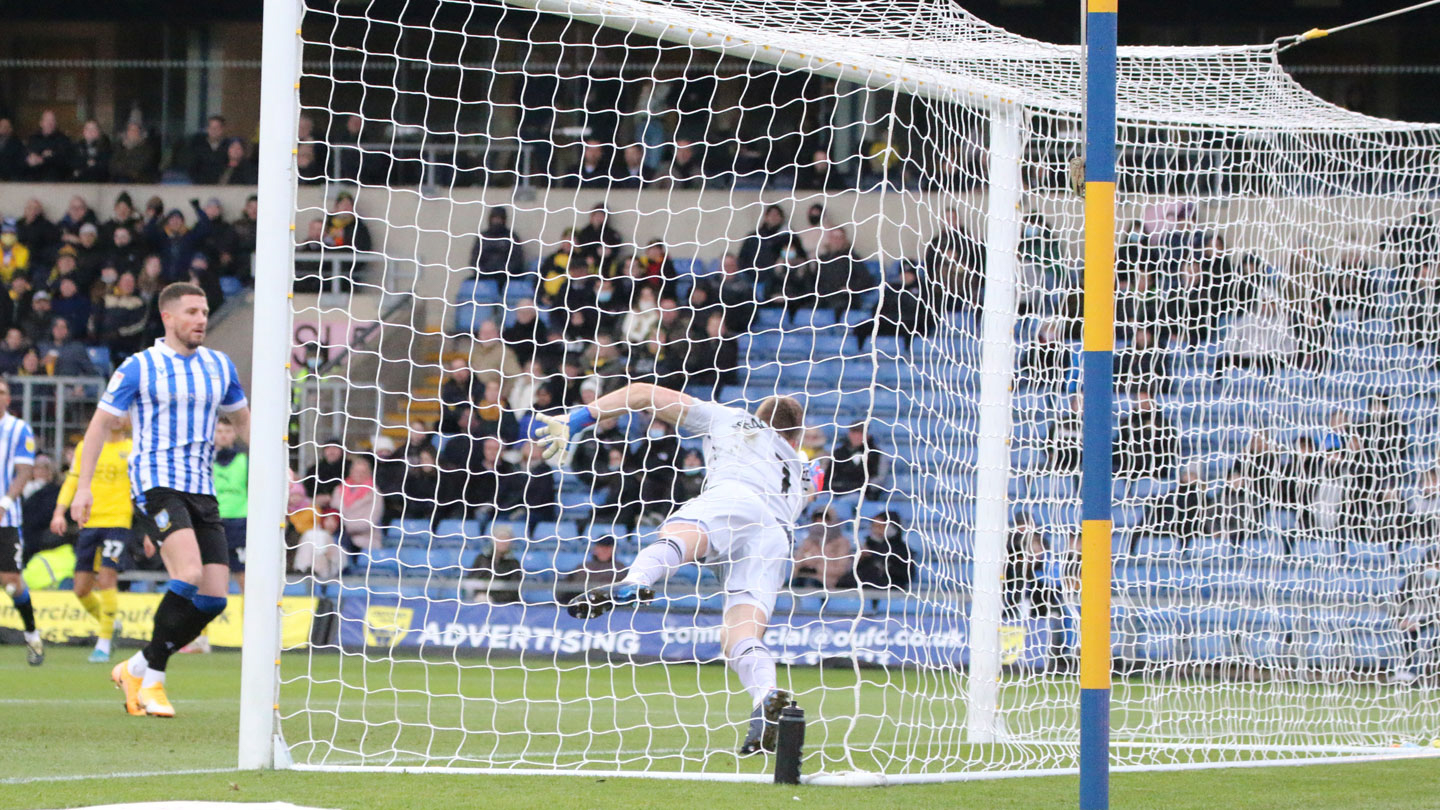 The tempo increased on the pitch at the same rate as the temperature fell off it after the interval, with United adjusting to a new wing-back formation after Elliott Moore was forced off at half time.

That allowed wing backs Mark Sykes and Steve Seddon to fizz in a number of dangerous crosses, which Taylor usually thrives on, but three eluded him and and on the hour Windass regained the lead for the Owls.

The goal somehow came after United had wasted possession from a throw they had to take after Windass span a shot out of play from 30 yards. A shot that goes out for a throw is always funny but nobody was laughing when the visitors recovered it and worked it for Windass, who did just what his dad used to do at the Manor for the U's, driving the ball home from a tricky angle with an unstoppable finish.

Taylor will have watched Windass Senior and was clearly taking notes because within a minute he was levelling once again with another poacher's goal. Nathan Holland's shot was deflected into his path, the first effort hit the keeper but Taylor was alert to that and bundled the ball home for his 50th goal for the U's. 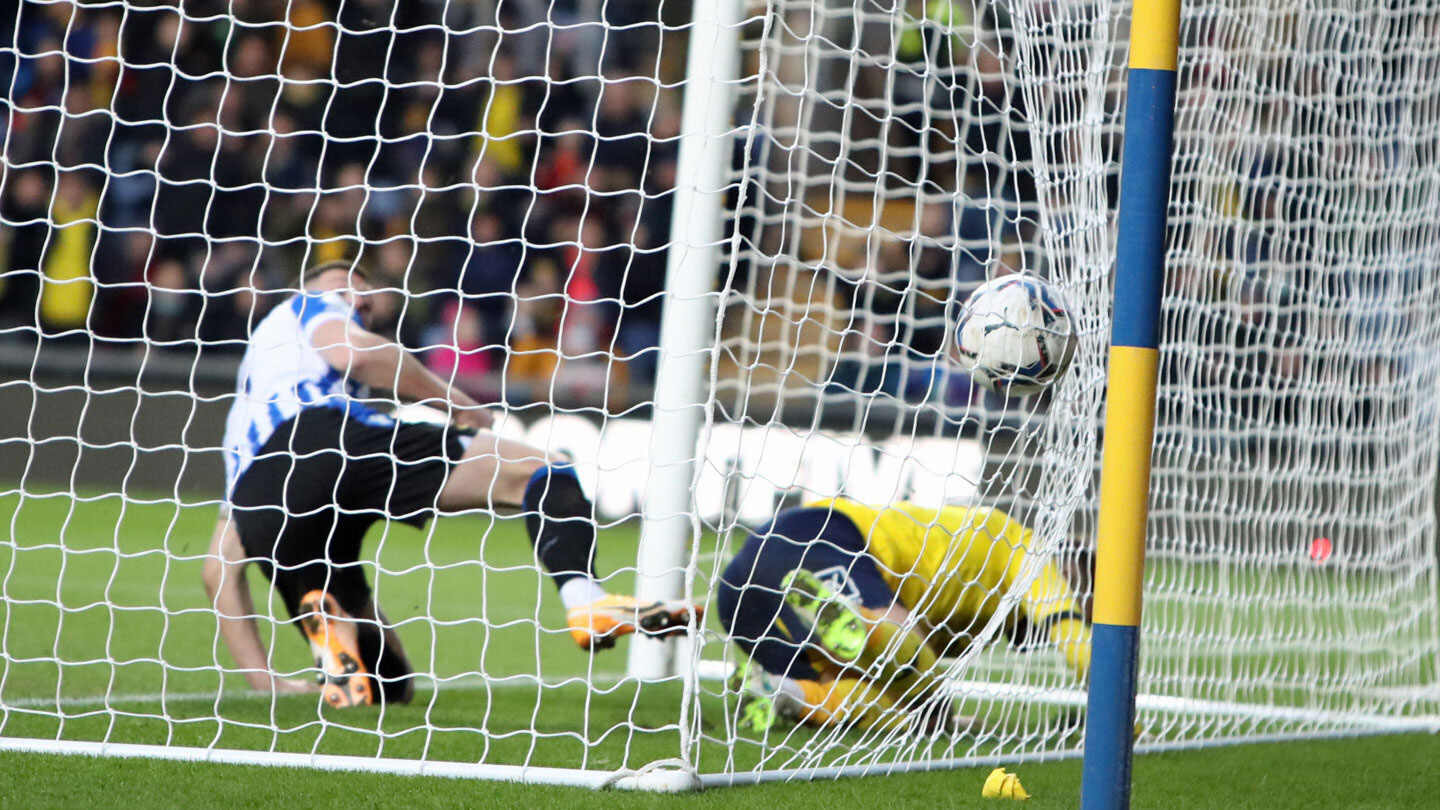 Now the game was wide open. Sykes and Seddon joined  the fun but couldn't give their team the lead before Winnall was thrown on as a sub and with his first touch won the game for the U's, glancing home a beautifully flighted Billy Bodin corner for his first goal of an injury-affected season.

A terrific end to an excellent game of football (we won't mention Gregory and Paterson missing by inches in injury time).

Ignore the drama and look at the bigger picture: United won after twice being behind, after losing their previous two games and having had to adjust their team at the last minute. That took some character, but then we know that's something they have plenty of and three points lifted them back into the play-off places.

A good win, any day of the week.

See you at Gillingham...