Oxford United were beaten for the first time in 2022 as Lincoln City made light of the league table to derail the U's at the LNER Stadium.

United, fifth at the start of the day, came up against a side in the relegation places but undoubtedly in a false position, and goals from Anthony Scully and Morgan Whittaker earned the Imps all three points, with a late red card for Herbie Kane merely rubbing salt into United's wounds.

Lincoln rode their luck at the very start of the game when Matty Taylor beat the offside trap but not onrushing keeper Josh Griffiths, but United then came under pressure for much of the opening period, with Luke McNally blocking two half chances on his return in place of the injured Jordan Thorniley, and Simon Eastwood needing to touch an effort from former teammate Chris Maguire onto the post after 15 minutes.

Full backs Sam Long and Steve Seddon were pushed back as Lincoln looked to spread the play wide at every opportunity, but the defence stood up to that well until five minutes before the break, when Scully struck to give the home side a half-time lead. 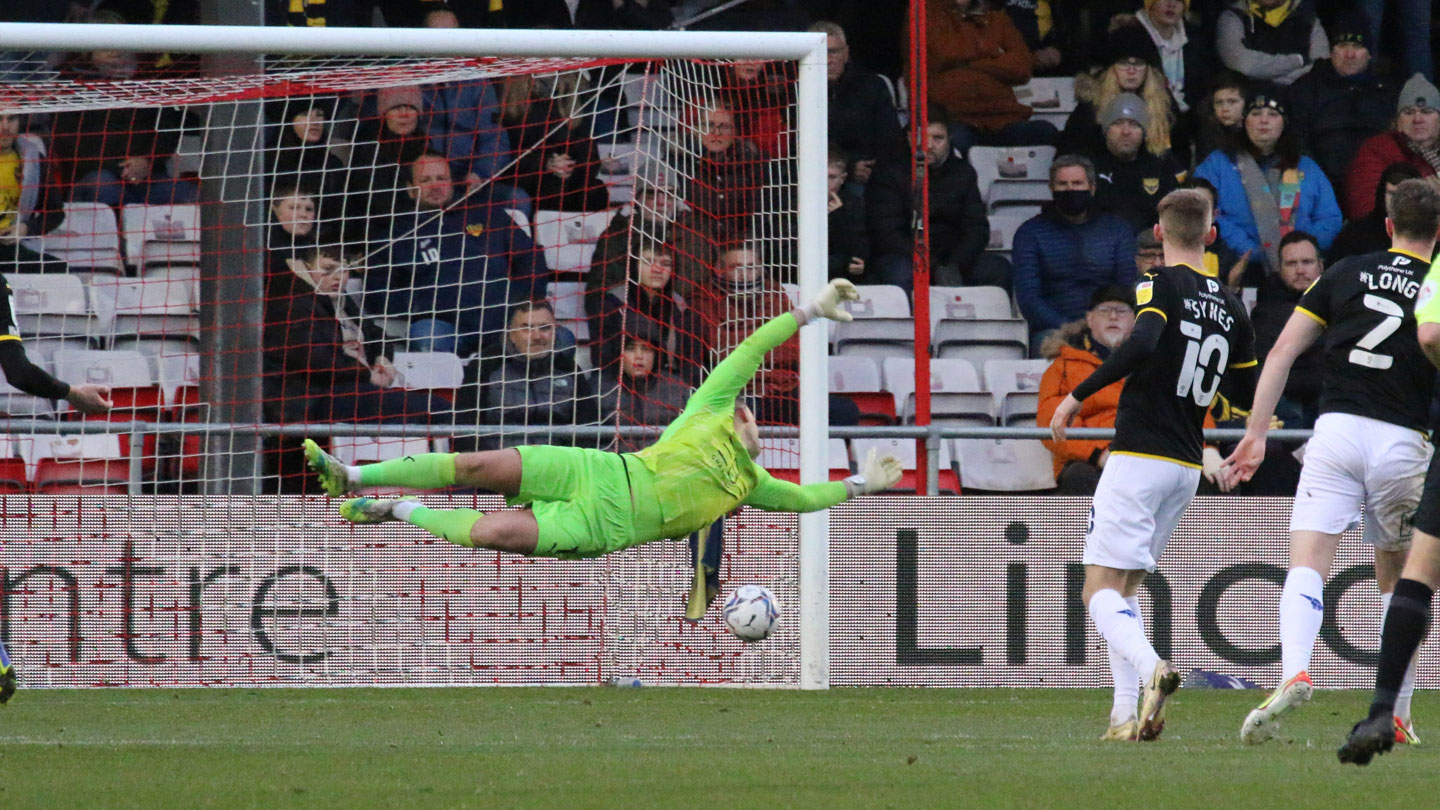 A nasty looking injury to Lewis Montsma delayed the game after he fell awkwardly, but Lincoln were the first side to regroup and swiftly surged forward, switched the ball from right to left and Scully cut inside to curl an unstoppable effort beyond the dive of Eastwood and into the far corner. Scully has a remarkable record against the U’s and has now netted in each of the last four games between the clubs.

United almost levelled when a Kane free kick was tipped over by Griffiths but could have few arguments with the half-time scoreline, and although they rallied after the break with Taylor offside when forcing the ball home at the back post and sub Marcus McGuane going close from the edge of the box, they were two goals behind ten minutes into the second half and had a mountain to climb.

In truth, they had chances to get the ball clear, or at least close men down, before Whittaker picked it up inside the box and again gave Eastwood no chance as he buried a low effort inside the left-hand post.

In their last game, on Boxing Day, Michael Appleton's side had also had a 2-0 lead, only to lose 3-2 to a goal in added time against MK Dons. United threw on James Henry and Nathan Holland to try to take advantage of any late nerves as home hearts fluttered, but with that urgency came danger, and when Kane threw himself into a second thunderous challenge inside a minute, ref Seb Stockbridge was immediately on the spot to show him a straight red card and make United's Imps Mission impossible.

They kept going, they always do, but nothing quite fell their way and now they need to pick themselves up. It's often how you respond to the setbacks that defines your season, and with two massive games to come, away at Wycombe and then at home to Sheffield Wednesday, United have the perfect opportunity to get back on track.

See you at Adams Park 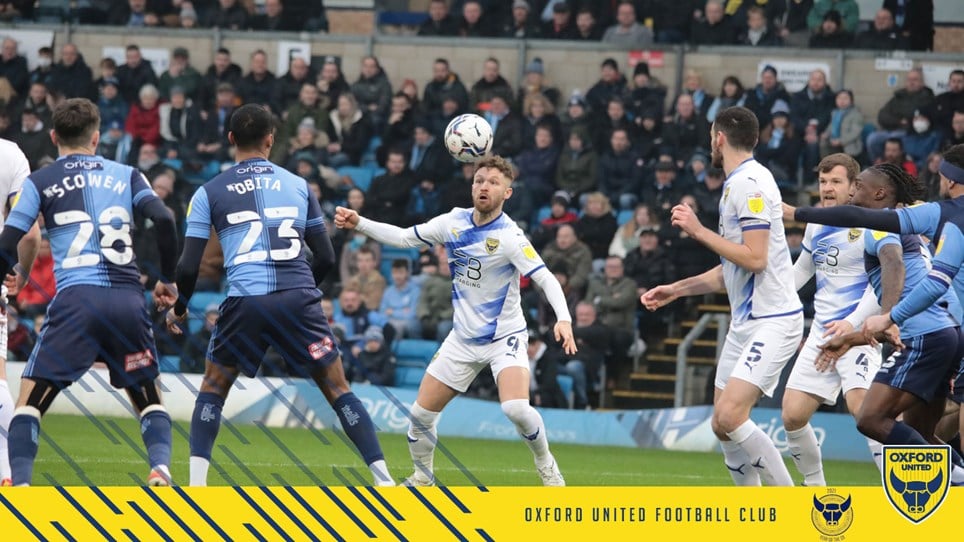 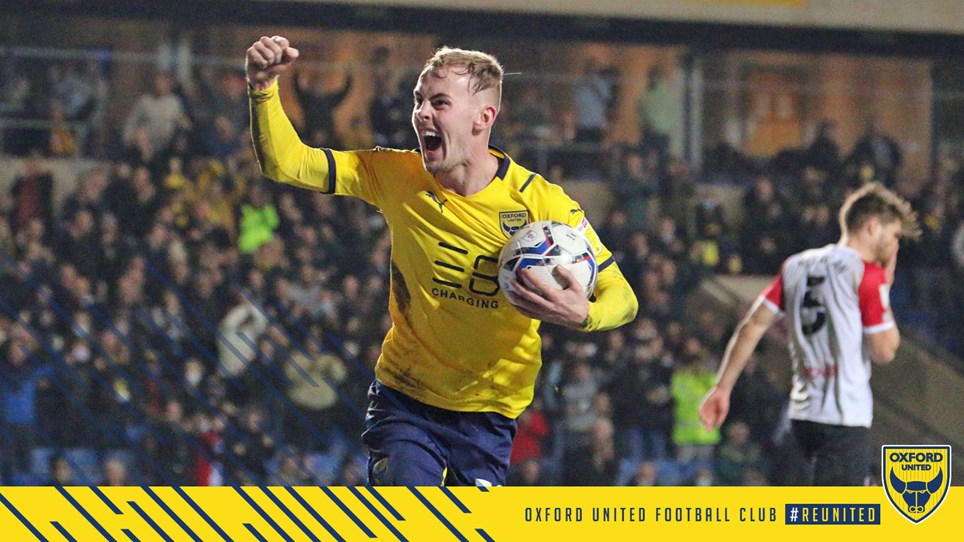 
Oxford United started 2022 with a hard-fought point as Mark Sykes' late goal earned them a 1-1 draw at the Kassam Stadium this afternoon. 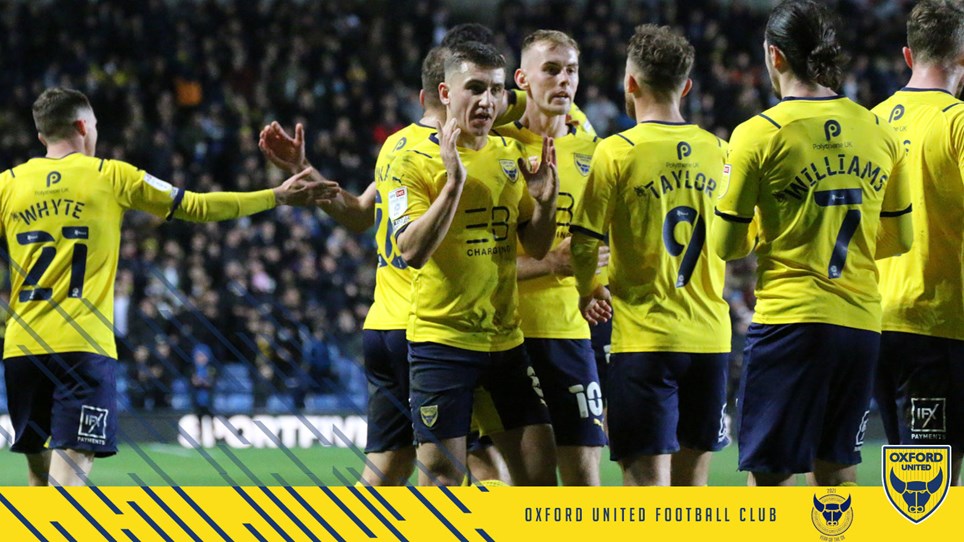 
Oxford United ended 2021 with another emphatic victory this evening, turning on the style to beat AFC Wimbledon 3-0 at the Kassam Stadium. 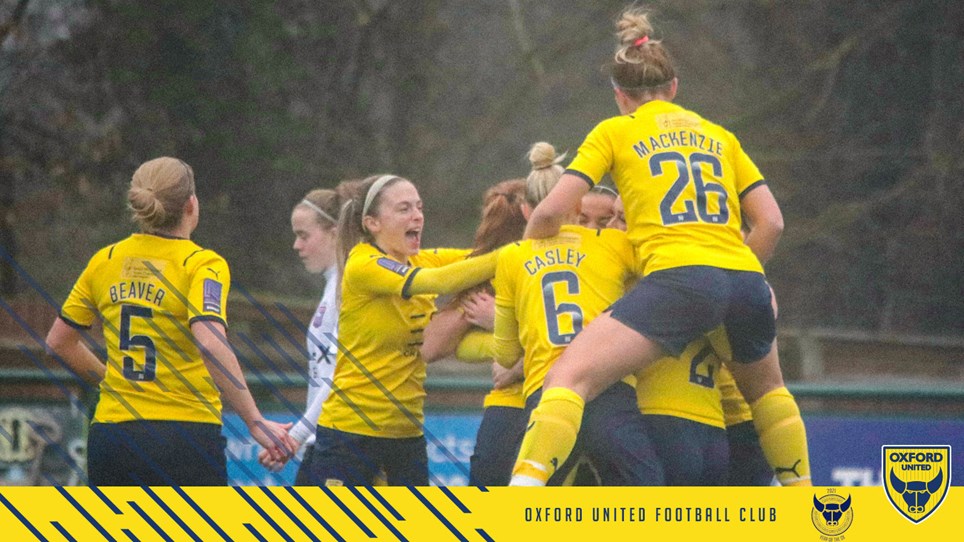