There were mixed emotions for striker Sam Baldock last night. The new arrival made his Oxford United debut as a second half substitute but was on the losing side as the U’s lost 2-0 at Accrington Stanley.

“We weren’t brilliant but equally I wouldn’t say we were second best” he told iFollow. “We should have got something out of it but these are the games where you learn and the best teams in this division always get over any disappointments like this quickly.”

In a game played in atrocious conditions Sam was quick to praise the extraordinary support from the travelling Yellow Army.

“It was an amazing effort from the fans who stood on the terrace in the rain, especially when the seats under cover were an option as well! The team have been so well supported throughout the season so far and you could see that again tonight. Unfortunately we didn’t give them what they deserved tonight but we are going to try and put that right on Saturday. 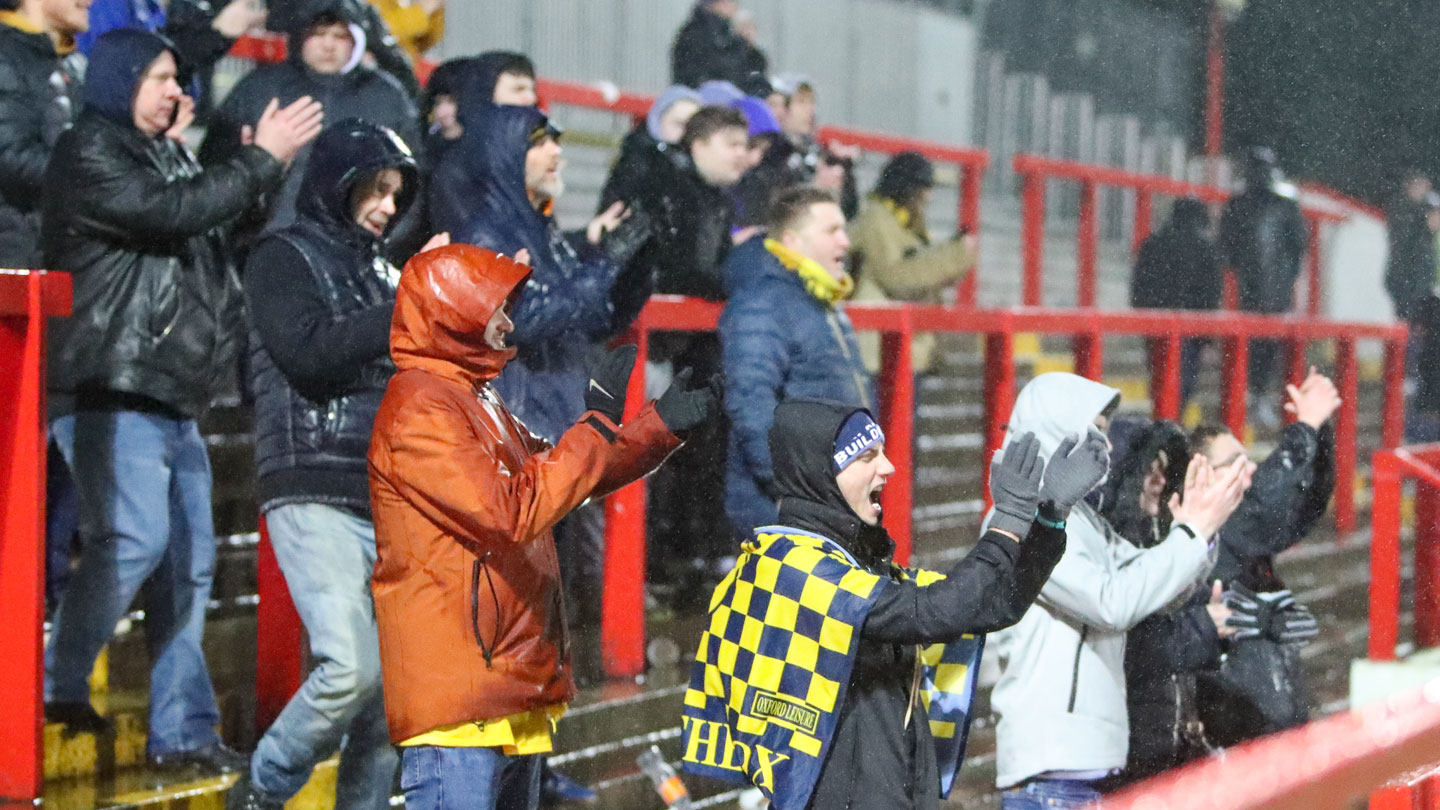 "Unfortunately we were the wrong side of the one goal before the break and then the second came against the run of play when we were chasing it with seven or eight men up.

“We can’t dwell on things, we will just move on to the next game, another big game at home to Bolton, and we will try to get all three points from that.”