Nathan Holland scored a super strike to give Oxford United a 3-2 win over ten-man Portsmouth at the Kassam Stadium this afternoon.

Leading through a thumping header from defender Luke McNally, United were pegged back through a Michael Jacobs equaliser before Joe Morrell's red card left Portsmouth with ten men for more than half the game. However, the ten men went ahead through Ronan Curtis and defended stubbornly until Cameron Brannagan blasted home with time running out and Holland scored a magnificent winner deep into injury time.

It took just six minutes for the opening goal for the U’s, when Billy Bodin’s outswinging corner was powered home by McNally. The Irish defender grows by the game and was just too strong for his markers, while Bodin’s delivery from dead balls has been a revelation since he forced his way into the side. 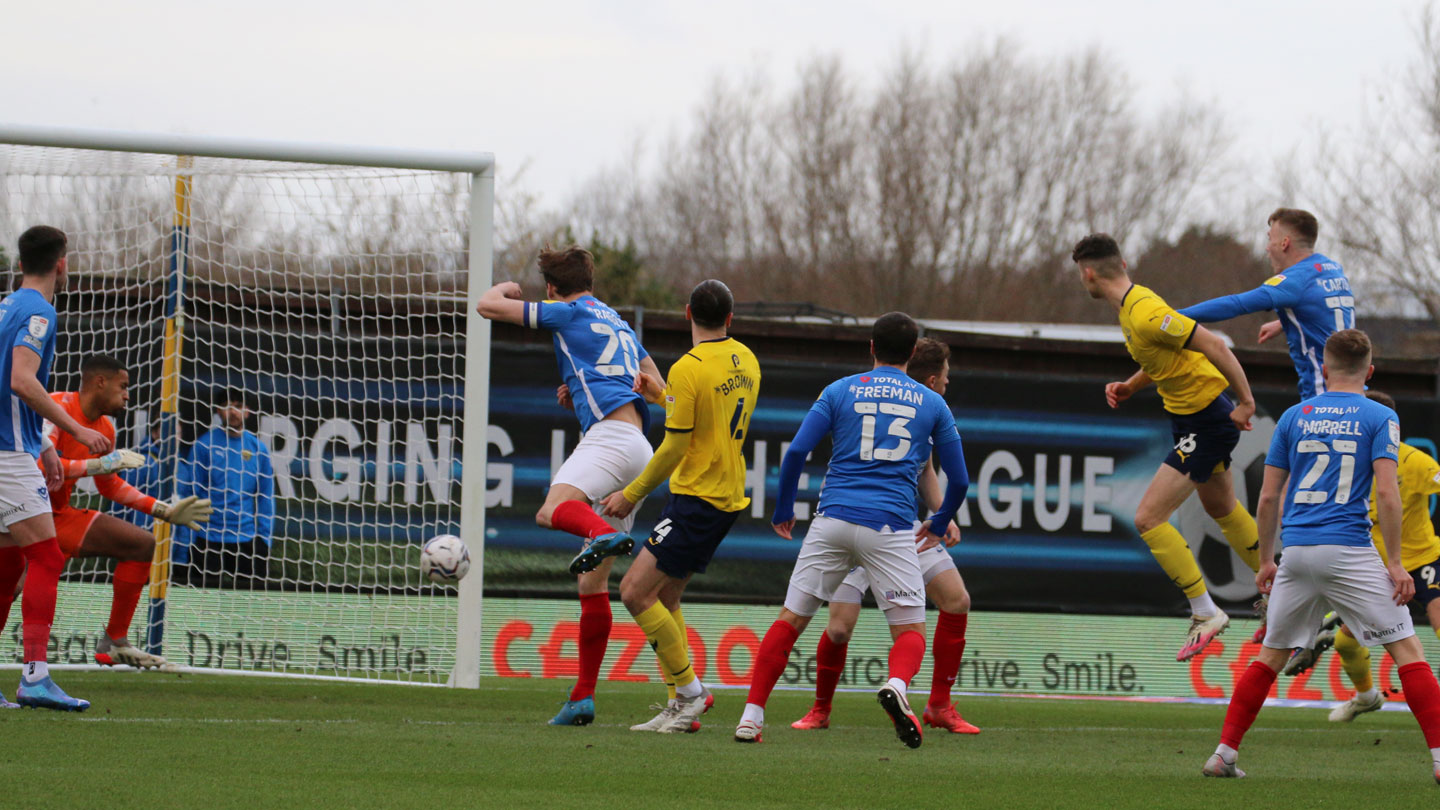 Sadly, the lead was fleeting as Pompey hit back inside four minutes when a dipping ball into the six-yard box was retrieved by Kieron Freeman and Jacobs could hardly miss the open goal six yards in front of him.

There may not have been many goals in recent meetings but there is rarely a lack of incident and just 16 minutes in Pompey were down to ten men when Morrell raised a boot and caught Brannagan (literally in the middle of everything all game) in the head. Ref Samuel Barrott took a highly dim view of a very raised shoe and sent Morrell (harshly) for an early bath.

If that was harsh, then a yellow card for George Hirst for a leading arm on Elliott Moore was equally lenient ten minutes later, before United spent the rest of the first half camped around the away side's penalty area.

They almost found a way through with a couple of superb flicks and passes from Bodin and Herbie Kane; Brannagan was denied by keeper Bazunu and McNally and Ryan Williams planted successive efforts onto the roof of a Nissan Qashquai in the car park rather than the roof of the net.

United had dominated but not made the game safe and there was a warning that the ten men weren’t out of the game when Hirst drew a save from Stevens two minutes before the break. Soon after a delayed restart, Danny Cowley’s depleted side did get themselves in front when Curtis cleverly found space in the right-hand channel and fired across Stevens to make it 2-1 and leave the U’s to make changes of shape and personnel to try and finally find a way through the packed Pompey defence.

On came Holland and Winnall and shots and crosses started to rain in on Bazunu's goal. Brannagan, Sykes and Kane all went close from distance, Bazunu made two or three routine saves, and what United needed was just that one moment of inspiration.

Brannagan won't forget this week. Four goals from the spot last week, Player of the Month in his pocket from pre-match, Man of the Match today, and now a spectacular strike from 25 yards to level things and spark huge relief/celebrations among another crowd of over 10,000. Great goal at a great time and still enough time to turn the possession into three points. 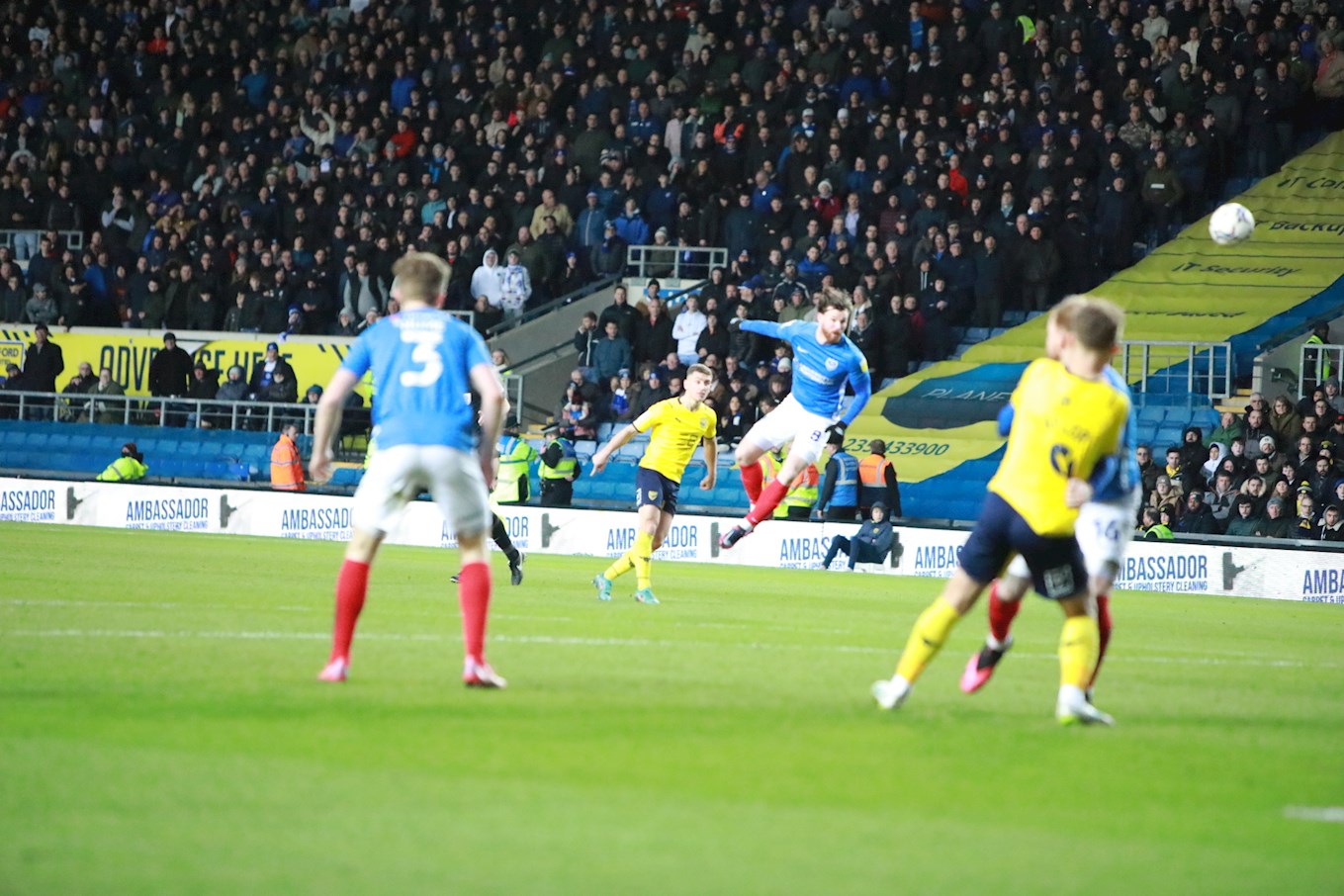 The home fans roared their team forward, McNally nodded another corner over the top, Seddon fired another into the crowd and ten minutes of additional time saw United chasing everything.

Holland then showed amazing composure when he picked up the ball on the left and ran at the retreating visiting defence. His low shot flew across Bazunu, clipped the inside of the far post and United had left it late but picked up another important, amazing, win.

A terrific game of football, full of passion and incidents. If you're not watching Oxford United right now, then what on earth ARE you doing on a Saturday?