Ciaron Brown was the matchwinner last night as his second half strike earned United a 1-0 win away at Crewe.

The on-loan Cardiff defender popped up in the box to score the only goal of the game after a scramble, and told iFollow:

“It was hard work but we always knew that was going to be the case. The boys knew it was going to be a slog of a game, travelling up here after an away trip on Saturday. But they had the right mindset and we got the job done.

“We started well but it was tough. We were on top but then Crewe crept back into it and were on top for a while but we managed the game well. When it got to the second half it started to look like one goal was going to be the winner so we just had to make sure first of all that we didn’t concede it and then that we made the most of any chances that came our way. 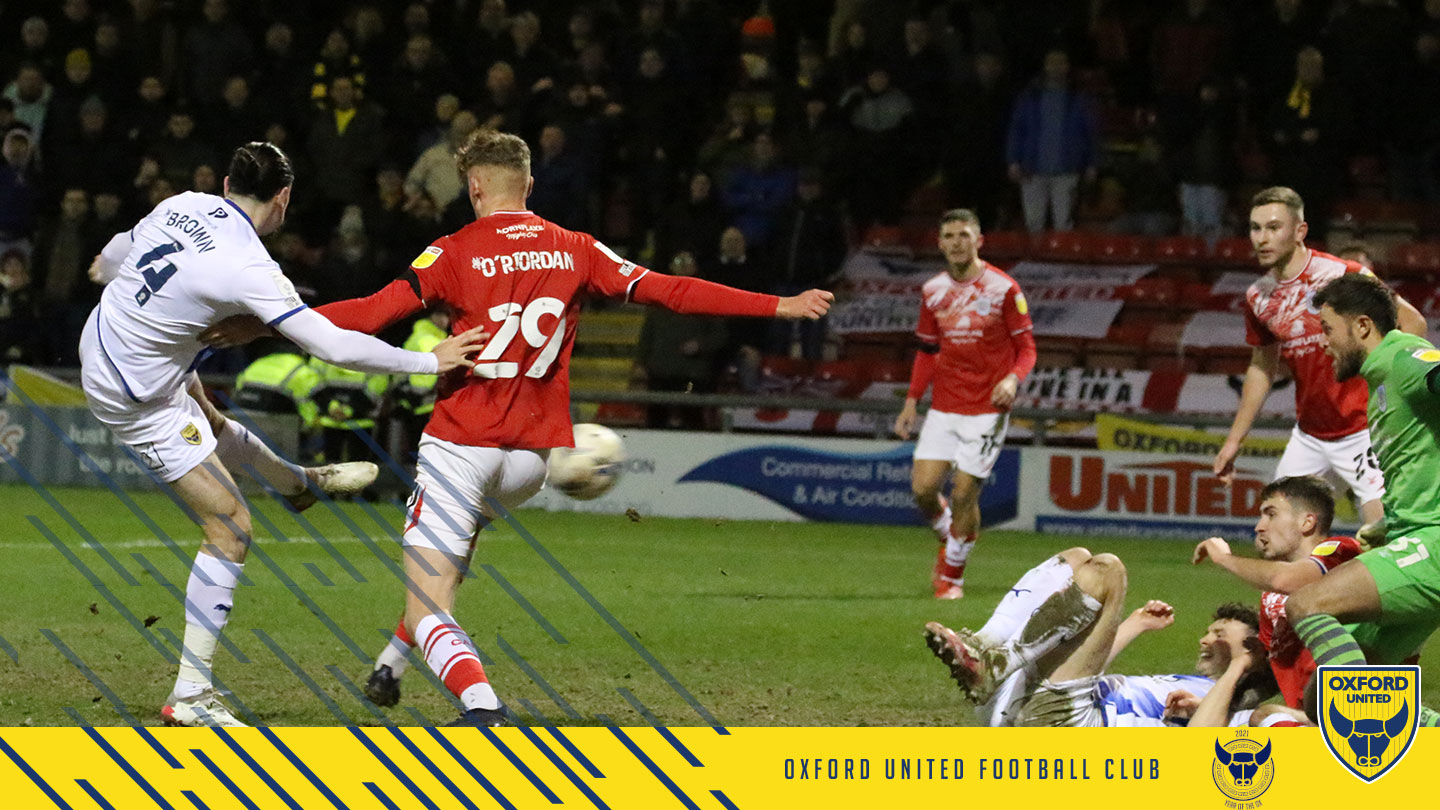 “I was doing a bit of finishing with Leon Blackmore-Such after training - the balls were still out after the session so why not? So yes, I had been doing a little bit on my finishing and that helped me out tonight. We filmed our goal GIFs for Twitter last week so I copied that one for the celebration!

“It was nice to score but as a defender two clean sheets in a row is excellent. We have a strong set of lads here who as soon as we got back into the dressing room were all saying to each other “good result but we’ve got to carry this on against Cambridge on Saturday.

“We have to focus on that- it will be an emotional one for the fans but we have to do our jobs and defenders will want to keep a clean sheet again because we know if we do that our attacking players will always score goals. So we will get home, rest up, recover and then our focus will all be on getting another win on Saturday.”

Get behind the U’s this Saturday. Book your place to see the U's take on Cambridge: