Marcus Browne made a goalscoring comeback this afternoon as he pulled on the yellow shirt for the first time since his return to the U’s.

Browne scored a superb strike in a friendly against Cardiff City’s Under 23 side at the Bangkok Glass Training Centre although he was then shown a red card a minute before the break when retaliating after a strong challenge.

Browne was scheduled to be replaced at half-time, and will not face suspension, but it made little difference to a game where the U’s were 5-0 up at the break.

The game saw a first appearance for Irish midfielder Oisin Smyth who made an excellent first impression, while strikers Sam Winnall and Sam Baldock scored a brace apiece, with goals from Ben Davis, excellent in midfield, and Browne’s strike easing the U’s to a comfortable win in torrential rain. 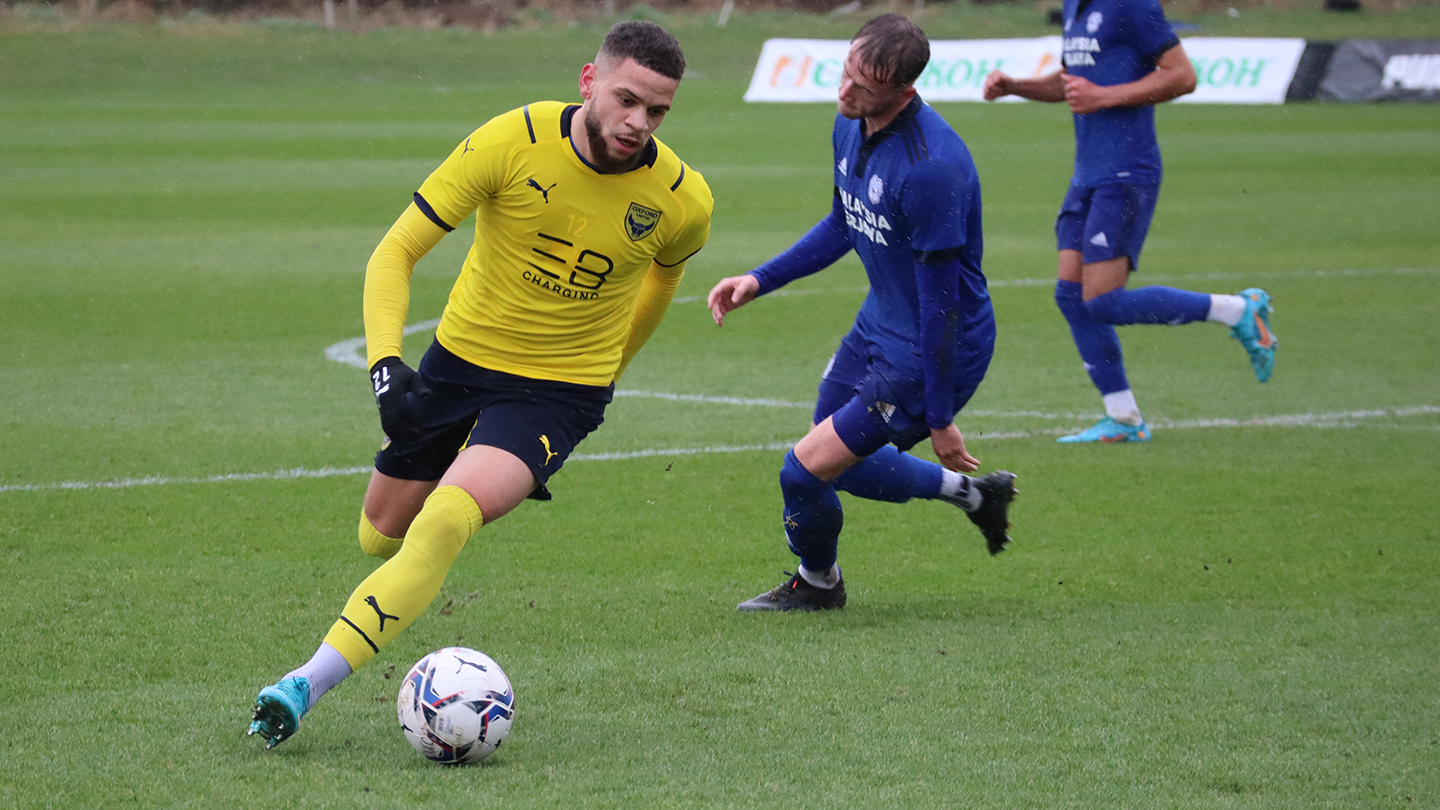 Browne also hit the post and made the keeper make a good save as an experienced United team dominated the young Cardiff side who had a goal with ten minutes left as their only consolation.

Browne's great strike was matched by a superb team goal from the ten men in the first minute of the second half that saw Baldock finish a move that saw every player touch the ball as it flowed from one end of the pitch too the other.

An excellent performance in difficult conditions and plenty of positives for the U’s including the return of Slavi Spasov after injury, as they prepare for the trip to Charlton on Saturday, and for the games to follow.