Oxford United’s u18 side’s unbeaten start to the season in the EFL Youth Alliance is over after a 1-0 defeat at home to Exeter City this morning. United fell behind in the latter stages of the first half and despite their best efforts couldn’t find an equaliser after the break .

United almost took the lead in a fortuitous manner after just five minutes when right-back Ben Watt charged down the Exeter keeper’s clearance, but the ball landed just wide of the post.

Towards the midway point of the first-half United came close again when midfielder Elijah Coe cut in from the left and his shot was deflecting into the top corner before being clawed away by the keeper.

Exeter took the lead a few minutes before the break when a freekick wide on the left was sent into the United box and was headed beyond keeper Fraser Barnsley, meaning that United had work to do in the second half.

They came out of the blocks quickly and Watt’s ball over the top was fired inches over the bar by forward Adam Smith before Josh Anifowose went close with a header from a Will Owens cross and then again with a shot from outside the box that was held by the keeper. 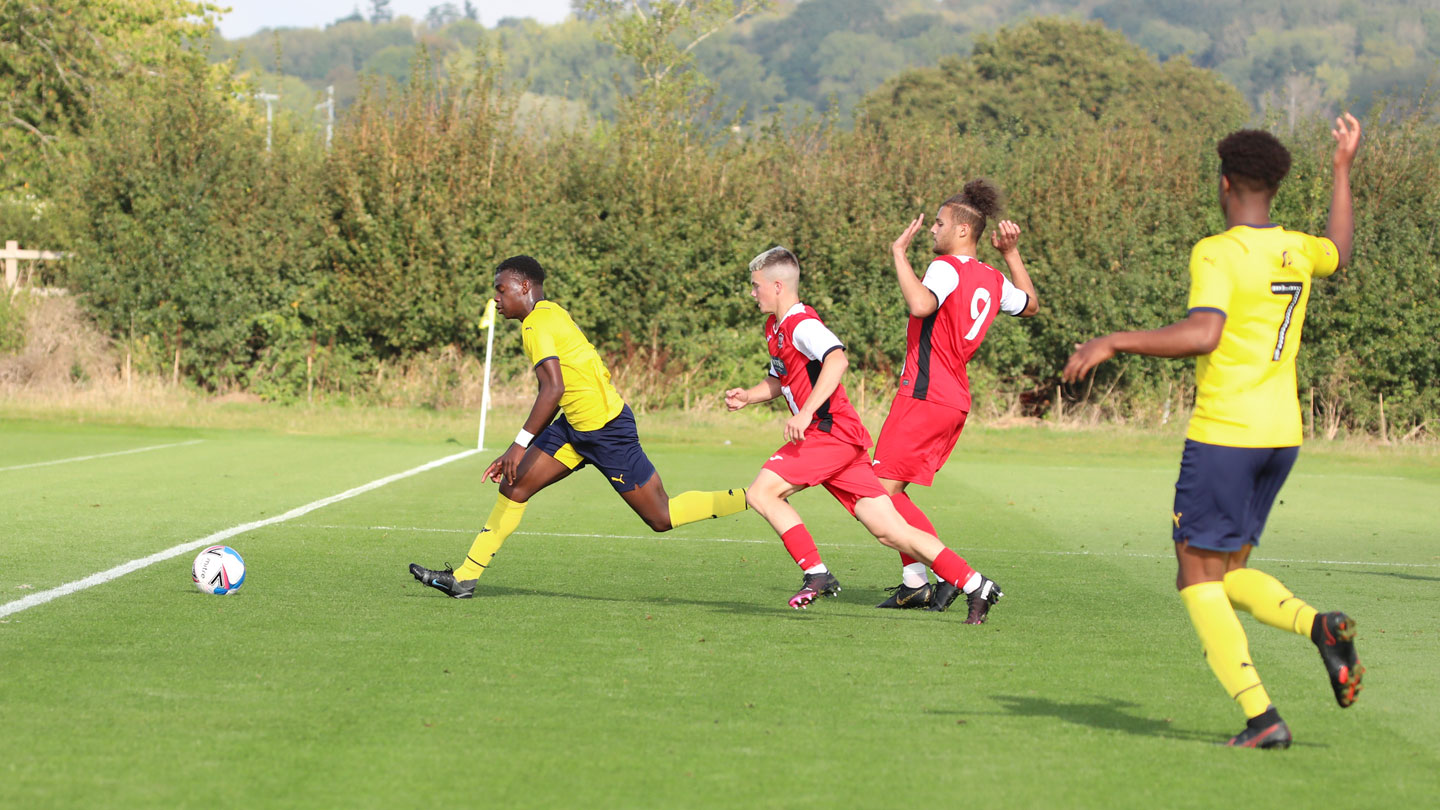 James Golding, up from the back had a header well saved with ten minutes to play and Smith then went close in stoppage time with another strike whistling over the bar.

Exeter held on though and United’s unbeaten start to the season was brought to an end.