Oxford United were beaten at home in the league for the first time this season as  leaders Plymouth Argyle came from behind to make it 12 games unbeaten.

The visitors, undefeated since the opening day, will rarely have been pushed as hard as they were by a gallant effort from the U's who led early through Matty Taylor before goals from Jordon Garrick and two from Panutche Camara decided a pulsating encounter between two very good sides.

It was a familiar combination that carved out the opener, raising hopes of a memorable win. Over the last couple of seasons James Henry has created countless chances for Taylor and five minutes into the game was at it again with a perfect pass beyond the static Argyle backline. Taylor gathered, turned and clipped the ball calmly over the stranded Mike Cooper for a clever finish and an important strike that opened the game up perfectly. 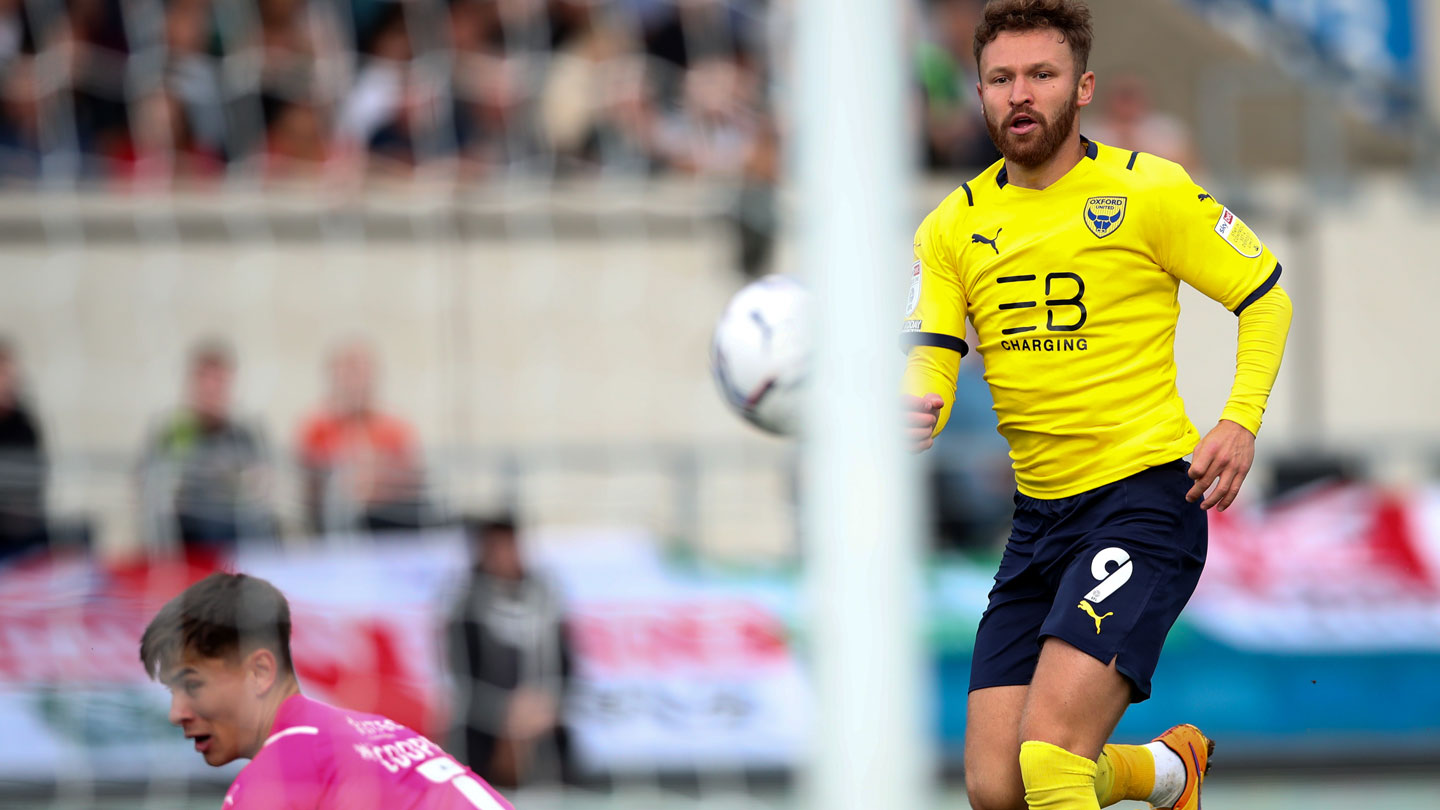 United had momentarily quietened the Green Army but you don’t get to the top of the table without quality and six minutes later the visitors were level as Garrick danced down the left, cut inside Jordan Thorniley and bent an excellent finish across the diving Stevens to plant the ball into the bottom right corner of the net and make it 1-1. 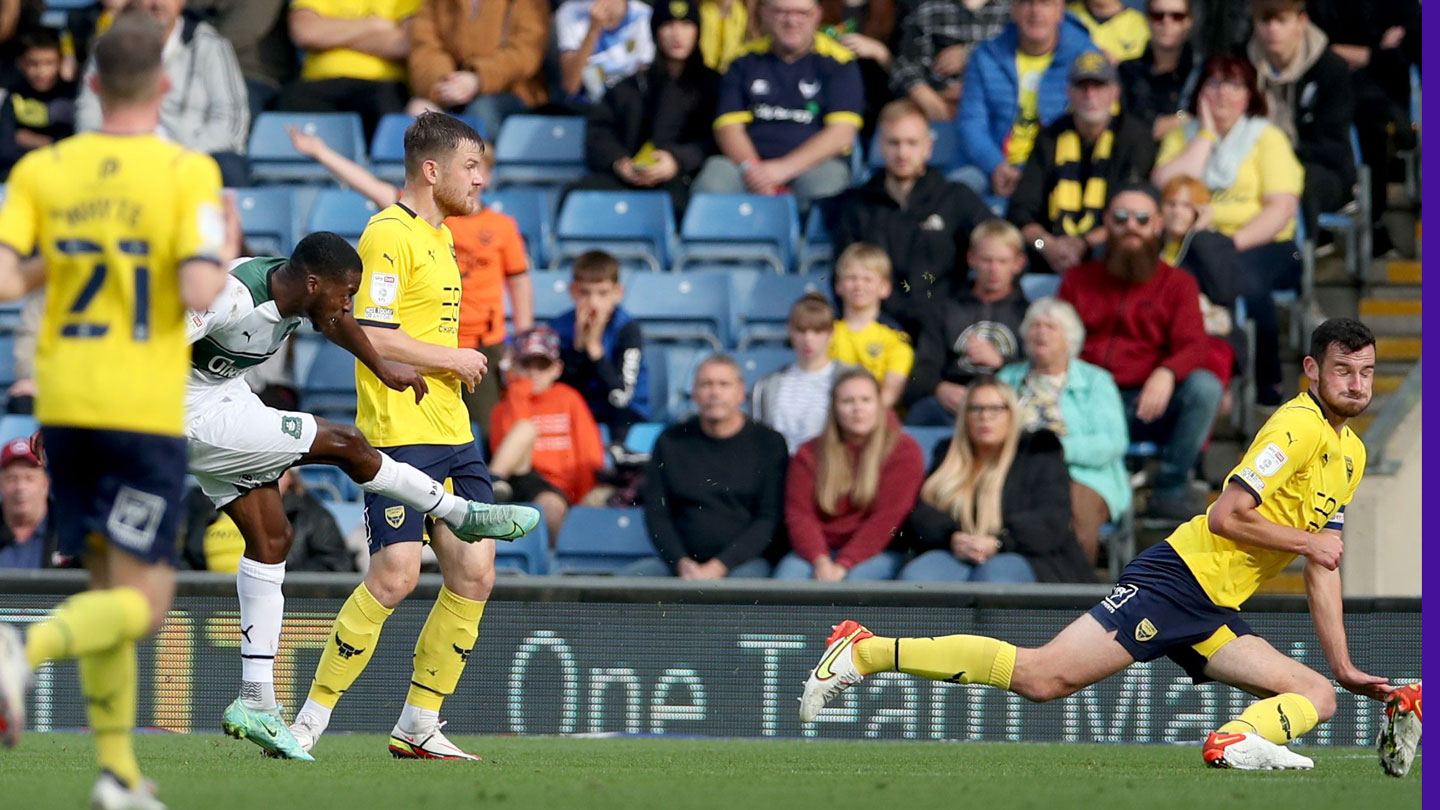 It was a terrific game, with both teams playing attacking football: United in a 4-2-3-1 formation that allowed Gavin Whyte more freedom from the middle of a three behind Taylor, but Plymouth playing expansive football that allowed Camara the space to smash a shot against the post after 25 minutes before he put the leaders ahead on 39 with another good goal. Garrick played a terrific dummy and Camara snapped a flash finish past the over-exposed Stevens to put the visitors in the lead at half time. 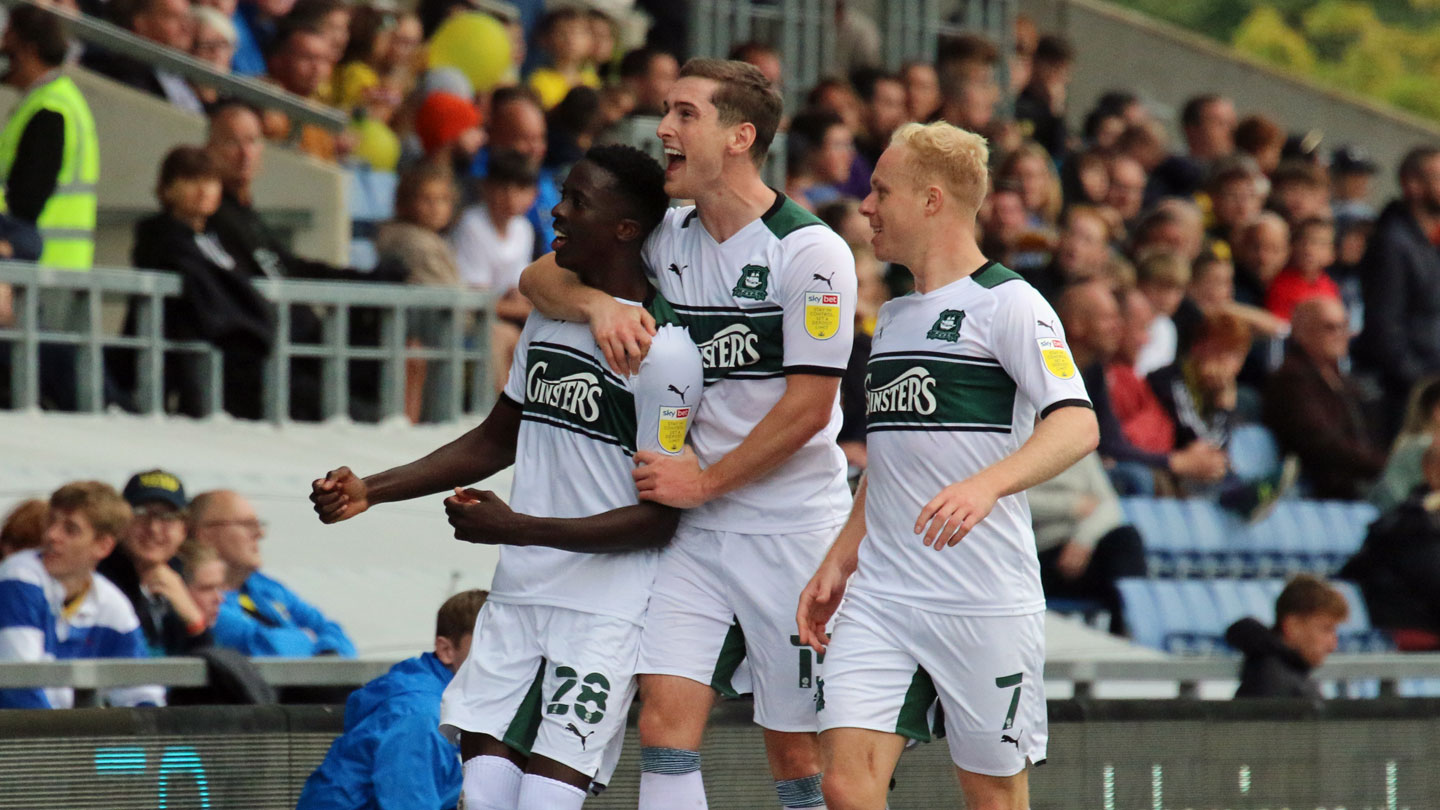 United had matched their opponents in most areas but Plymouth had showed in that half what a good team they are. After the break United did so too as they created chance after chance.

Nathan Holland wriggled through but couldn't pick out a colleague with the cross, Steve Seddon got forward but was unable to guide his back-post header on target and Henry dragged a 20 yard effort wide on 51 as the U's came back strongly.

Henry was again off target after neat approach play from Whyte on the hour, and Whyte then missed the other post by a similar distance two minutes later. Henry blazed yet another chance wide when played through on goal, Whyte dallied and saw a chance blocked and the U's had taken the game to the visitors without capitalising on clear chances and the bulk of possession.

That was costly. Plymouth had ridden their luck but started to create chances again. Camara is far from shot shy and cannoned another powerful effort at goal on 71 that Stevens managed to get a nick on and push away for a corner to keep his side in the contest.

With five minutes left it was game over though with a similar sort of goal to finally clinch the points. Garrick stepped over the ball once more, Camara was unmarked and Stevens had no chance as the ball flew in to the roof of the net to decide the game once and for all.

A long way to go, but Plymouth had shown why they are top. United had done enough to get something out of the game and remain one point from the play-offs, but if they are to close the eight-point gap to the Pilgrims that now exists they will need to be more clinical in both boxes.