Ignore the lack of goals, even the lack of chances, this was an open game, particularly in the first half. United's opportunties came early, with both Mark Sykes and Sam Long testing home keeper Christian Walton before Bersant Celina drilled the Tractor Boys’ best effort of the afternoon against the right-hand post after 18 frantic minutes.

Both sides understandably drew breath for a while after that, but the respective wide men, Nathan Holland and Mark Sykes and Wes Burns and Kyle Edwards, were constantly stretching the game and pinning the full backs back. 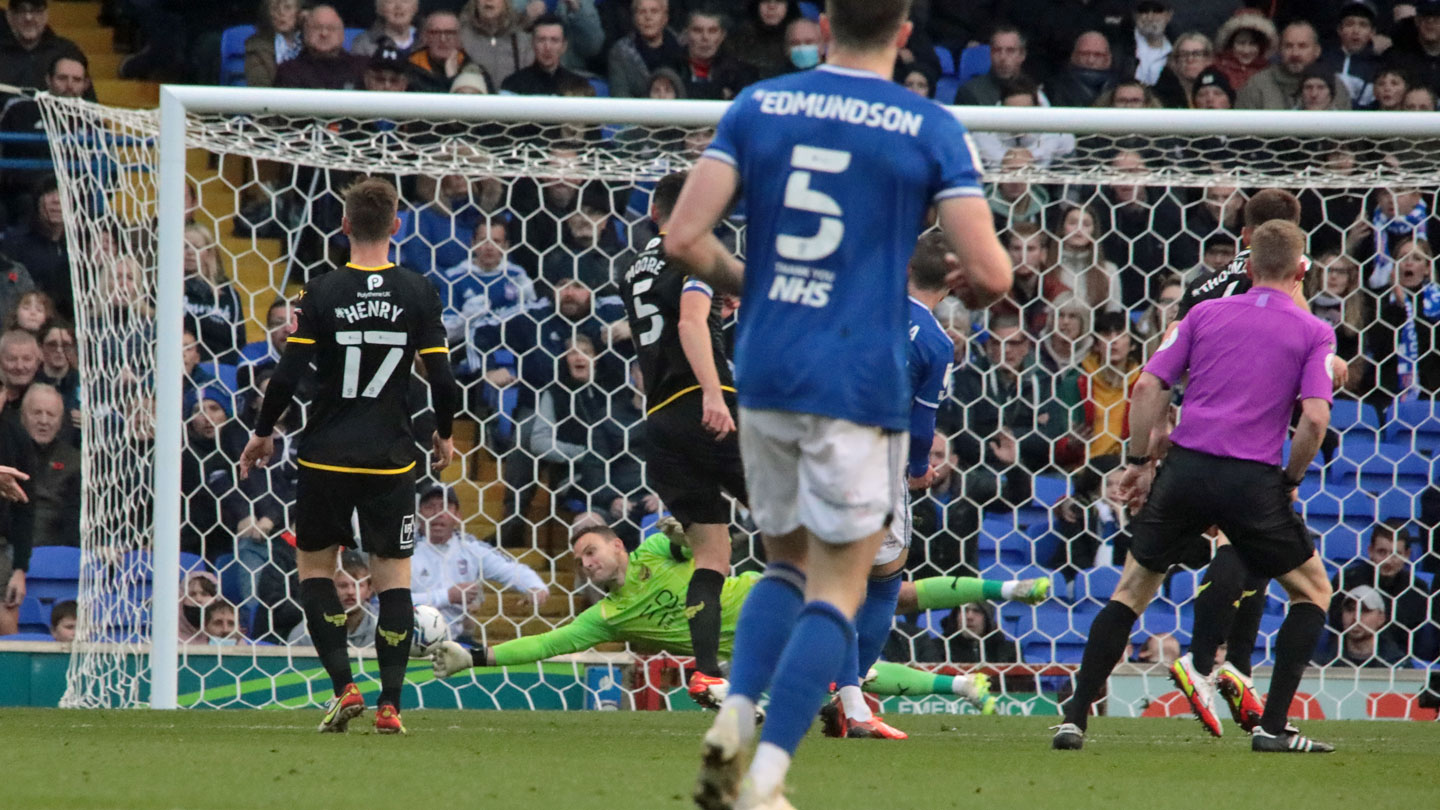 Simon Eastwood needed to make an excellent save from the dangerous Macauley Bonne early in the second half as United soaked up pressure for the first time, a Burns cross flashing dangerously across the box with nobody able to reach it soon after and a home crowd of over 20,000 getting right behind their team and testing the mettle of the outstanding Elliott Moore and Jordan Thorniley at the heart of the United defence.

The away fans, close to 1,000 of them, did their best to lift the men in black and they responded, with the ever-willing Matty Taylor running himself ragged to try and find that elusive space inside the box. Sykes found it after 71 minutes but saw his shot blocked but the prompting of Cameron Brannagan and Herbie Kane in particular kept United very much in the hunt.

Most tight games see a crucial late chance, some days though it is the defences which come out on top. Not much wrong with either team's performances, full of hard work and respect for the opposition and a point apiece probably fair.