Twenty years ago today Oxford United played their last ever game at the Manor Ground.The U’s ended their 86 year stay at their old ground with a 1-1 draw against Port Vale, Andy Scott scoring the goal in front of 7,080 people.Communications Manager Chris Williams was there to see it:

“I remember it being an emotional night for everyone. There were presentations, fireworks, speeches and somewhere in the middle of it all a game of football, in which the soon to be relegated side of 2000/01 lived up to expectations, conceding a late equaliser and denying Andy Scott the right to claim the last goal at the ground. I remember walking away from the Osler Road with my then 6-year-old son and turning round one last time to take a look at the lights.

Twenty years on, I thought it might be good to go and have a look around and see what has happened to Headington in the two decades since. The first thing I found was that we wouldn’t be able to play there now because the whole area is resident-only parking. My old spot next to the Quarry Gate pub would now be a spot next to a potential building plot because the pub doesn’t exist, just a hole in the ground where the bar billiards used to be. Luckily no giant black mushroom for me to knock into it and lose my score.

I walked along the London Road past a deli where GH Williams’ bike/sweets shop was, past long-gone shops such as John Menzies and Smarts; chip shops will have missed the fans more than most. There is a Lebanese restaurant where Cafe Noir once stood, next to a framing shop in place of the former club shop. It’s a busy part of Oxford now but times have moved on: Starbucks is the new Blockbusters and in Covid times our spiritual home at the Britannia was disappointingly still closed by the time I met club historian Martin Brodetsky outside the very pub where the club was formed in 1893.

He missed that meeting but used to stand opposite selling fanzines under the giant yellow arch that marked the entrance to the London Road end of the ground. I still remember the look on the guy’s face when he made an opening bid at the auction to buy parts of the ground and nobody outbid him for the arch. “What am I going to do with that?” he muttered as someone told him that removal and relocation costs were also down to him. 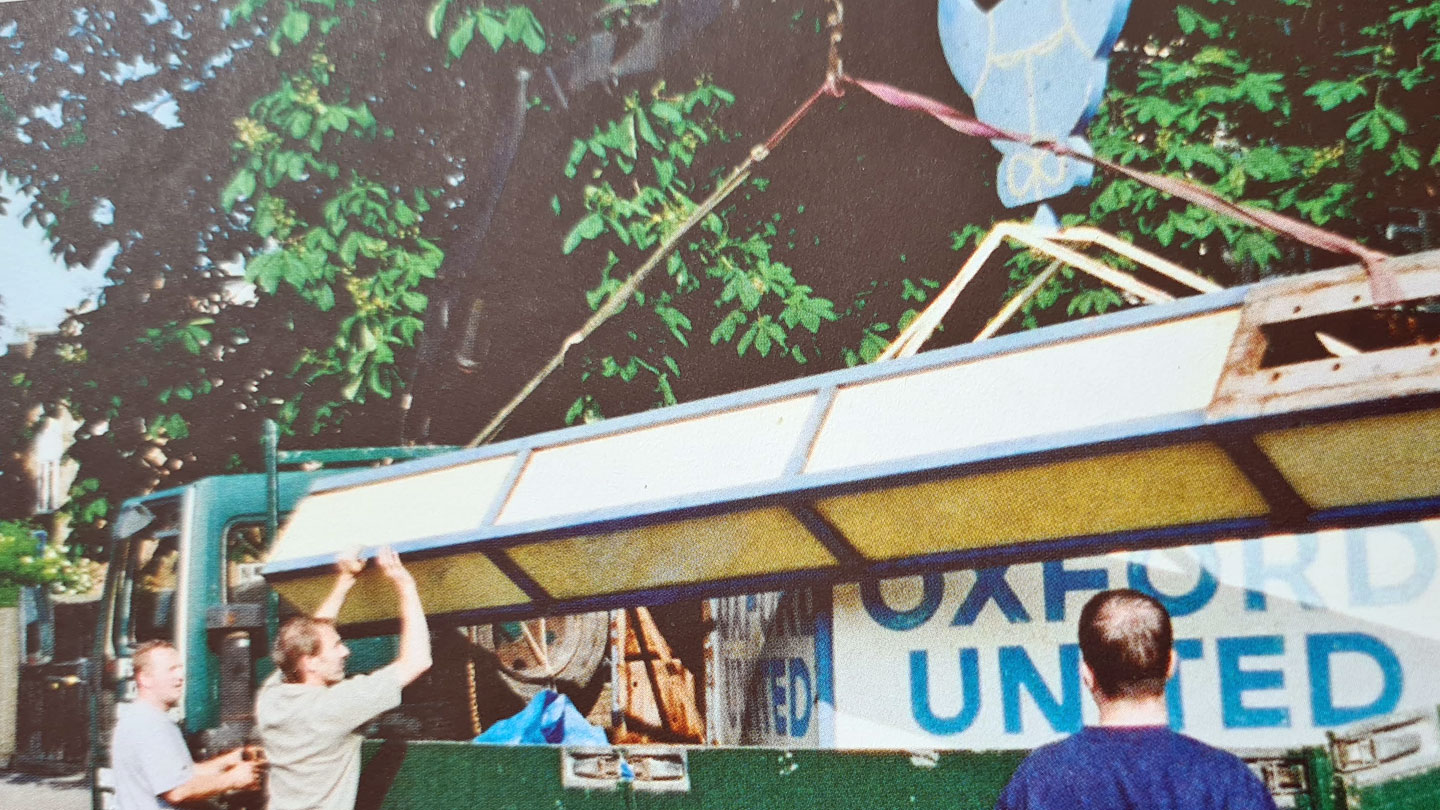 The long walk up from that arch is still there, but where it used to open up to the ticket office on the left and London Road stand in front of you, now you are greeted by apartments and the loading bay of the Manor Hospital. 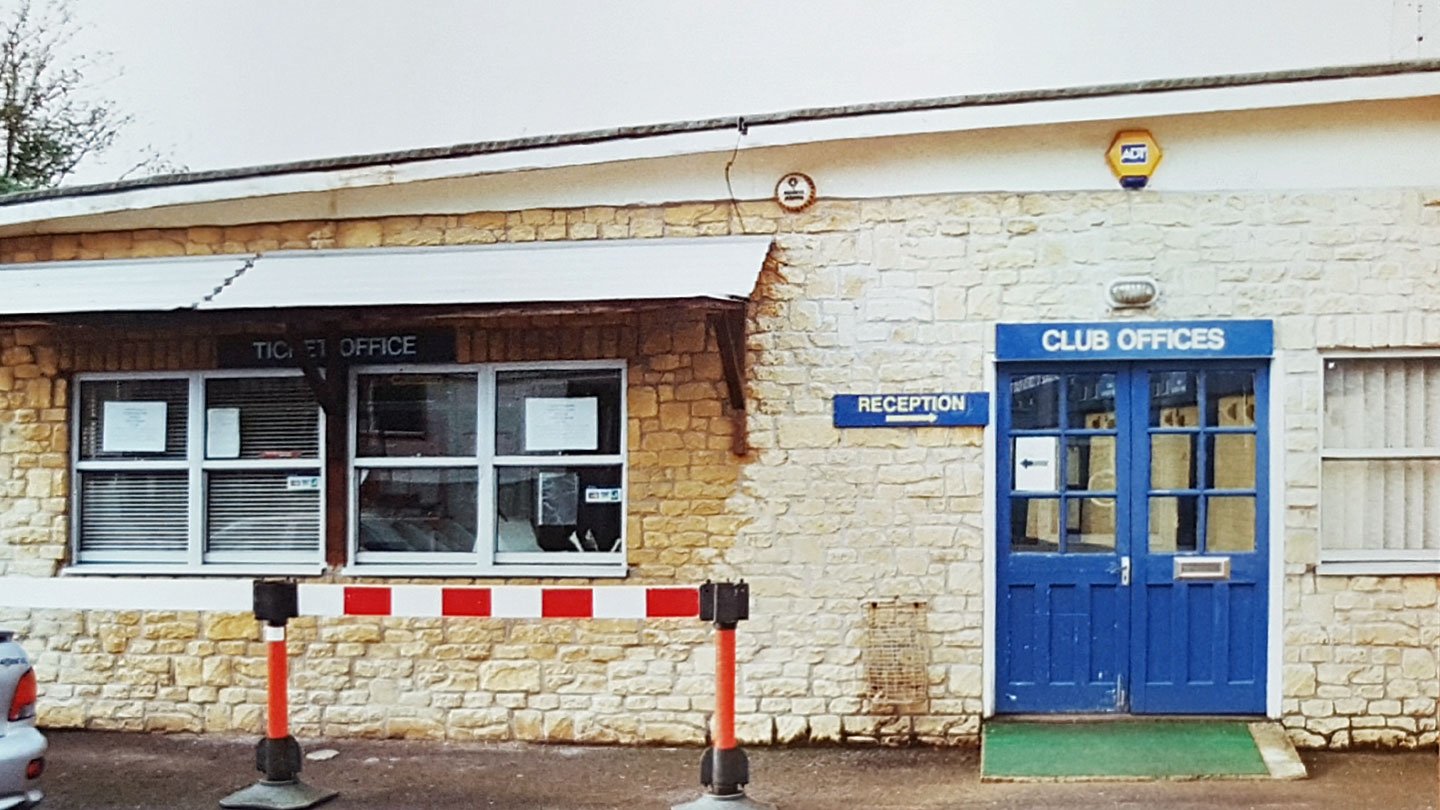 The reception team let us wander around the outside of the hospital and if you close your eyes and say ‘Beauchamp’ three times you can just about imagine our old home. The hospital is roughly the same height as the old Beech Road Stand: a wooden two-tiered construction with open terrace to one side and a low terrace running right in front of it until rudely interrupted by the dug outs and tunnel. 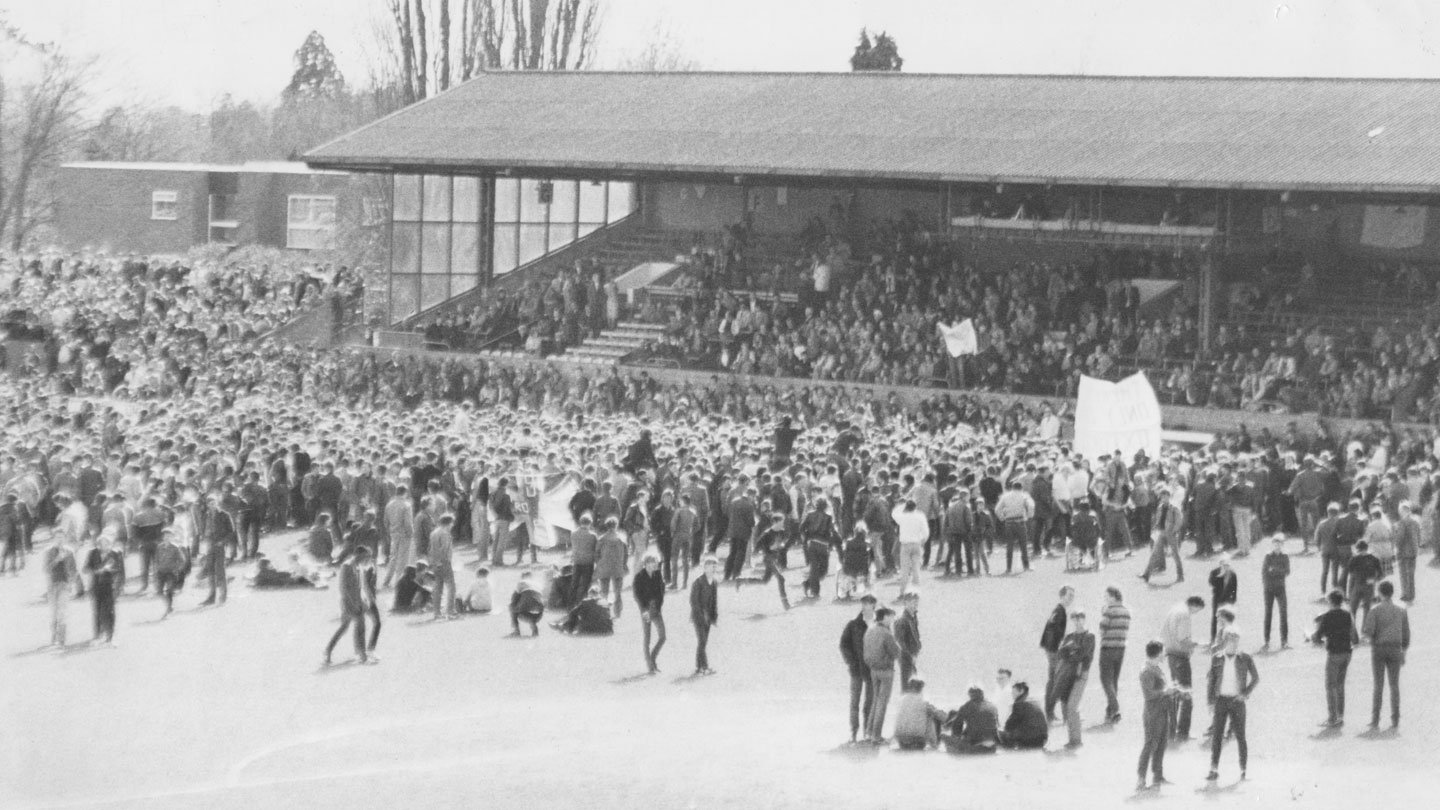 At the far end, the Cuckoo Lane away end is now smart apartments and a small communal garden, with the grounds of the John Radcliffe hospital just behind. There is no sign of the two small stands which used to stand shoulder to shoulder in that corner of the ground; one of them, the Manor Club, was the former dressing rooms with a tin bath.

By 2001 the ground wasn’t truly fit for purpose. It had originally been built piece by piece, brick by brick, by fans and staff working side by side. My own standpoint, the Osler Road, had gone from a tin shed which showered rust on your head whenever a Rhoades-Brown slice ended on the roof to two different areas: seats nearest the away end, a covered terrace along the other half of the pitch. The slatted windows on the halfway line toilets afforded a great view of the pitch too.

We were a quiet lot in the Olser. Me, my dad, Dan, Angelina, Helen, Jude, Chris, Sid, Mick, Laura, Derek, Chris, George, our dads, our friends and hundreds more who preferred the side on action to the rowdy element to our left in the London Road. I stood there from time to time, loved the atmosphere, but preferred to celebrate a goal in my own space rather than having to pick myself up from a concrete step 10 yards away from where I started. 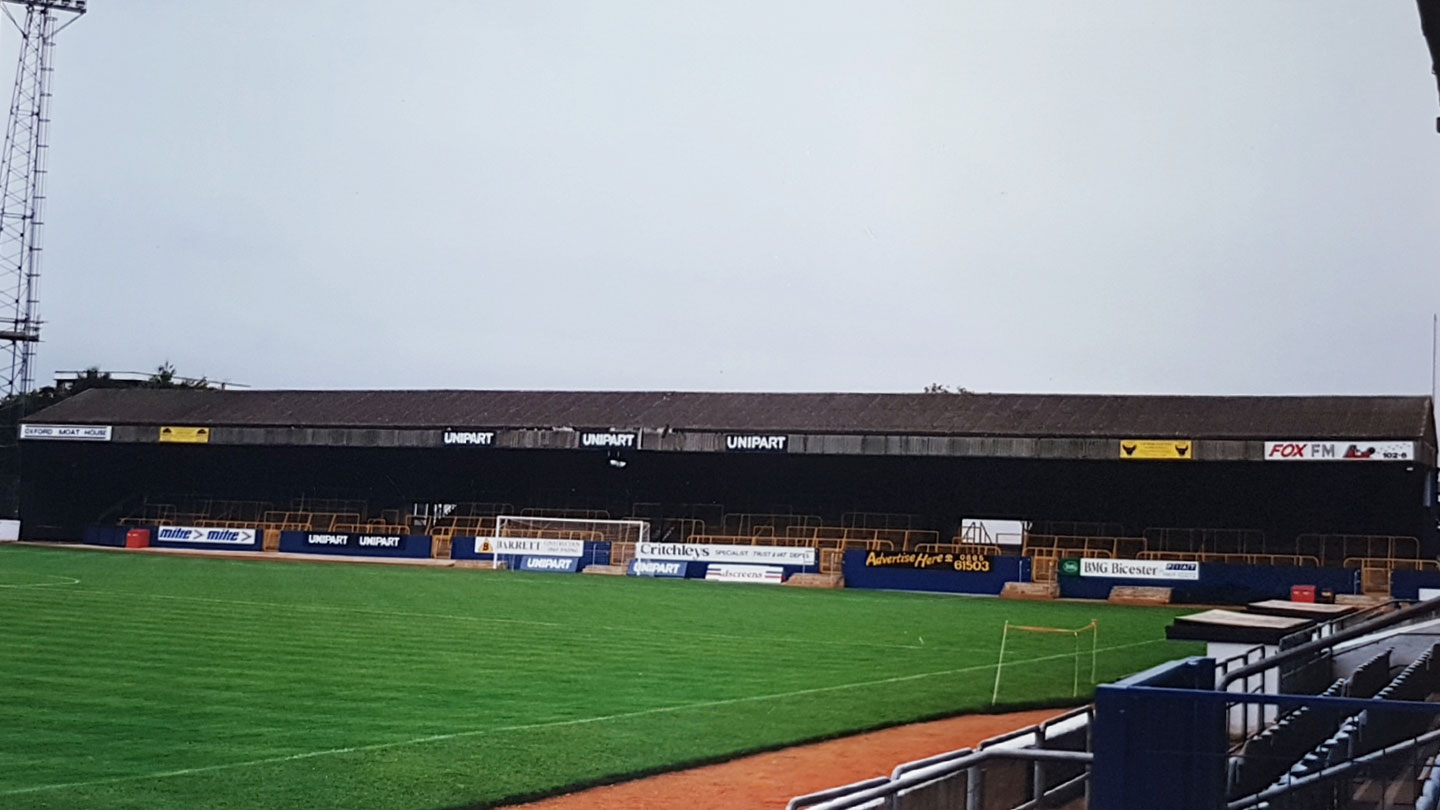 The bowls club is still there behind the Osler Road, I’m pleased to say, one of the few things that have survived the passing of the years. The underground hospital car park is accessed via the same small road where the programme seller and half-time draw sellers used to take my money as I approached turnstiles allegedly opened by my Mirrorcard season ticket (in reality the system broke years before and I swear the turnstile operator used to mutter ‘beep’ under their breath to signal you could push through into the ground).

Into a ground now long gone.

In that summer of 2001, I started working at the club. Maybe it was something I said, but the rest of the staff swiftly left for the Kassam Stadium and rather rudely left me behind with Manager Mark Wright and the players. I spent my days building a new website and barking at wandering fans who would come in and try to dig up turf or steal signs from the walls.

I went back six months after we left and the demolition crew were having much the same problem, with people looking for keepsakes. In 2011 I went back with the club’s first pro, Jack Casley, former winger Joey Beauchamp and ex-Manager Malcolm Crosby. We all came away a little sad, I think, to see a place that we loved now just a shared memory

Ten years further on and only the stucco mural near the entrance reminds you that there was once a football ground here at all.

The signs for London Road, Beech Road, Cuckoo Lane and Osler Road are still there, black and white reminders for fans of my era. But that’s two generations ago now and football has moved on.

Have I? I’m not sure. All I know for sure is that whenever I go past that London Road entrance on a 280 bus, I still crane my neck and try to see where we used to play. Long time gone. Still missed by us all. 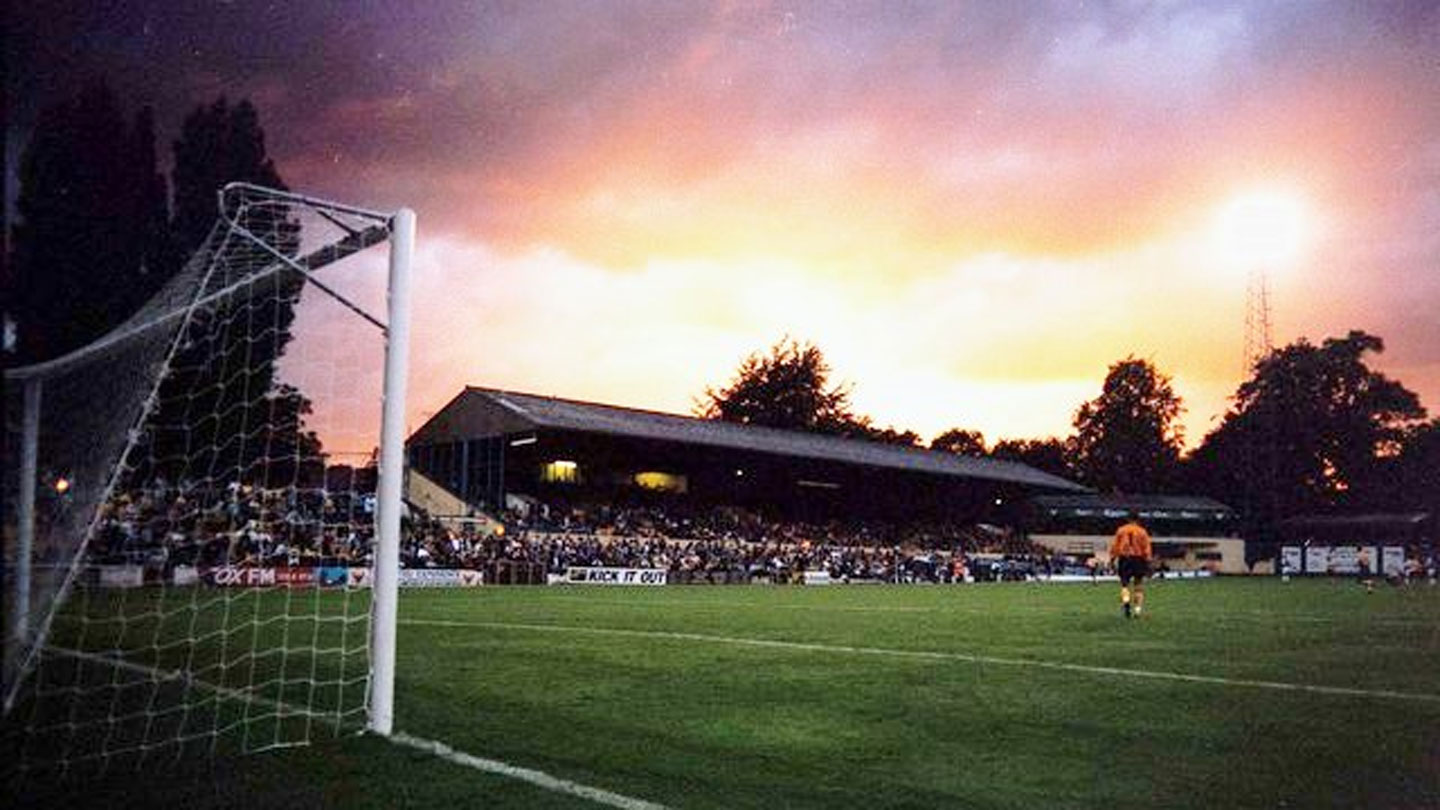 Chris Williams is the club's Communications Manager but the views expressed in this article do not necessarily reflect the views of the football club. We just don't know how to stop him