Oxford United face a massive task if they are to reach the League 1 play-off final for a second year in a row after losing the home leg 3-0 to Blackpool at the Kassam Stadium this evening.

Two goals in three minutes in the first half, the first from Oliver Turton and the second from Ellis Simms, ruined the party mood as 4,000 fans returned to support their side for the last home game of the season. A second from Simms after the break left a frustrated United needing to overcome a three goal deficit when the sides meet again on Friday evening at Bloomfield Road.

Four thousand people made the noise of 12,000, roaring their support all evening and turning the stadium yellow with shirts and flags as players and fans were finally reunited, but United were rocked by two goals halfway through the opening period as Blackpool underlined why they finished highest of the play-off teams.

A good block from Mark Sykes and a first save from Jack Stevens kept Blackpool at bay for a while but they were in front after a quarter of the game with a set-piece goal that the U's should in all honesty have cleared. An in-swinging free kick, a dangling leg rather than a thumping clearance and a simple close range finish from Turton into an unguarded net. 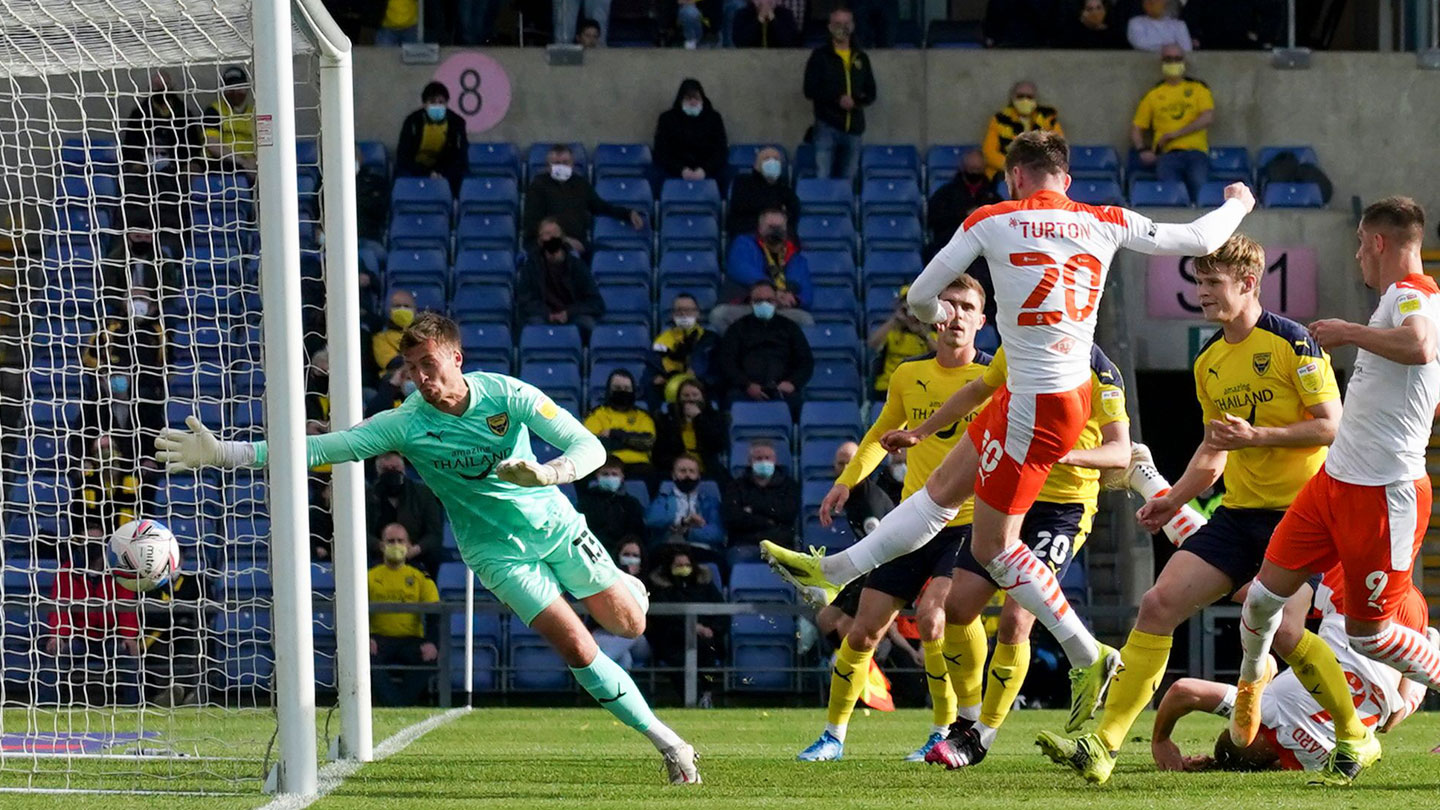 It got worse very quickly as Simms doubled the lead with a much better goal, cutting in from the right and smashing the ball past the horribly exposed Stevens to give the visitors a priceless two-goal cushion before we had even reached the half-hour mark. 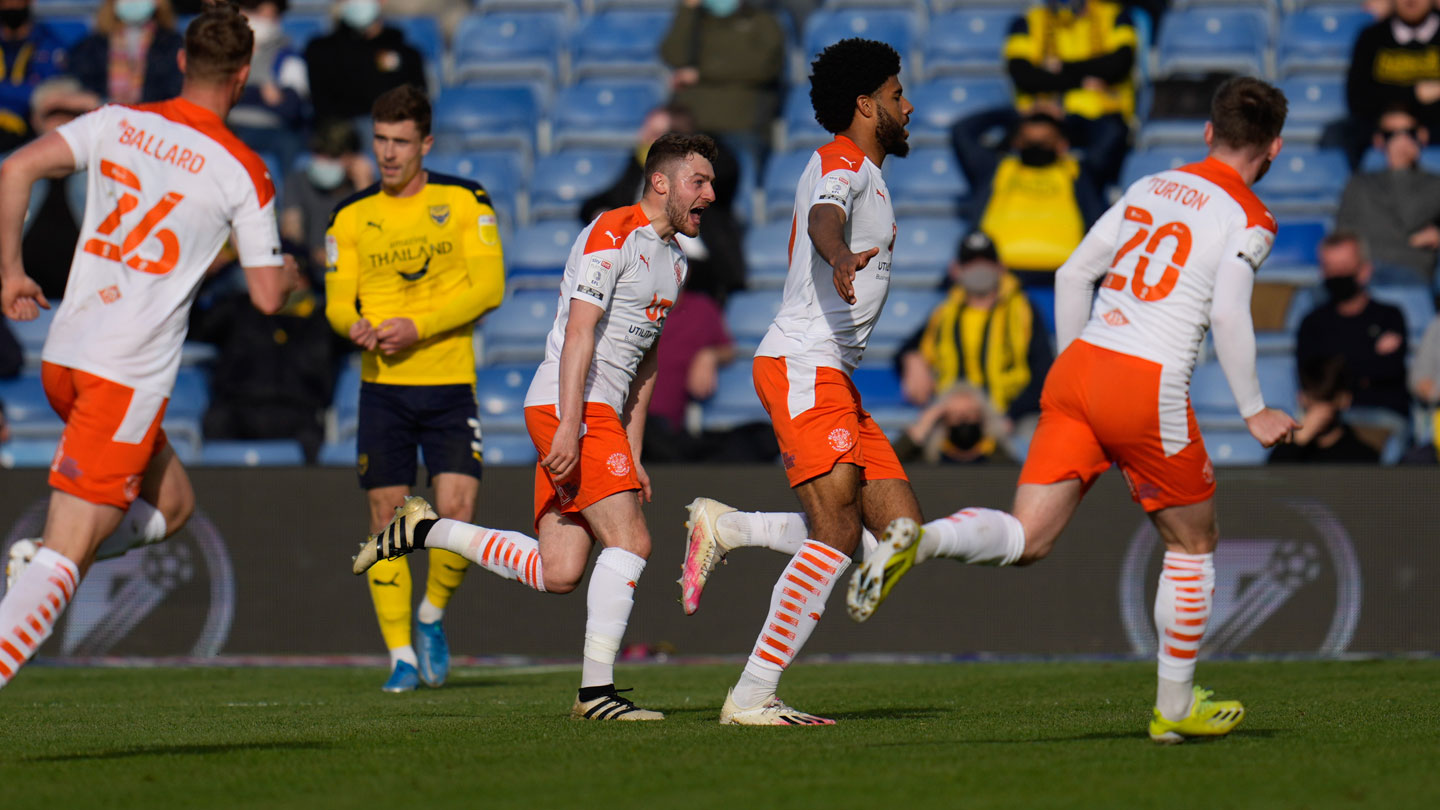 United haven’t panicked all season and gradually edged their way back into the game, Brandon Barker and Sykes ever willing to run at a visiting back line that could now sit in their lines, take the sting out of the game and look to play on the counter.

Matty Taylor had a shot blocked after Barker and Elliot Lee had created a half chance shortly before the break, but United hadn’t tested keeper Chris Maxwell and had plenty left to do at after a frustrating 45 minutes.

The U's were almost back in it soon after the break as Sykes burst clear but found Maxwell up to the task, clawing the ball away as the midfielder bore down on his goal at pace. Had that gone in then the story might have been very different.

The Seasiders doubled up on the elusive Barker, worked their tangerine-tinted socks off to deny United space and invited the home side to break them down. Barker burst past two men and set up James Henry for a difficult chance that flew into the fans behind the goal and the crowd began to play their part - noise coming from all three sides of the ground and the players visibly lifted by the encouragement.

Those fans deserved a goal but the more United pressed the more dangerous a game they played. On 73 minutes they were 3-0 down as Blackpool robbed sub Dan Agyei in their own box, charged the length of the pitch and Simms coolly strode through and slipped the ball past the stranded Stevens to turn it in to a tangerine dream for the away side. 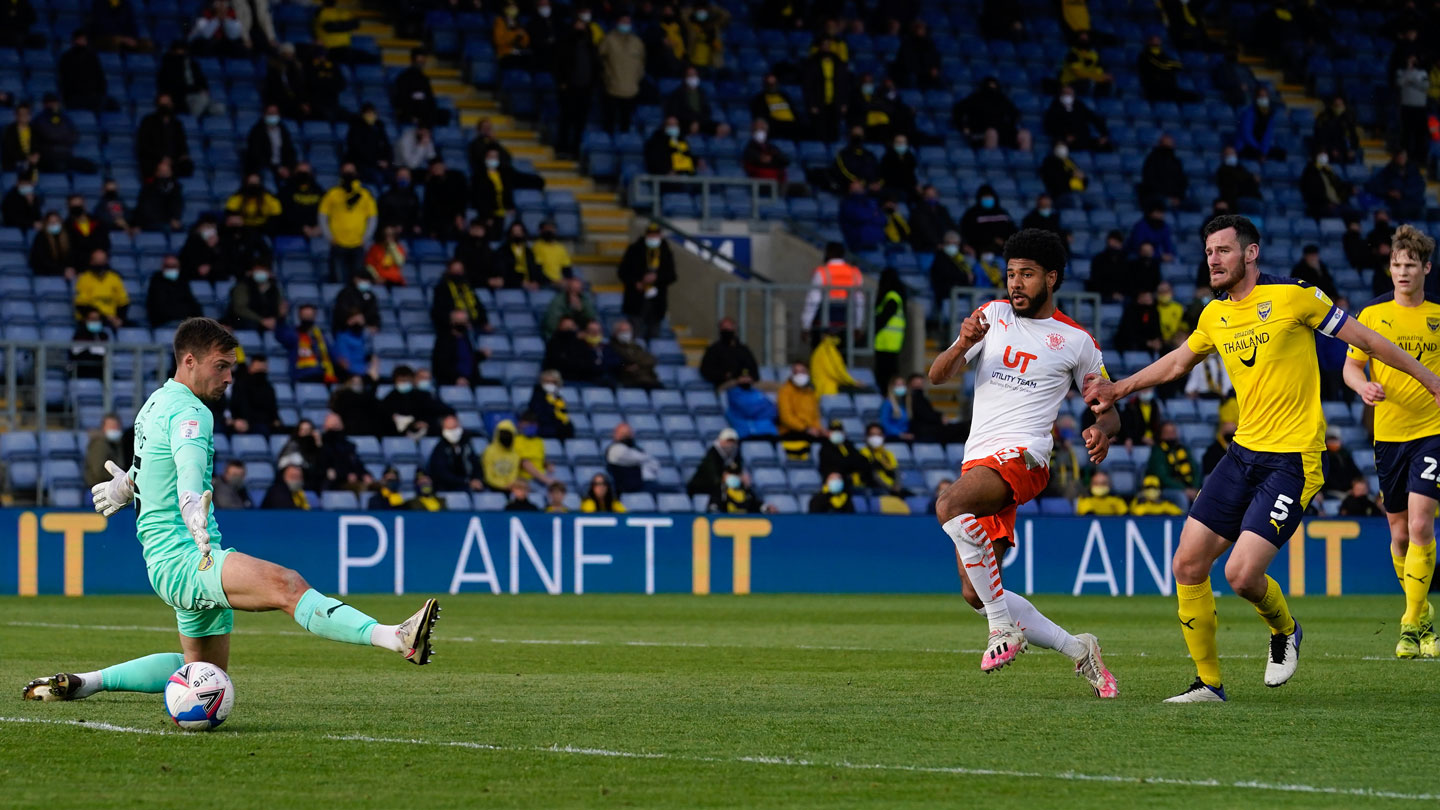 So much expectation, so much hope and now just 90 minutes to try and achieve something quite remarkable.

In a rollercoaster season United now face the Big One...