The Oxford United Academy ended their season with their awards presentations yesterday and there were two very special awards among them.

The Kevin Durham Memorial Trophy is presented to the most promising Oxfordshire player at under 15 level and is named in memory of former striker Kevin who died in 1991, shortly after helping Barnet win promotion into the Football League. 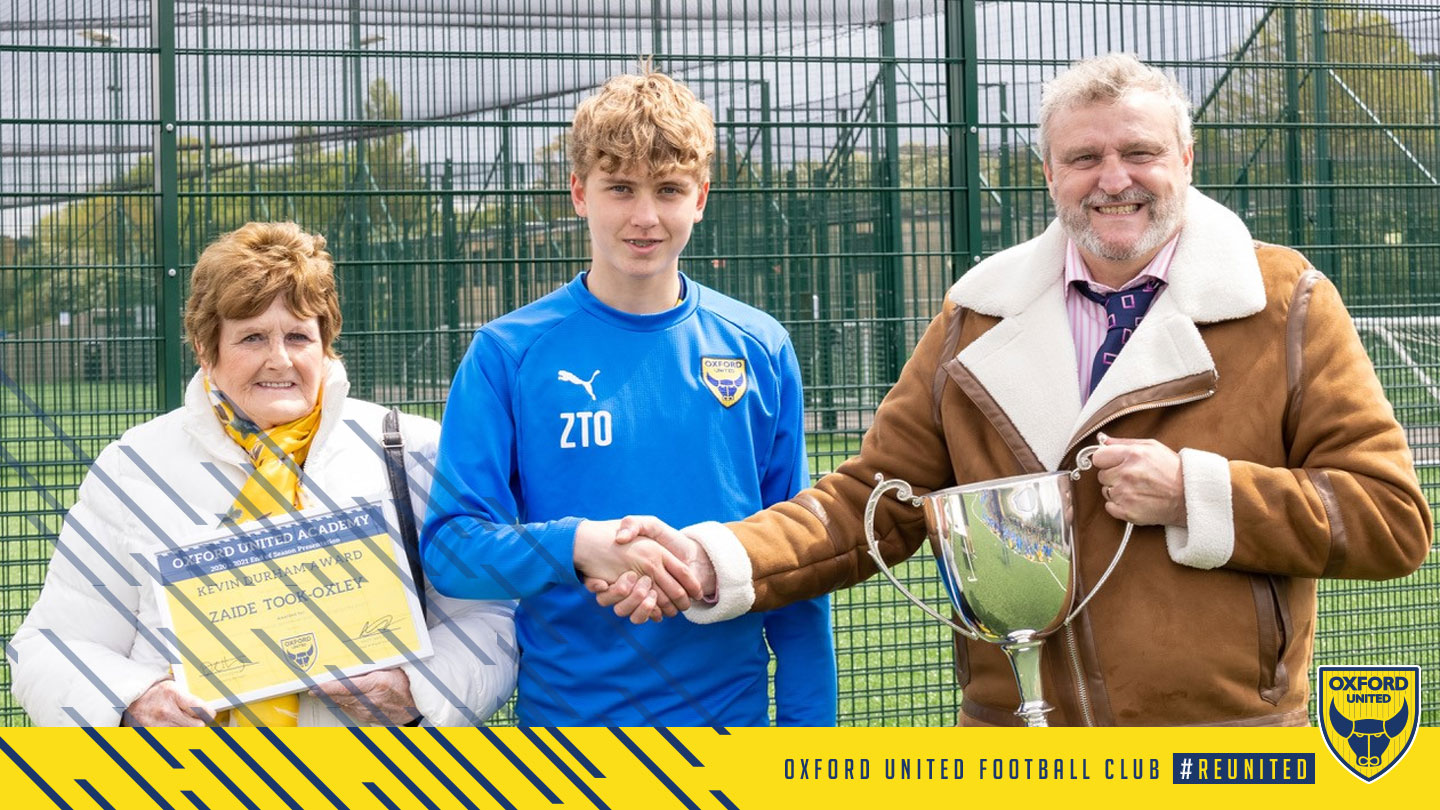 This year’s winner was Zaide Took-Oxley who was presented with the trophy by Kevin’s mother and his brother Tony.

The Randall Bates Trophy is presented each year to the most promising player at under 14 level and is named after the much loved coach who did so much to help local football until his untimely death five years ago. His daughter Claire proudly presented the award to Harrison Bradney 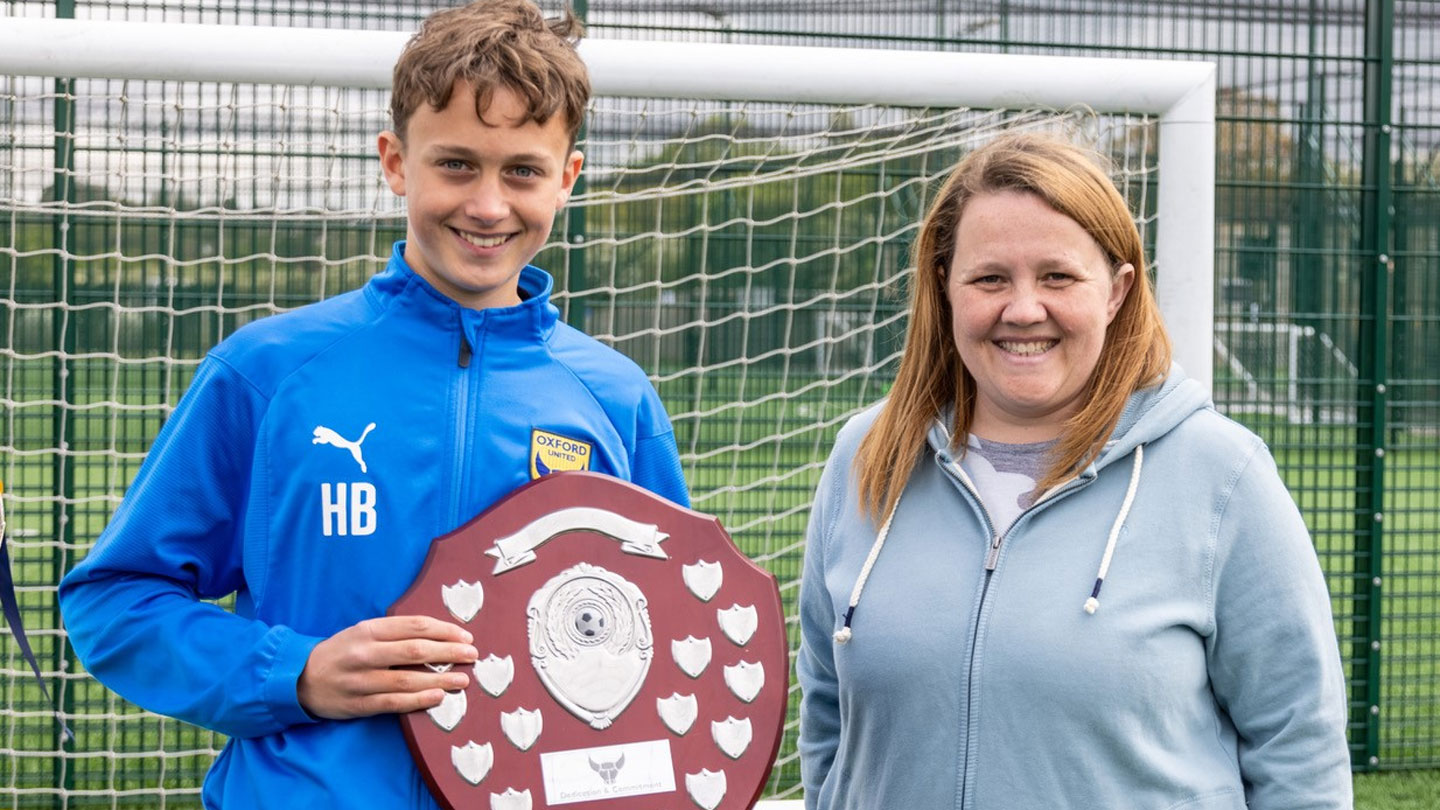 “Both Zaide and Harrison have been outstanding this year and fully deserve their awards. Zaide has been playing a level up and already been involved with the under 18 side. He is a natural leader and ambassador as well as a very good footballer.

“Harrison is another local lad who is very influential and really embodies all the standards we expect of our players. He also epitomises the values that Randall stood for so he is a very worthy winner this year.”

Other awards went to the Under 18s as team of the year for winning their second title in three years, with coach Chris Hackett winning Coach of the Year

“That was a nice moment” Dan said. “Chris came through the system himself before a long and distinguished professional career and he really stepped up this year in very testing circumstances. Matt Jarvis winning the Staff Contribution award was fitting as well during a really positive but also very hard season for all of us.

“I want to thank Niall McWilliams for coming along to present the awards: Niall is a big supporter of the Academy and we thank him and everyone else who has helped us make this season a success.”

Goal of the Season went to Lucas Griffiths-Brown of the under 12s for a last minute free kick at Brighton while Eddie Brearery won save of the season for a magnificent triple save against Bournemouth.

Players Player of the Year

Academy Goal of the Season - Lucas Griffiths-Brown FK vs Brighton in the last minute for the U12s
Academy Save of the Season - Eddie Brearey triple save vs AFC Bournemouth U23s
Academy Team of the Year - U18s for their 2nd League title in 3 years against a backdrop of Covid restrictions
Academy Coach of the Year - Chris Hackett - for leading the U18s to the League title alongside Leon Blackmore-Such and then Pablo Haysham.
Randall Bates Award for Outstanding U14 Player - Harrison Bradney
Kevin Durham Memorial Trophy for Outstanding U15 Player - Zaide Took-Oxley
Academy Values Award - U15s Aidan Elliott-Wheeler for battling back from a serious Leg Break to then feature for the U17s.
Outstanding Staff Contribution Award - Matt Jarvis for his work in support of our young players during lockdown.