Oxford United came out on top against Swindon Town this evening when goals from Brandon Barker and Dan Agyei earned them a 2-1 win at the County Ground. Sandwiched in between the goals came a crucial penalty save, again, from Jack Stevens, and there was late drama after a Taylor Curran goal in injury time, but otherwise United were full value for a win that once again put them right in the play-off chasing pack..

It took just two-and-a-half minutes for the opener. Imagine the scenes had fans been in the ground, even if most would still have been in the park at the opposite end, trying to get in. Instead the noise all came from the bench when skipper Elliott Moore sprayed a superb ball across to the left wing and Barker cut inside past a half-hearted home challenge. Swindon backed off, Barker let fly and the ball was past keeper Connal Trueman, via a deflection, to give United an early advantage. 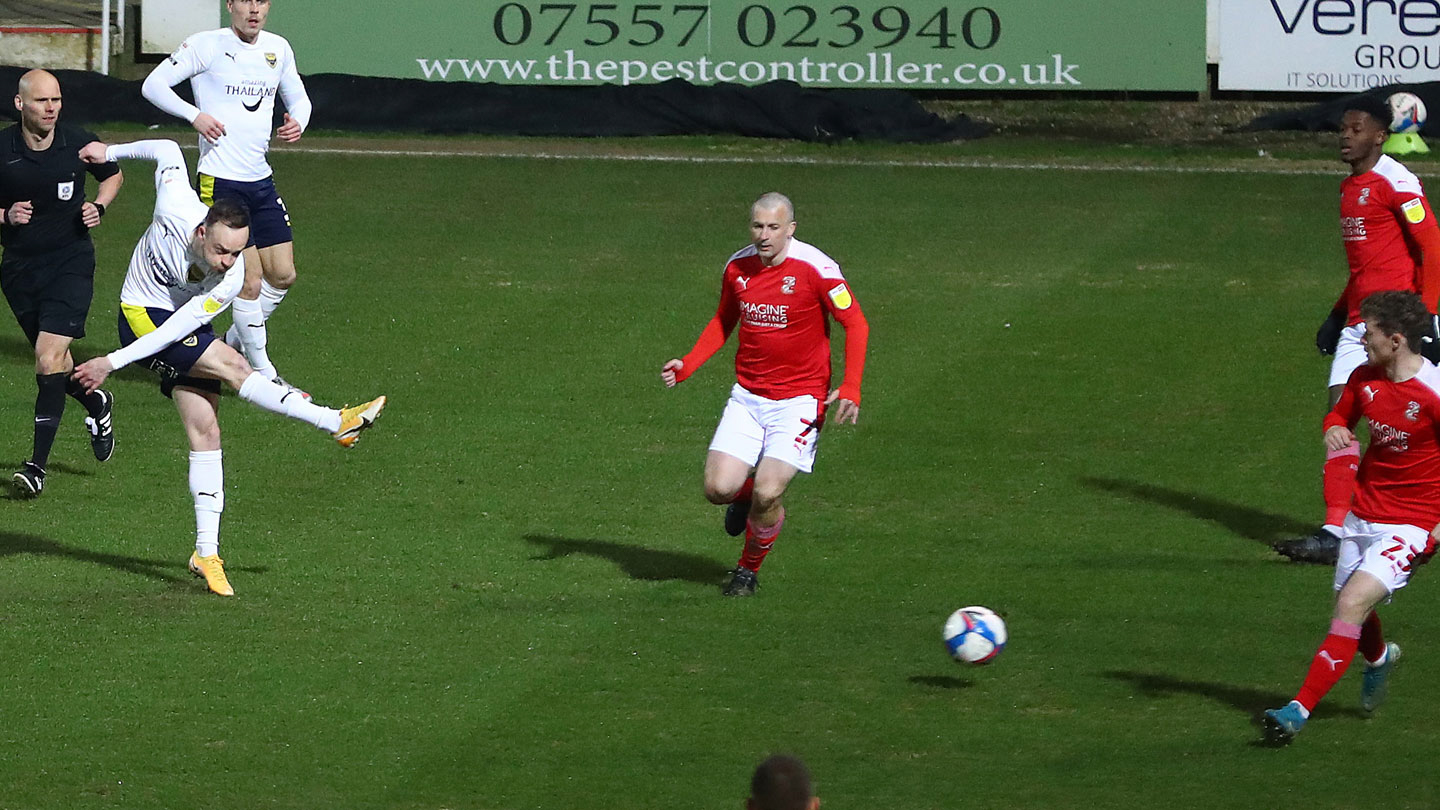 Maybe we need to talk about the effect of playing a derby with no fans. This was still a full-blooded local derby despite the empty stands. Jordan Lyden’s thunderous challenge on Elliott Moore in the first ten minutes set the tone with a yellow card and Mark Sykes smashed into a similar challenge after half an hour which left Lyden swathed in a bandage for the rest of the first half. Ref Charles Breakspear kept his red card in his pocket but had either of those incidents happened with a full house hollering for justice, then who knows what the outcome may have been?

Either side of those moments, United largely had control of the game. Scott Twine tried his luck with a ropy effort from all of 35 yards for the home side and Jordan Garrick on the right wing was a constant threat, but Cameron Brannagan was a lot closer to the goal with a powerful blast from closer range after 20 minutes and Moore saw a header saved by Trueman, while Sykes was denied by a brave block from Tom Broadbent after another Barker burst.

A Ruffels overhead kick in injury time sailed over the bar but the U’s were full value for their half-time lead with Lyden being forced off at the break, not with a bang but with a wimple. 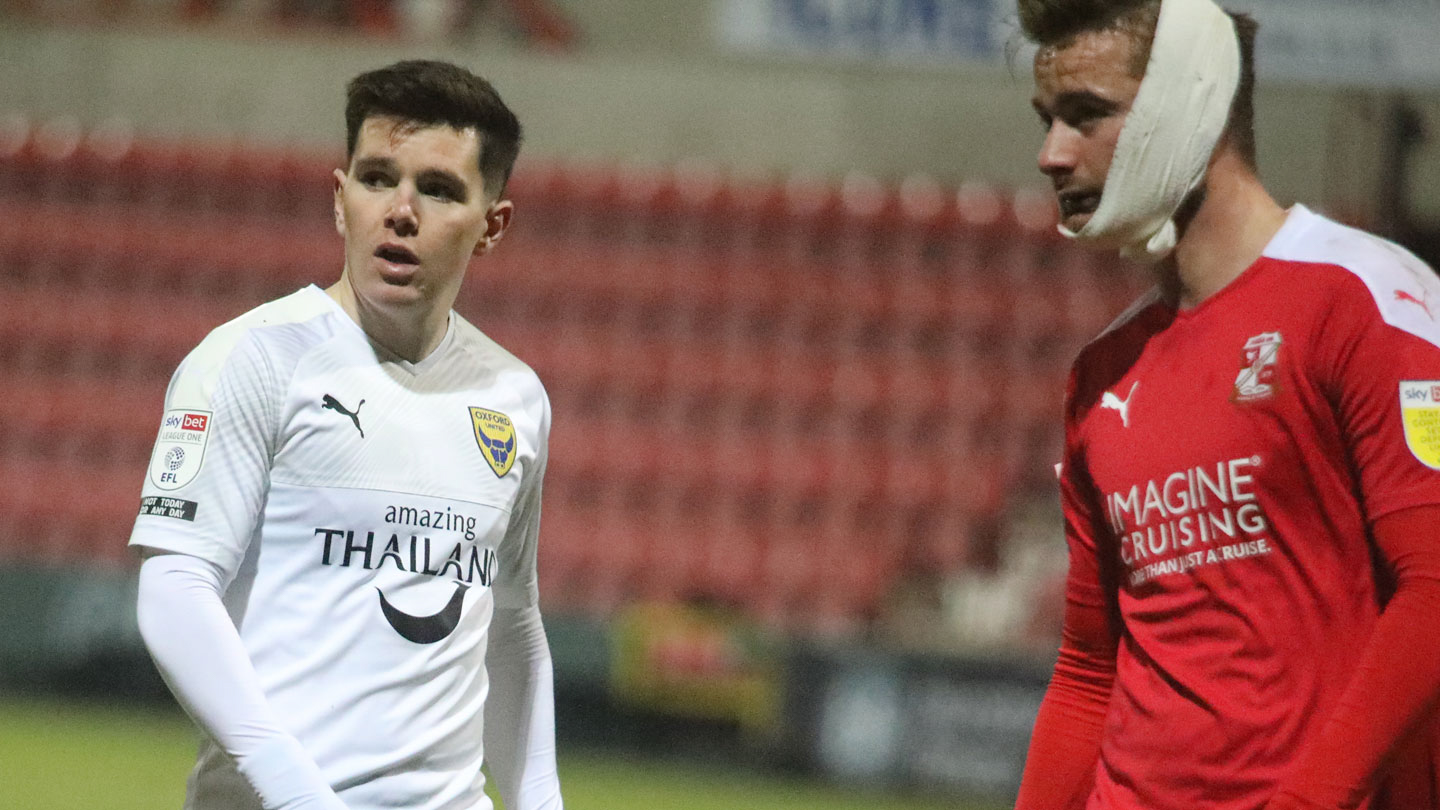 The second half was much the same. Stevens was grateful that a punched clearance was volleyed wide when he was stranded but didn't have too many actual saves to make until his crucial intervention.

Meanwhile, the pace of Barker was causing the Robins all sorts of problems down their right. He had a fierce drive blocked by the keeper at his near post and sent in a number of crosses which just missed their mark as United pressed for a second goal to kill the game off.

Matty Taylor drifted across the area but was a yard the wrong side of the post and United were undeniably on top but the game at the Kassam Stadium earlier in the season had been similar and then drifted away from United when they failed to put the game to bed. This time, Stevens was simply not having it. With 70 minutes gone Anthony Grant rolled past the United line and went over a trailing leg to give the experienced Brett Pitman the perfect chance to score from the spot.

Stevens, fresh from his heroics in saving from the spot with the last touch of the game on Saturday, again went the right way and made a crucial save to keep his side in front. Marvellous. If the other end is the Robbie Hall End, this can be the Stevens Stand/Beano Box.

The only thing that could stop United now was nerves. And then came Agyei. On as a sub, the striker's first touch was to turn and run at goal within 30 seconds of his introduction. BANG. 2-0. No limbs but surely the game was safe? 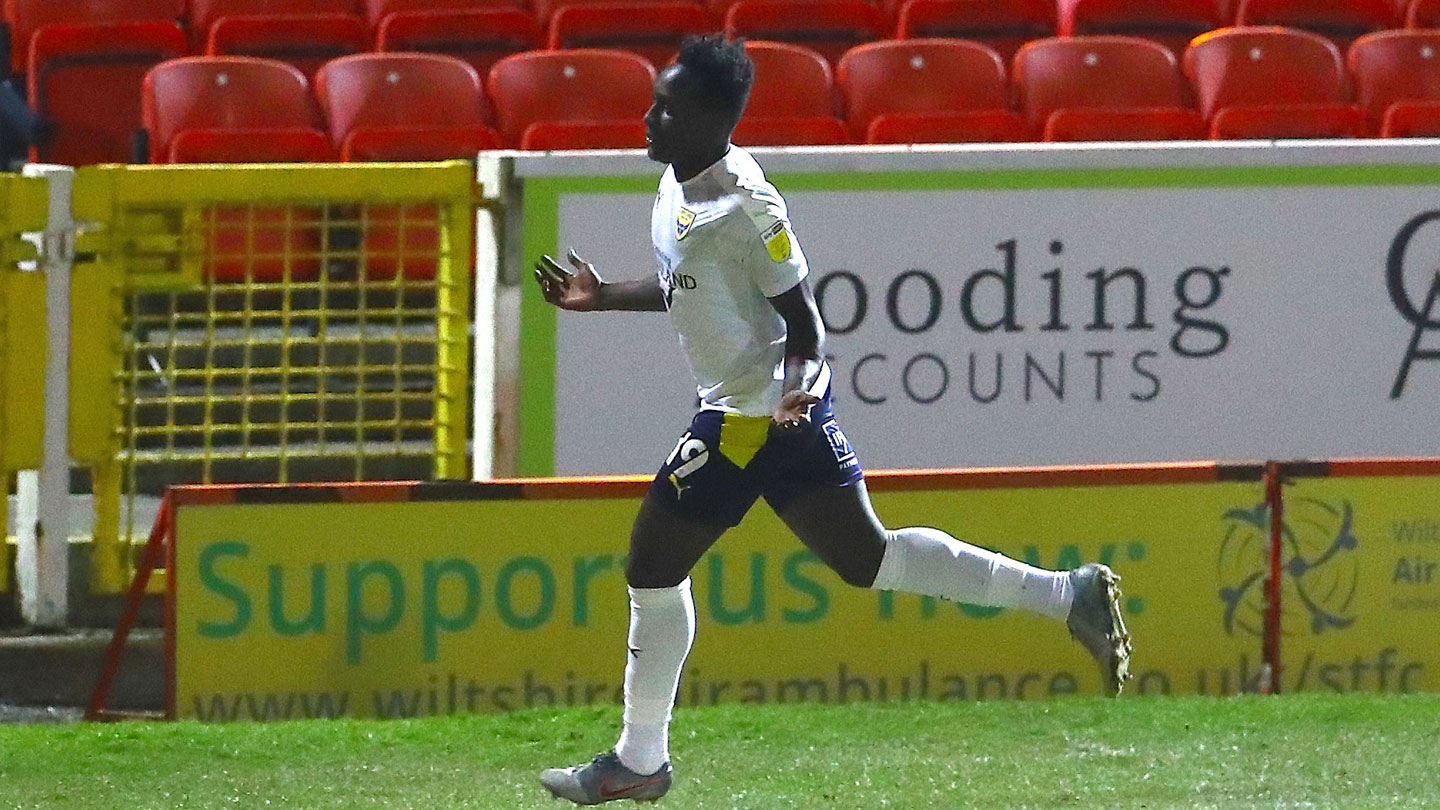 Nope. It was a derby, what were you expecting? Last minute, free kick sent in, Stevens scrambling and Curran stabbled home to set up one last spell of sustained drama.

United showed fierce determination and were not about to fall for the same trick twice in one season. In the end, a thoroughly professional job and a big three points.

The only shame is that the Yellow Army couldn't share it. One day, soon, we can all be United here again.