A second half goal from Sam Hoskins was enough to give Northampton Town a priceless three points tonight as the U's lost 1-0 at the PTS Academy Stadium.

United were curiously flat for the second game in a row until a frantic finale and paid the price when Hoskins slotted home a neat finish to decide a scrappy game in which the U's worked hard with little to show for it.

It might have been different had they taken the lead in just the fourth minute when Rob Atkinson’s close-range effort looked over the line and was possibly cleared with an arm, but play went on and Atkinson took revenge by blasting his next effort into a Cobblers’ cobblers from even closer range. Hilarious to all but the stricken defender.

That first effort had come from a Joe Grayson set piece and the on-loan Blackburn man’s delivery with his left foot added a new weapon on his league debut, notable after Karl Robinson described his team’s set-plays as ‘abysmal’ in the defeat to Blackpool on Saturday.

This time they looked stronger from set pieces. Ruffels and Atkinson both headed good deliveries wide before the break and Winnall had nodded one into Mitchell’s arms, but they didn't open up Northampton too much from open play and the home side looked energetic, forcing Atkinson and skipper Elliott Moore into sliding blocks inside the first 20 minutes, without truly looking like getting close to Jack Stevens.

When Danny Rose did get a sight at goal after 25 minutes he was closed down by Winnall and the shooting opportunity was denied once more, although Winnall’s better work was at the other end of the pitch where he linked things together cleverly and helped create space for Dan Agyei in particular to exploit down the right.

United rode their luck at times with at least three crosses missing Northampton strikers by inches, but the best chance of the first half for the home side came for winger Mark Marshall, who struck the left-hand post after United had left him far too much space inside the area.

The dangerous Agyei had United’s best chance of the night soon after when he curled a great effort towards the far corner only for former United loanee Jonny Mitchell to touch it round the post at full stretch, but what the game needed was a goal and ten minutes into the second half it came at the wrong end when some uncharacteristically hesitant defending from the U's allowed the home side to go ahead.

Stevens shanked a kick into touch but there didn't seem too much immediate danger when the Cobblers threw the ball in. One flick on and suddenly Hoskins was in on goal, joyously slamming the ball past the startled Stevens and putting the home side a goal up.

United needed a response. Jamie Hanson, Mark Sykes and Brandon Barker were given the last half hour to try and find that extra energy, but Northampton were determined to hold on to a priceless lead that could mean so much as they strive to stay in League 1.

They might have made it 2-0 when Fraser Horsfall went close with a header from a set-piece on 73 minutes but they began to drop deeper and deeper and look more tense by the minute as United threw men forward. Ruffels volleyed over, Brannagan's 25-yard drive slipped through Mitchell's fingers but went inches over, Moore headed the corner wide. All close but not quite close enough.

Not quite a 'must win' game but that time is coming. Successive games against promotion chasing Lincoln and Sunderland now follow. Time to show what this United side can truly do... 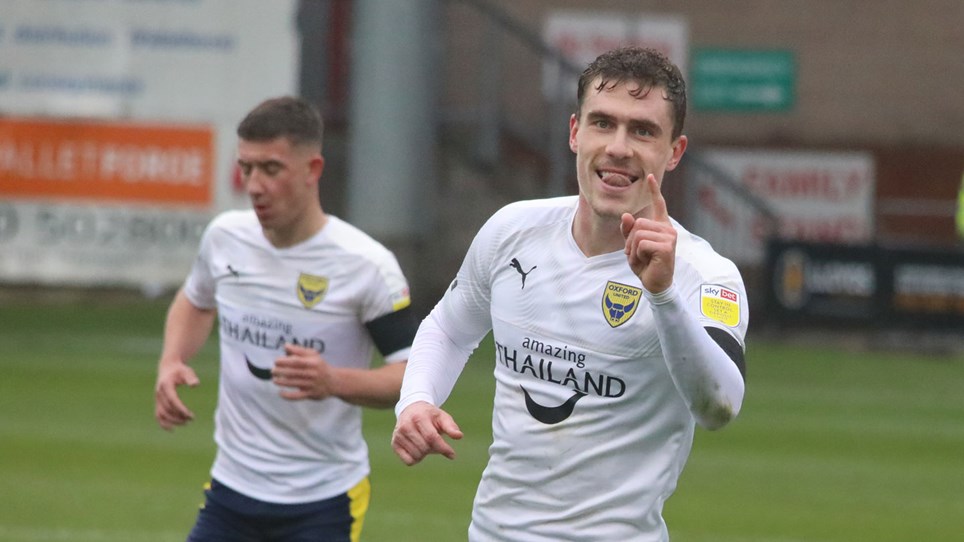 
Oxford United cruised to a 5-0 win at Crewe this afternoon as they kept their season alive with a superb performance that revived hopes of a play-off place. Goals from Josh Ruffels, James Henry,... 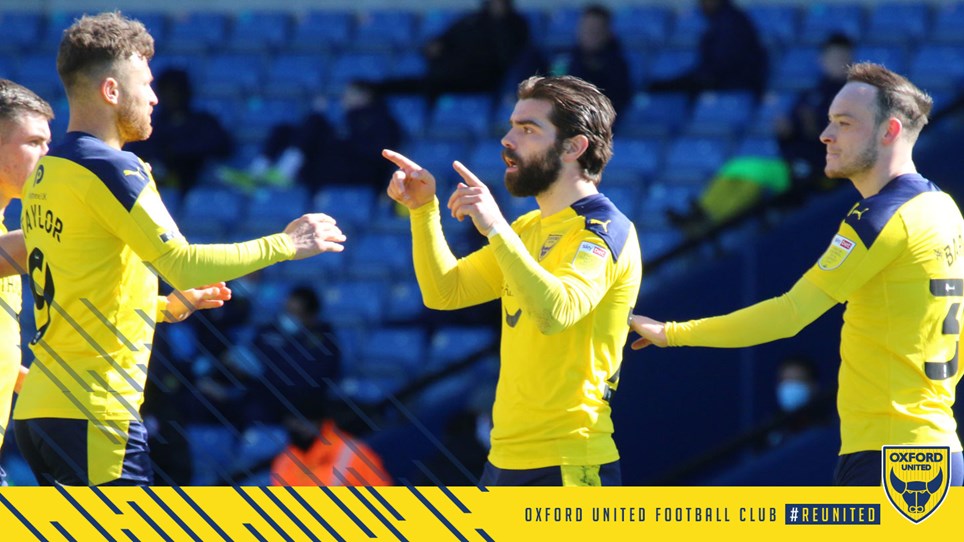 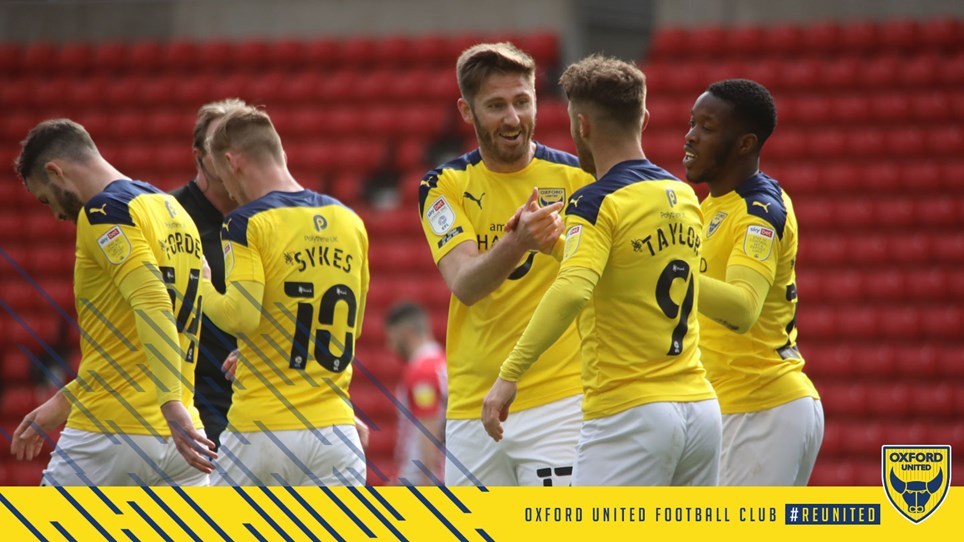 
Oxford United were shown two red cards and beaten 3-1 at Sunderland this afternoon. Having led through a superb goal from James Henry, the U's were pegged back by a Lynden Gooch goal in first-half... 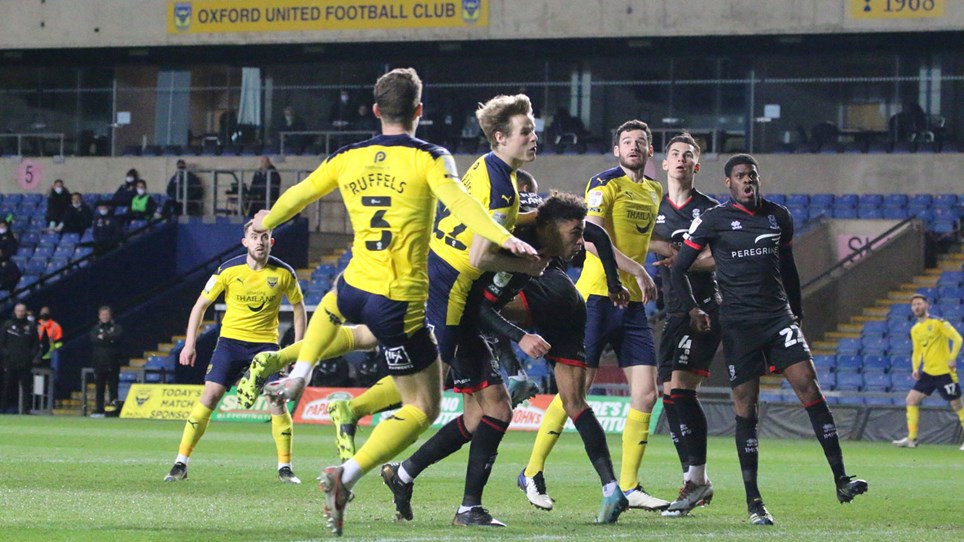 
Oxford United moved level with the play-off places when they came from a goal down to beat Lincoln City 2-1 at the Kassam Stadium tonight. Trailing to an early Tony Scully goal, United leveled through...