Oxford United’s Under 19 side continued their highly promising pre-season with another terrific performance this evening.

Having shown their defensive qualities with a 0-0 draw at Aston Villa on Saturday this time a very young side showed their goalscoring ability with a 5-4 win over Woking’s U18s at the Oxford Sports Park.

With several players likely to feature in the First Team’s double header against Peterborough tomorrow the side contained a number of players from the under 16s and it was one of them, striker Ryan Griffiths who gave his side a 2-0 lead after half an hour, heading an opener after five minutes then thumping the ball home with a good finish after winger Amari Davis-Stevenson set him up for a second.

However Woking were never out of the game and having made it 2-1 shortly before the break then drew level within three minutes of the restart to ask questions of the young U’s.

Those questions were swiftly answered when winger Will Owens capped a promising performance with a free kick which the keeper spilled as far as centre-half Mac Masters who put his side back in front at 3-2.

Owens then paved the way for a fourth with a powerful run and a low cross which Davis-Stevenson converted at the back post for 4-2.

The outstanding Davis-Stevenson then made it 5-2 with the goal of the match, chipping the keeper for a fine second, before squandering the chance of a hat-trick when his penalty was saved after Owens was brought down. 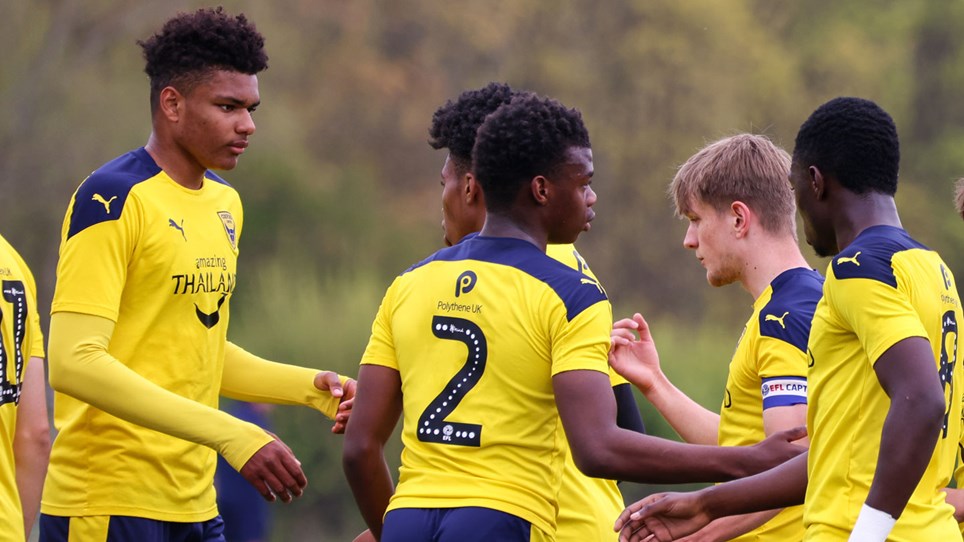 Under 18s draw at AFC Bournemouth


Oxford United’s under 18s concluded their Merit League season with a 2-2 draw away at AFC Bournemouth on Saturday.