Day Two of pre-season saw Oxford United’s players put through their paces with the first day of full training.

Yesterday saw the squad return for testing but today was the first chance to stretch their legs and cover some hard miles as the conditioning started in full.

After an early start and a team meeting there were two gym sessions followed by a warm up which left the players to think of a solution: how to get a ball from Point A into a bin at Point B, with each player in the team of six having to touch the ball en route, and no dropping the ball. 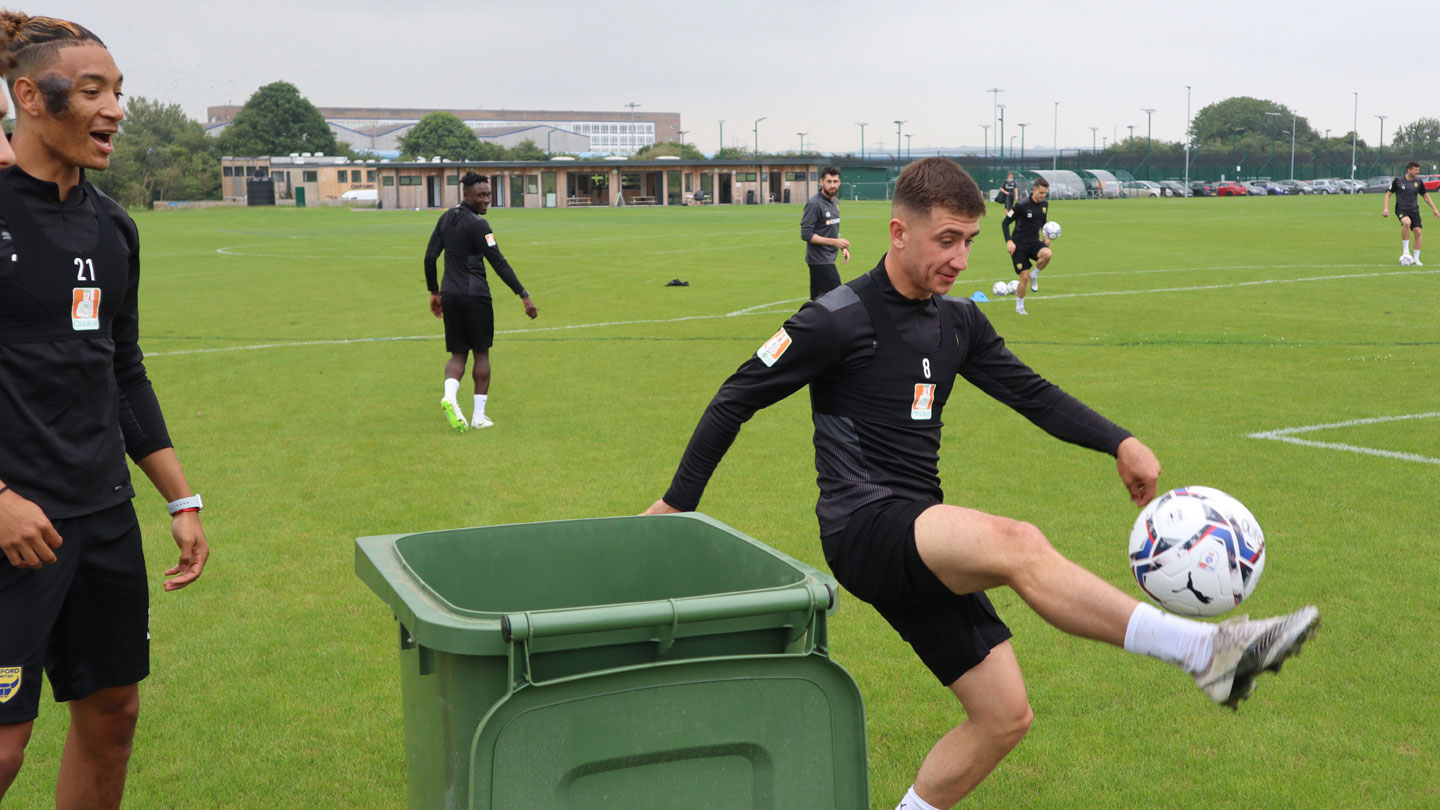 The players then moved on to the serious business of the day, going through a series of runs and activities under the supervision of Director of Performance Chris Neville and First Team Head of Sports Science Harry Routledge

The players return for training tomorrow and will then be at the Oxford Sports Park next week before a training camp in Bournemouth ahead of the first friendly of the summer, away at Oxford City on Friday 16th July.