We continue our feature articles with the U's in pre-season. Chris Williams writes:

And so another pre-season tour draws to a close and the U’s head back up the A34 to prepare for phase two: matches against Oxford City, Hayes and Yeading (at Thame) and Banbury. We do it in good shape and in the second, thankfully concluding, part of our annual tour diary I thought I’d try and provide more detail than I did in part one.

So where was I? Ah yes, Tuesday morning and a team meeting at 7am before we enjoy the morning trot along the prom prom prom. There is no brass band, just a mixed media team who leave early and get into position to capture the squad on their run: me on video camera, Isaac Alder with a drone, Spike on a bike, Gary Bloom on coffee, Jonny Edmunds with the camera and Nathan Benjamin-Smith pretending he is helping us, to avoid having to join the run! Predictably it ends in tears: security tell us off for flying in a no drone zone. We all blame Isaac and go for breakfast.

Then it’s a short trip to Wimborne Town’s impressive new ground. I take a longer look around this time and the groundsman shows me the new 3G pitch which I suspect will be a massive help for this friendliest of clubs.

The main pitch is damp after the torrents of yesterday but has drained amazingly well and the U’s are soon running in all directions as the evil geniuses Chris Neville and Harry Routledge put them through their paces. “You will notice a lot more footballs from now on” Karl Robinson promises the players at the start of a marathon two hour training session in very muggy conditions. There are drills and then runs. Sometimes runs then drills. It all looks exhausting while my own endurance is tested when the Edmunds family, Steve and Jonny, hand over their cameras after kindly taking on photograpphy duties. 1400 pictures is a LOT to sort. 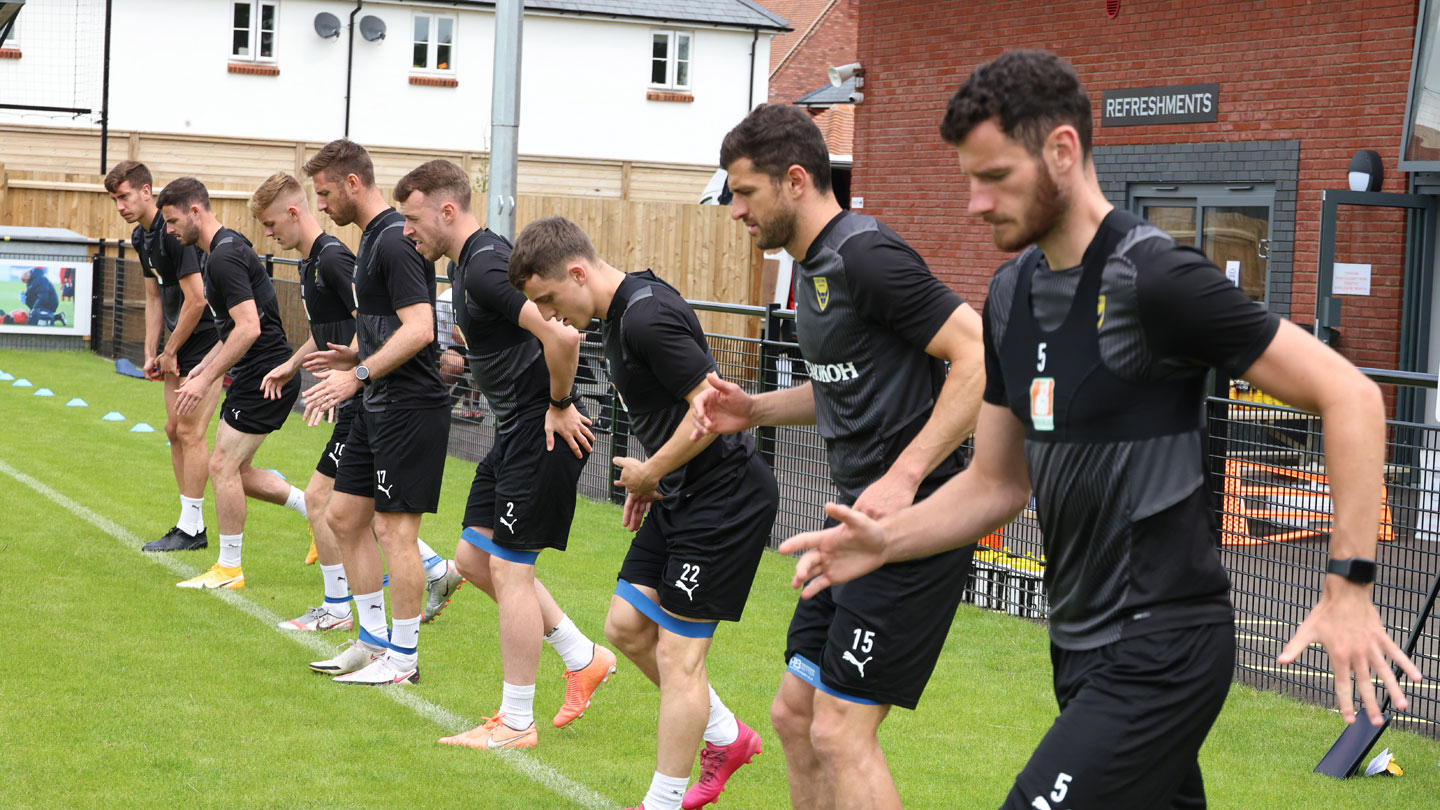 Next is a gym session for core work then a dozen players head for Broadstone Golf Club where fan Alastair Atherton has been amazing in arranging some much needed recreation for them. It is a beautiful course ruined by some, frankly, ugly golf. I am reliably informed that Matty Taylor won. By Matty Taylor.

But it is dark by the time they finish and I am long gone because we have that staple of any pre-season: the staff night out. For some reason, possibly because Derek Fazackerly is not here, this involves cocktails. I sip gingerly on a Mojito while Dwayne Peasah plays with his Tingaling. Then Bournemouth closes at 11 and we have to go home. No worries: we get along famously anyway and new boy Harry is now part of the family so who needs to stay out late?

Wednesday is a recovery day and I can tell you it is needed. Players are shattered and
have worked relentlessly for two weeks now. We stroll to a busy Bournemouth beach in glorious sunshine and then the group disperses for a few hours. I take a stroll with Wayne Brown- one of football’s good guys and a veteran of Boston, Austria, Spain, Portugal and assorted pre-seasons in between. We walk along the beach like a Right Said Fred tribute act, rudely interrupted from time to time by playful professional footballers weaving past us on slow moving electric scooters. We encourage them with assorted hand gestures then laugh as one of them breaks down and has to push his up a big hill!

We split up and I spend a couple of hours wandering the town and the Winter Gardens. I sit on a bench (yes, I forgot my hat, don’t go on about it) and listen to a couple of buskers murder a Proclaimers song before an ill-judged rendition of Sweet Caroline. When we arrived here on Sunday afternoon the whole park would have been roaring along. Today people stroll past. The irony of football not coming home just as everyone leaves their own is not lost on me. I’ll be honest: I’ve not been out much for a while. I was edgy at Edgbaston a month ago because I wasn’t ready for crowds but today, like Easty with his broken down scooter, it all seems a million steps forward

Everyone reports at 7 for dinner, glad I think to have escaped each other for an hour or two. Don’t forget that for most of us we have been in a bubble for a year and a half now: this week is the anniversary of Wycombe at Wembley and other than a two week break we have been practically living in each other’s pockets since. You won’t find a closer group. But if Wednesday was for team bonding then Thursday is for training and once again I wince while watching the long session at Wimborne.

It’s miles in the bank though and by the end players pick themselves up and high five and elbow nudge each other because they know the worst of it is behind them. They WILL work hard still but now we move on to phase two, with games, recovery and team shape becoming prominent. I’d say we do so in good heart. 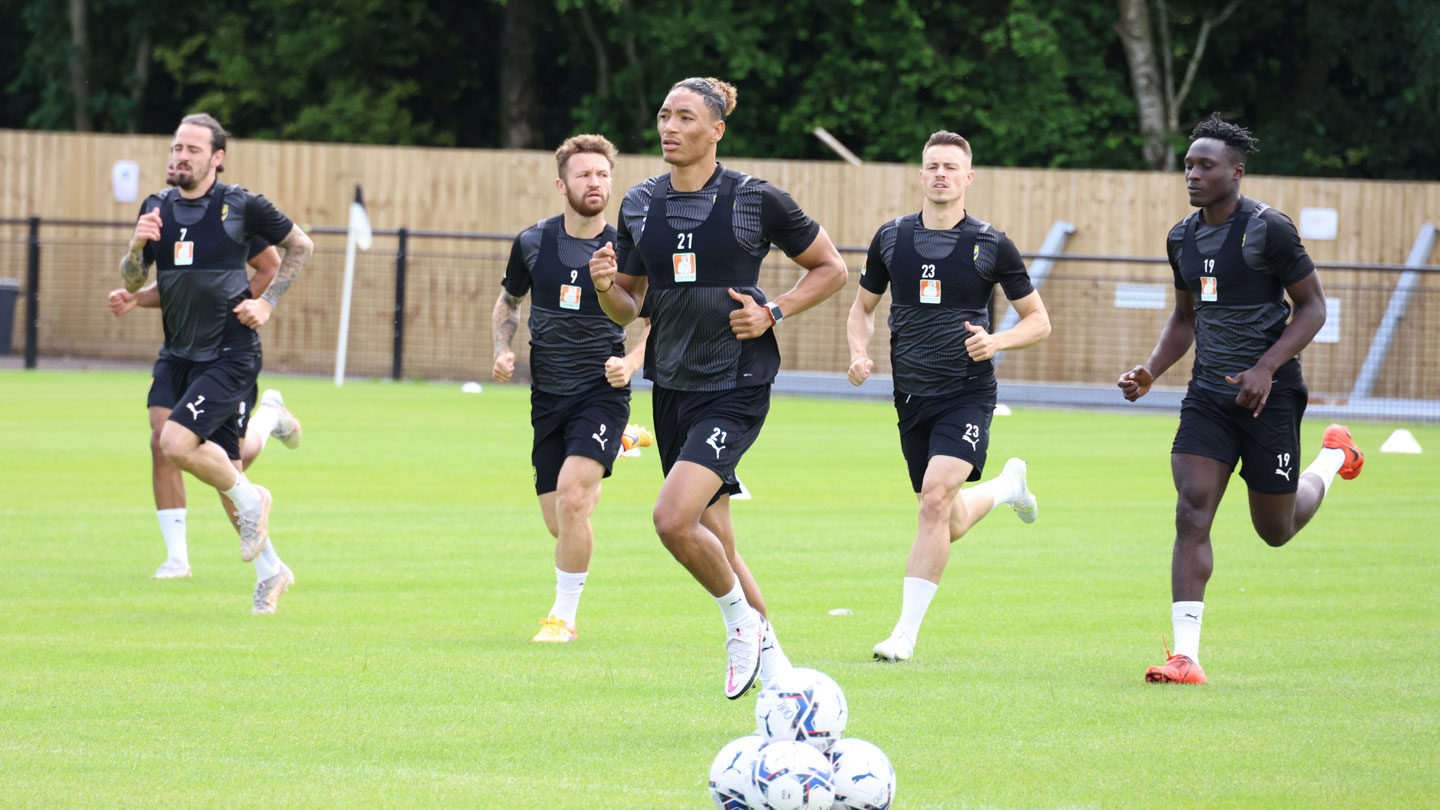 It’s an honour to have been among it once again. Not many fans get to see Training Camps from the inside and I thank Karl, the staff and especially the players for letting me in to the inner circle. Like everyone here, I can’t wait to start a new adventure, this time with the fans there to share it with us.

See you at City on Friday…

Chris Williams is the club’s Communications Manager but the views in this article do not necessarily reflect those of the club itself. He just makes a lot of it up.

Oxford United would like to thank Wimborne Town FC, Megan and the staff at Westcliff Marriott, WhoDaresGyms, Alastair Atherton and Broadstone Golf Club and Steve Edmunds for their help this week.