Oxford United look to extend their amazing winning run still further when they travel to Rochdale on Tuesday evening.

The U’s have won their last five league games, six in all competitions: the first time they have done that since 1994. Boss Karl Robinson knows, however, that his side face a big test as they take on an exciting Rochdale side tomorrow

“Rochdale are a really good team to watch and it has been enjoyable over the last 24 hours trying to find a formula which we think can play on their weaknesses and to our strengths” he told iFollow.

“This game is a unique one to prepare for because they are so aggressive in their forward play and really go for games. There are usually so many goals in their games. The Manager there probably has the best young player in the league playing for him and is developing young players brilliantly. He is doing at Rochdale as good a job as you will see in the league. It has maybe gone unnoticed and that’s unfair. But I know that we are going to have to be at our very best if we want to get a result.” 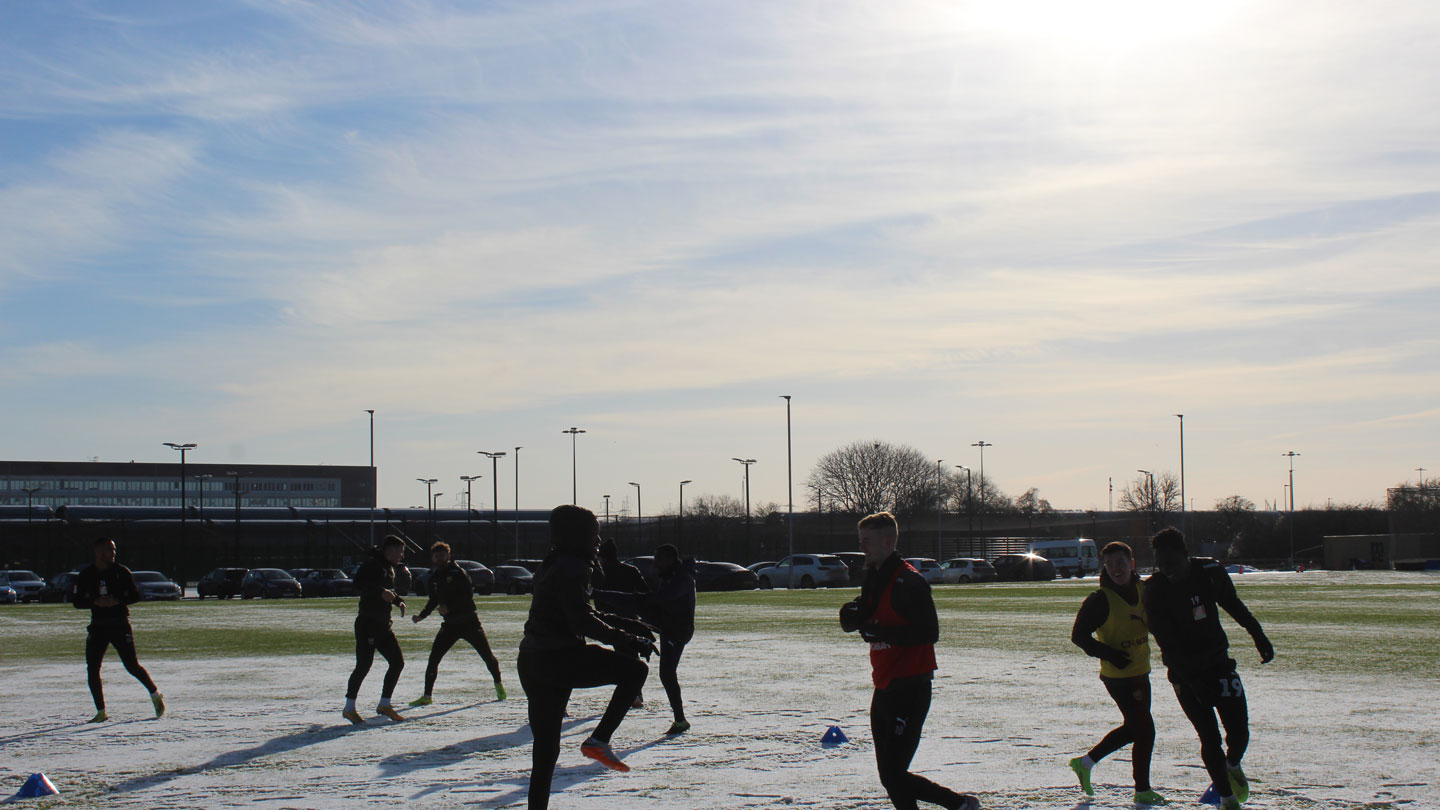 “We pushed everything back a couple of hours this morning to try and let the snow and ice clear” Karl said. “We have been using Oxford City’s 3G Pitch and they have been brilliant but the only thing that won’t cope with is being covered with snow. So we pushed things back, the sun shone and we were able to train as usual.

“We had to do it without Marcus McGuane who has a scan today on his thigh. It’s not great but we don’t think it’s as bad as it maybe looked at first. But the scan will give us 100% understanding of what the injury is and we will take it from there.”

McGuane’s absence opens the door for Cameron Brannagan to step in to the side but Karl is being cautious about the midfielder’s workload as he makes his comeback:

“That’s been our discussion” he admitted. “Cameron played 80 minutes on Saturday which wasn’t the plan obviously, so we have to look at his data over the last three weeks and whether his body is hitting limits before we ask him to do it again. We will make a calculated decision on that. He will want to play, we know, and has been back training for a full four weeks as well as the running he was doing when he first came back so he’s not completely deconditioned. We will have to make that call.

“So there are things we need to think about, but we are in a good place, we are on a good run, and it’s a game we are really looking forward to.”

See the whole interview in iFollow then grab your Match Pass and see the whole game LIVE.