A stunning goal from Rob Hall was enough to send Oxford United through to the quarter finals of the Papa John’s Trophy.

Hall’s superb curling effort late in the game earned the U’s a 1-0 win over Cambridge United at the Kassam Stadium and sent then through to the draw on Saturday 23rd January.

“It was a tough game” United’s Man of the Match told iFollow. “If teams come here and bank up and make it hard for us then it’s important we don’t get frustrated. We had a lot of the ball in the first half hour but didn’t really do much with it so the Gaffer gave us a kick up the backside at half time and we came out a bit more on the front foot which was good.

“We just needed a little bit more in the final third and a bit more penetration. A few things didn’t quite come off but we stuck at it and in the end got the win and through to the next round which is all that mattered.

“I think if we scored early then it would make Cambridge expand and open themselves out a bit more but some teams are comfortable sitting in and trying to hit you on the counter attack. That made it important that the back four were focussed, which they have been lately, and that they kept us high up the pitch. We knew if we stayed in the game we would get chances and hopefully go on and win it

“The free kick was half and half between a position where you cross or shoot. I thought to myself ’just put the ball down, relax and assess the situation’. I was happy to see it go in and if felt sweet. I hadn’t scored in a while, which I don’t like, but you just have to keep going. Mentally I’m strong and always ready to play. Today was difficult with the conditions and a sticky pitch but you want to go out and help the team and maybe do something noticeable just to nudge the Gaffer. Hopefully I have done that tonight.

“A win is a win and that’s eleven games with one defeat now. Whether it’s in the league or the cups doesn’t matter. We just want to play our football and keep that winning mentality. The boys have been great in the league and done what they needed to do so tonight was a chance for the rest of us to get out there, show what we can do and keep the run going, no matter who plays.”

See the full interview and extended highlights in iFollow.

Our thanks to Oxford Blue Scaffoldig, our Match sponsors who chose Rob as their Man of the Match. Email commercial@oufc.co.uk to see how we can work with your business on Matchdays 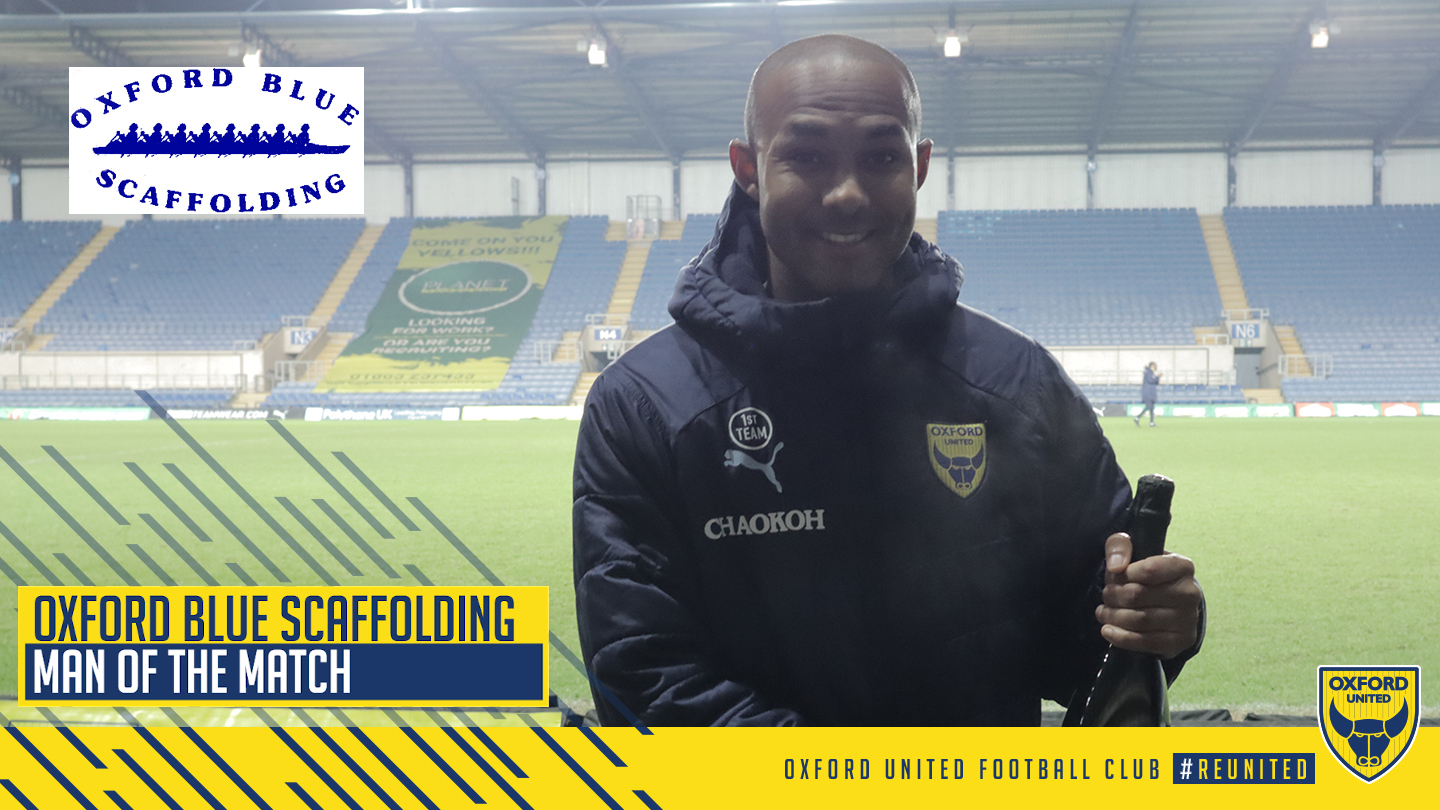