This season Oxford United have teamed up with Low6 to launch the FREE-to-play OUFC Picks app, an exciting way to play along with the U’s on a matchday.

With real money to be won at every fixture this season the game is simple; just predict various outcomes from a number of questions ahead of kick-off. The app has become a hit amongst the Yellow Army in the UK with at least £500 up for grabs each week, and a prize pot of £1,000 won on two special occasions.

If you haven’t taken part yet, here are some stats to show what you have been missing out on:

You can check a LIVE leaderboard throughout each game week, and track your overall progress throughout the season with the Ultimate Fan Leader Board HERE

Subject to COVID-19 rules, the top 5 leaderboard qualifiers at the end of the season will go into the Ultimate Fans final with fantastic prizes up for grabs 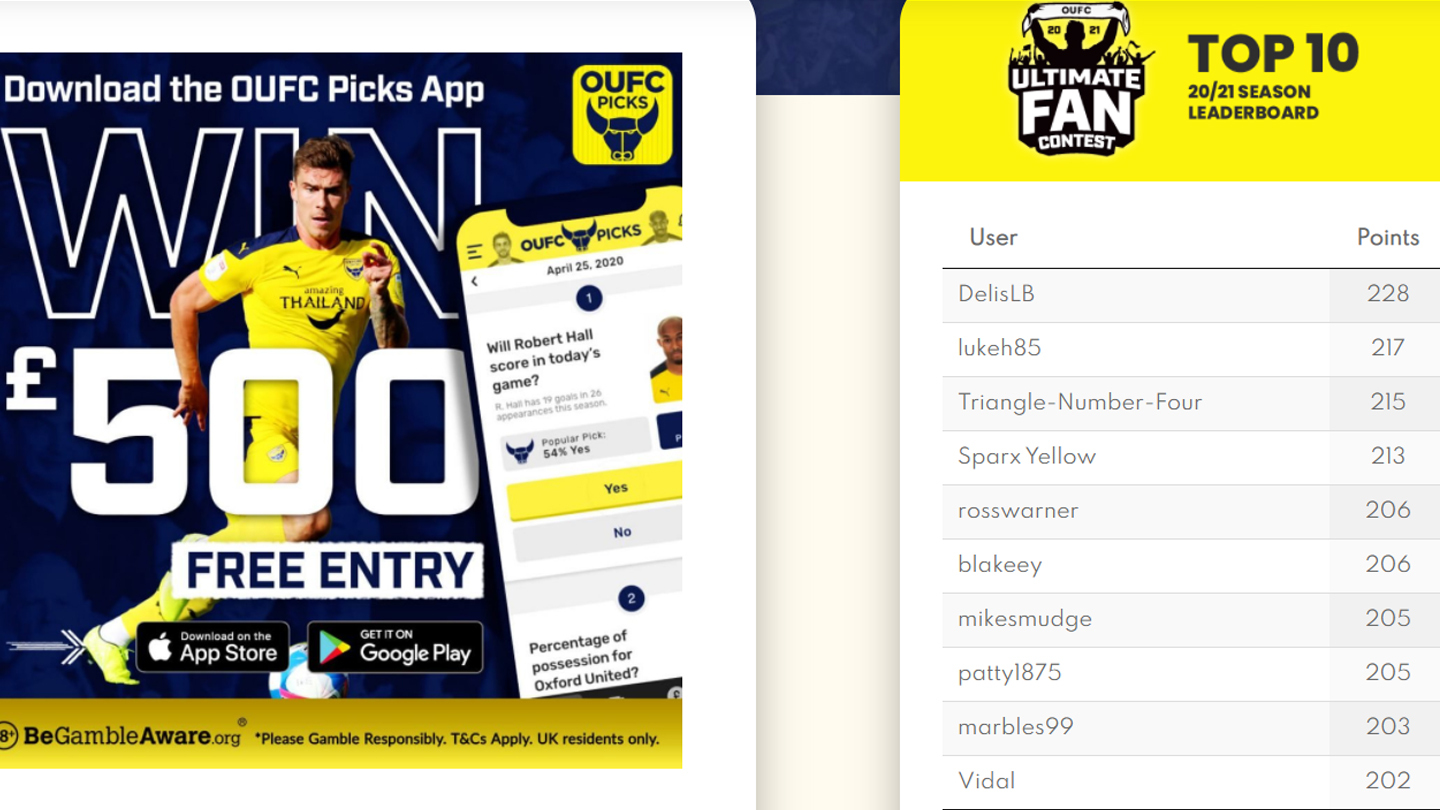 Want to know what all the fuss is about? If you are over 18 and in the UK, you can sign up today for FREE and start playing ahead of the U’s home game against Cambridge United on Tuesday.

Think you’ve got what it takes? Visit oufcpicks.com to start playing today.