Oxford United beat Wigan Athletic 2-1 this afternoon on a remarkable day that saw both teams evacuated to the car park at half time after a fire. Once safely back inside, United went behind to a Callum Lang goal but showed great character to come back and win through goals from Sam Winnall and captain Elliott Moore.

25 hours later than advertised and after a herculean effort from the groundstaff to thaw a frozen pitch, United perhaps understandably took a while to get going and to then win a game under such circumstances was a terrific effort from all involved on and off the pitch.

There was an early glimpse of Brandon Barker’s pace down the left and some early trickery from Mark Sykes on his return on the right of a new-look front three, with Barker and Sam Winnall, but the only real effort of the whole first half came from a dipping effort from Alex Gorrin that almost deceived visiting keeper Jamie Jones early on.

The rest of the half was a stalemate. Wigan were disciplined and quick to press the U’s and when Callum Lang did finally get half a chance to stretch them defensively, he was tracked and tackled by the excellent Rob Atkinson long before it became a shooting opportunity. United had some joy down the right flank where Sykes and Anthony Forde linked up well in the absence of key men Sam Long and James Henry, but neither keeper was properly tested in a first half that will not live in the memory for too long.

When you have postponed a game by a day, then put it back by an hour, the last thing you probably need is a fuse box fire in one of the floodlights. That tripped a fuse and left half of the pitch in darkness. The fire brigade were called, the ground was evacuated and the second half kicked off an hour later than planned. Thankfully, nobody was hurt, no damage was done and the game was able to resume. 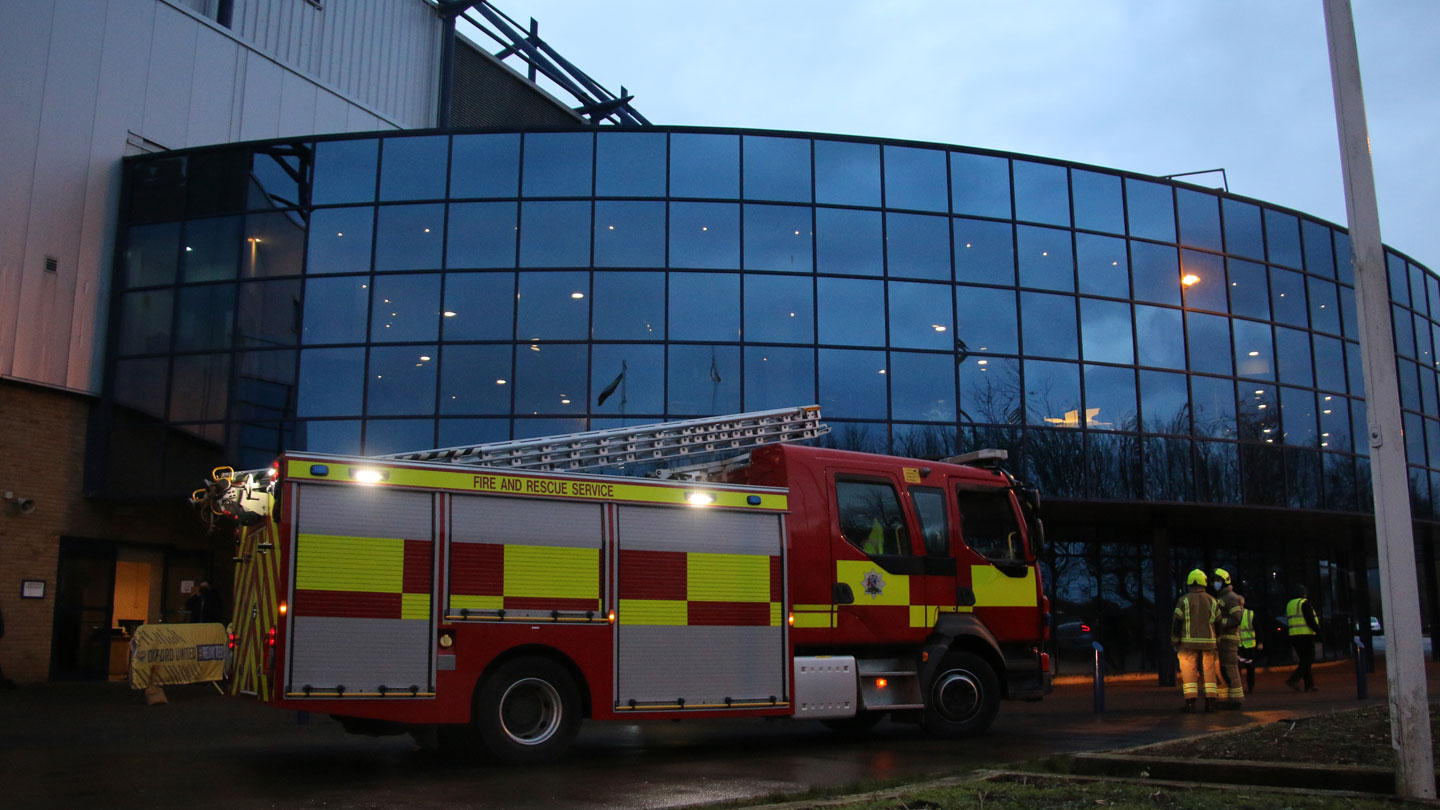 The delay sparked life, if you’ll forgive the expression, into the game and Atkinson almost scored a wonder goal as he rampaged through the middle of the Wigan defence but couldn’t find a finish.

However, Wigan had grown into the game and on 57 minutes were ahead when Lang rolled his man and thumped the visitors into an unexpected lead past the startled Stevens with United's defence floundering.

Back came the U's and Winnall almost got them level as he ran on to a Barker ball but delayed his shot just long enough for a defender to block. The same player headed a Forde corner over on 70 and United were the side asking all the questions at that stage.

Winnall has scored goals wherever he has been but needs service. When Barker once again lined up his full-back, it looked as though he was going to take him on in a foot race down the outside but instead he came inside and drove a magnificently inviting cross to the back post. Winnall, timing his movement and leap perfectly, did the rest.

Now it was just a question of whether United could complete the comeback. Sykes almost did it was a fierce effort from 25 yards that was tipped over by the flying Jones at full stretch, the combined efforts of two defenders denied Ruffles on 75, and then at last Moore gave them the lead.

Another magnificent cross, this time from the right by Sykes, was headed goalwards by the towering Moore but it was blocked yet again. No matter, the defender was alert enough to seize on the loose ball and drive it past Jones to give his side a win.

Ignore the half-time interruption. Focus on the football. Eleven wins from 12 games and United have closed the gap on the leaders and are right in contention.

If I knew how to do emojis on this website I'd do 'flames'.

A win on Valentine's Day. Lovely.