Oxford United fell one step short of a Wembley final as Tranmere Rovers made it through to the final of the Papa John's Trophy with a 2-0 win at the Kassam Stadium this evening.

The visitors started brightly enough to warn of the danger that was to come despite the division difference, and it took a brilliant save from Simon Eastwood to keep it at 0-0 inside the first ten minutes as he got down to his right to palm away a goalbound effort from Danny Lloyd.

Those opening few minutes were frantic cup football and had Matty Taylor made better connection after 12 or Rob Hall been a couple of feet more accurate with a free kick on 16 then the U’s may well have had an early lead.

Instead they were behind after 35 minutes as the dangerous Woolery gave his side the lead. It wasn’t elaborate football that opened the U’s up. It was a goal kick from Scott Davies that started things and Woolery who got the bounce of the ball as he challenged Josh Ruffels. The suspicion was that an arm helped him knock the ball forward but after that the finish was excellent, the winger driving to the edge of the box and firing powerfully past the flying Eastwood for a very well taken goal. 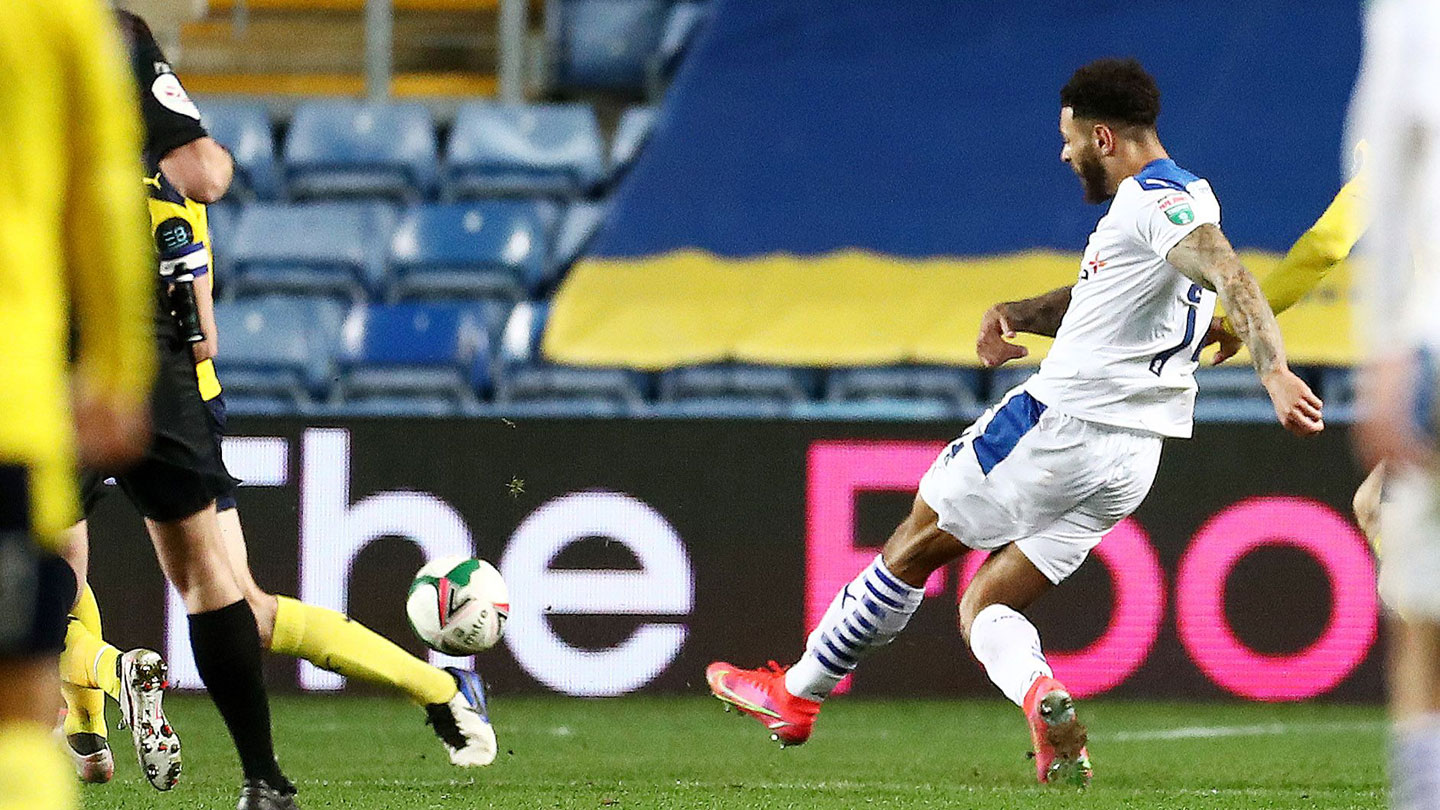 Eastwood kept his side in the tie with a reflex save from a Manny Monthe flick from a corner soon after, and although Mide Shodipo provided a run and cross that deserved a finish as it flashed across the goal, United could have few arguments with the half-time scoreline.

Something needed to be done and Cameron Brannagan and Rob Atkinson were given 45 minutes to turn things around. Atkinson, on as a centre-half/left winger made an immediate impact. The defender’s powerful runs from the back have been a massive plus for the U’s since his arrival from Eastleigh and two minutes into the second half he was at it again, powering past defenders and tripped in the box for a penalty.

Sadly, on Shrove Tuesday Matty Taylor lent back and the penalty flew harmlessly over the bar and into the empty seats rather than the net. People will look at that as the defining moment, but United had three more chances soon after to turn the game around.

Undeterred,they threw everything they had at Tranmere. Atkinson nodded a free kick across but Jamie Hanson missed his kick in front of goal. Taylor wriggled clear but saw his effort come back off the post. Moments later his header clipped the top of the bar.

A goal was coming but against the run of play it came at the other end.

Again, the delivery wasn't a thing of beauty, just a well-flighted free kick nodded down in the penalty area. But it fell to Morris and he fired it on the half-volley past the helpless Eastwood to give the League 2 side a 2-0 lead and put them within touching distance of Wembley. 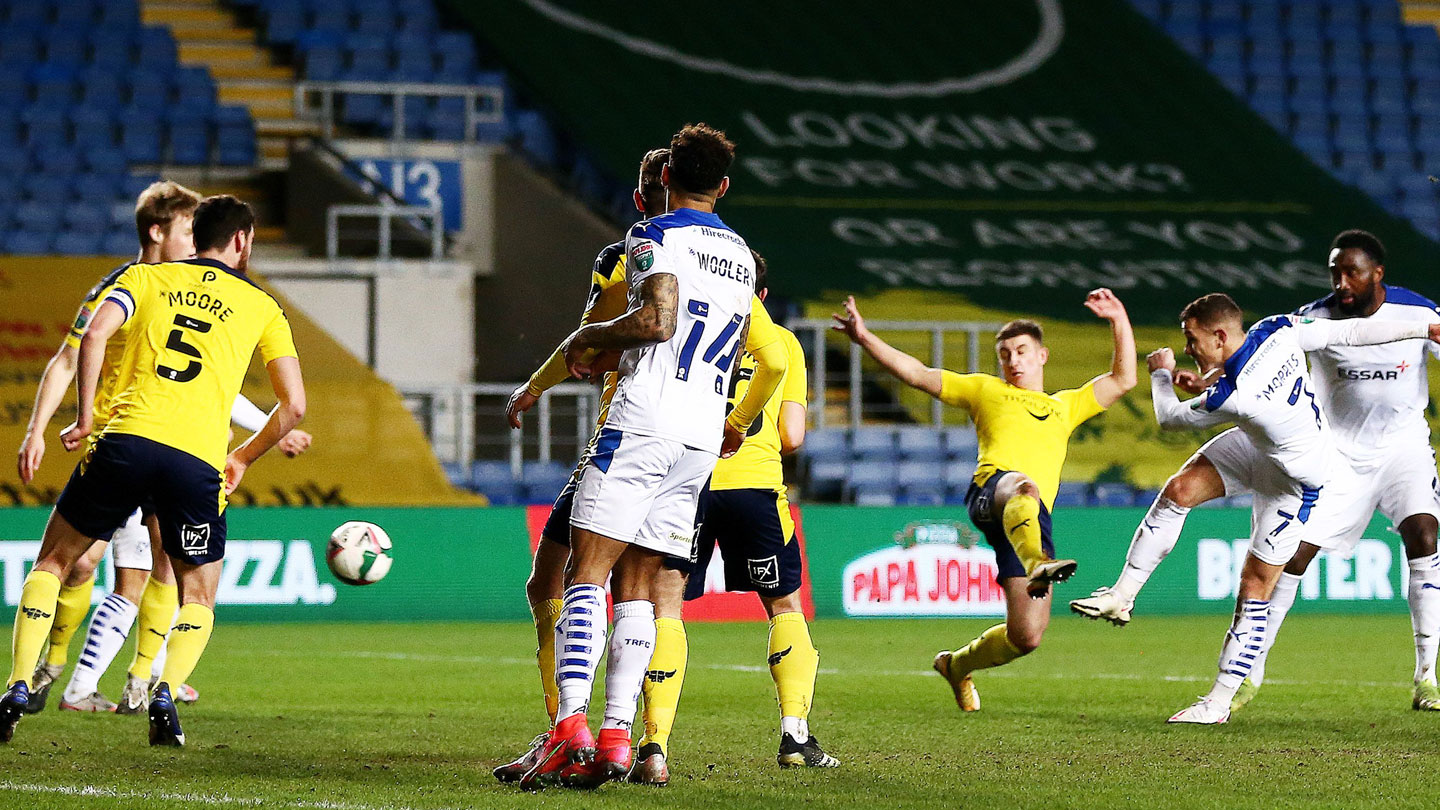 United became ever more frantic, with Brandon Barker joining a front four on the right of Sam Winnall, Taylor and Shodipo, with Sykes never far behind them. Forde fired a free kick wide, Taylor flicked another header inches past the post, Ruffels saw a flick grasped on the line by Davies and the last few minutes saw a desperate siege.

Credit to Tranmere, who withstood that and have beaten Peterborough and now the U's to reach Wembley. They will play either Sunderland or Lincoln in the final and we wish them well.

United meanwhile will do what they always do. Don't get too high when you win games, learn and regroup when you lose them. They are still on an incredible run, have closed the gap on the play-off places in the league and they will go again.

Just on this occasion in the Papa John's Trophy, they failed to deliver.