Oxford United’s preparatuons for today’s home game against Wigan Athletic have been affected by covid protocols but the game will still go ahead as United adjust their team selection.

Four players tested positive for Covid in the build up and with five players unavailable through injury or illness as well as Jordan Thorniley being suspended the U’s are without ten players this afternoon.

Alex Gorrin (knee), Jamie Hanson (hamstring) and Joel Cooper (hip) are joined by Nathan Holland and Jack Stevens due to non covid related ilnesses plus four players who all receieved positive tests in the last 48 hours.

Youngsters James Golding and Ben Davis step into the squad among the six subs. 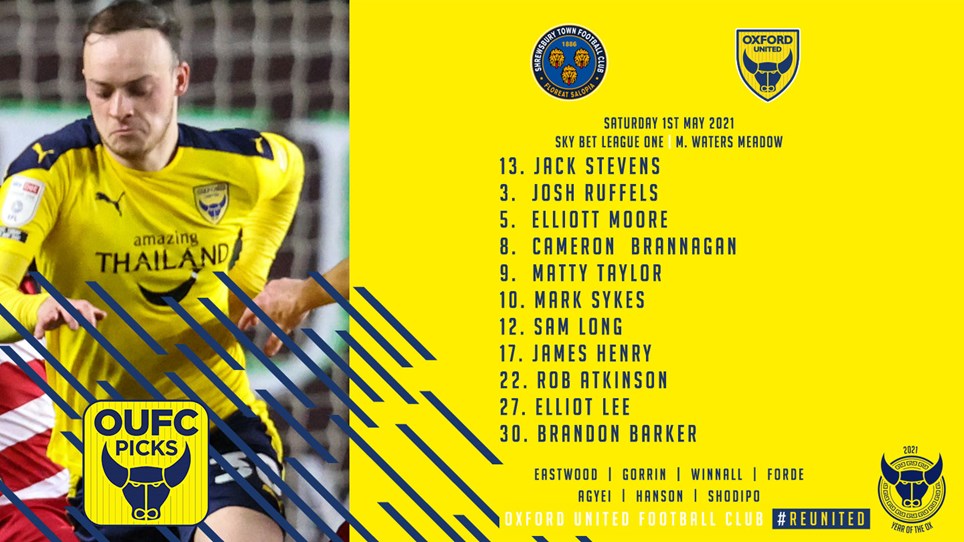 
Oxford United make two changes for their visit to Shrewsbury Town this afternoon.