Trailing early in the second half United hit back through Gatlin O'Donkor and Adam Smith but conceded a goal in injury time to send the game into extra time and subsequently to a penalty decider which Cambridge came through 4-2.

Two good teams, one doing well in the Youth Alliance South East division the other in the South West, put on a fine game of football for the crowd at the Abbey Stadium with right-back Ben Watt drawing a good save from keeper Finch inside the first five minutes and Eddie Brearey matching that with an early save at the other end as the home side started to ask questions of centre-halves Clint Nosakhare and James Golding. 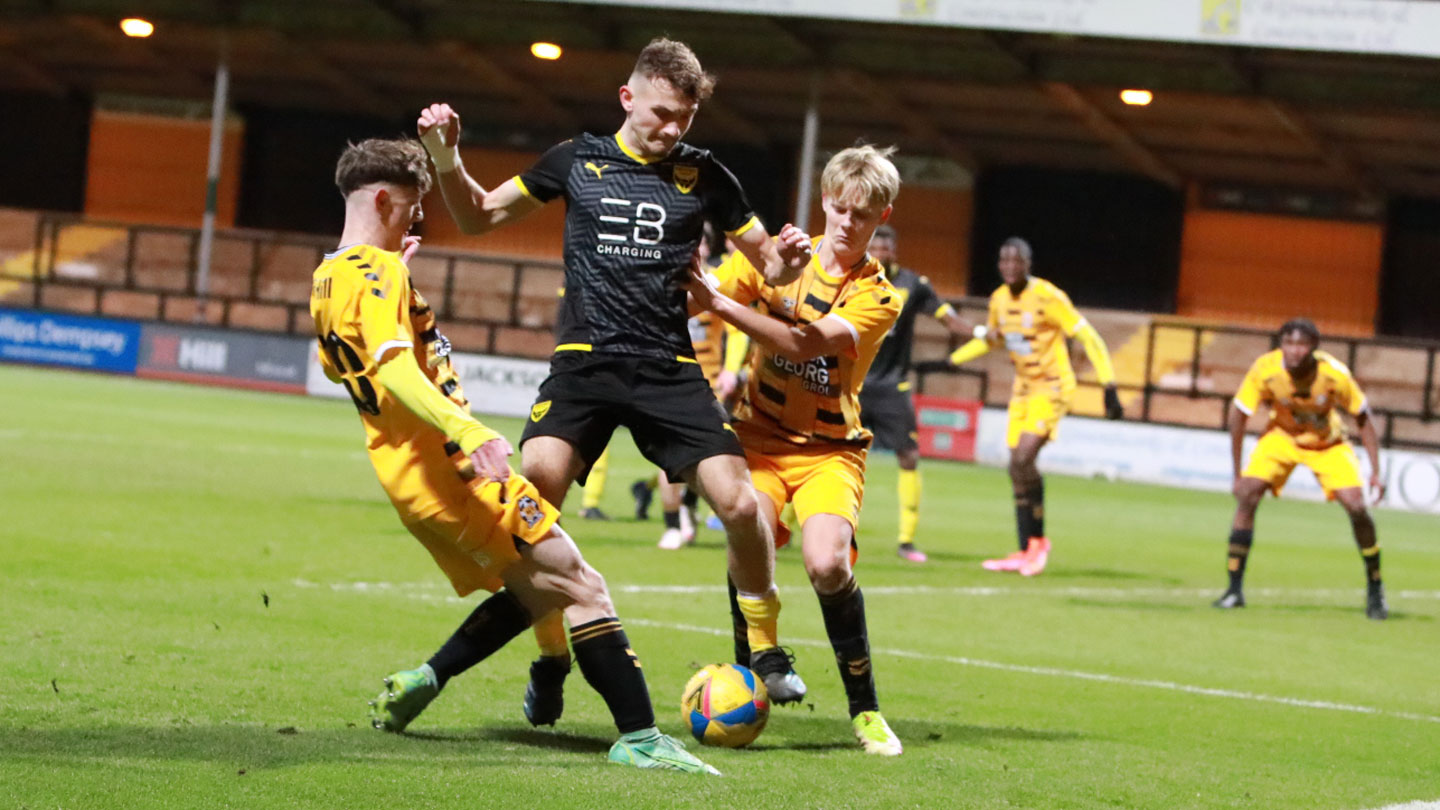 Cambridge missed three or four presentable chances as well as having a ‘goal’ disallowed for offside but United weathered that and saw Elijah Coe fire two efforts wide from the edge of the box and had a disallowed goal of their own when Smith got the ball into the net before the break.

However three minutes into the second half Saleem Akanbi showed everyone how to take the linesman’s flag out of the equation when he picked up the ball 30 yards out and lashed it beyond the flying Brearey for a superb goal to make it 1-0.

That opened up the whole game and the U’s deserve huge credit for getting themselves back into the game on 54 when Josh Anifowose sliced a shot straight into the path of the surprised O’Donkor who made no mistake from close range to make it 1-1. 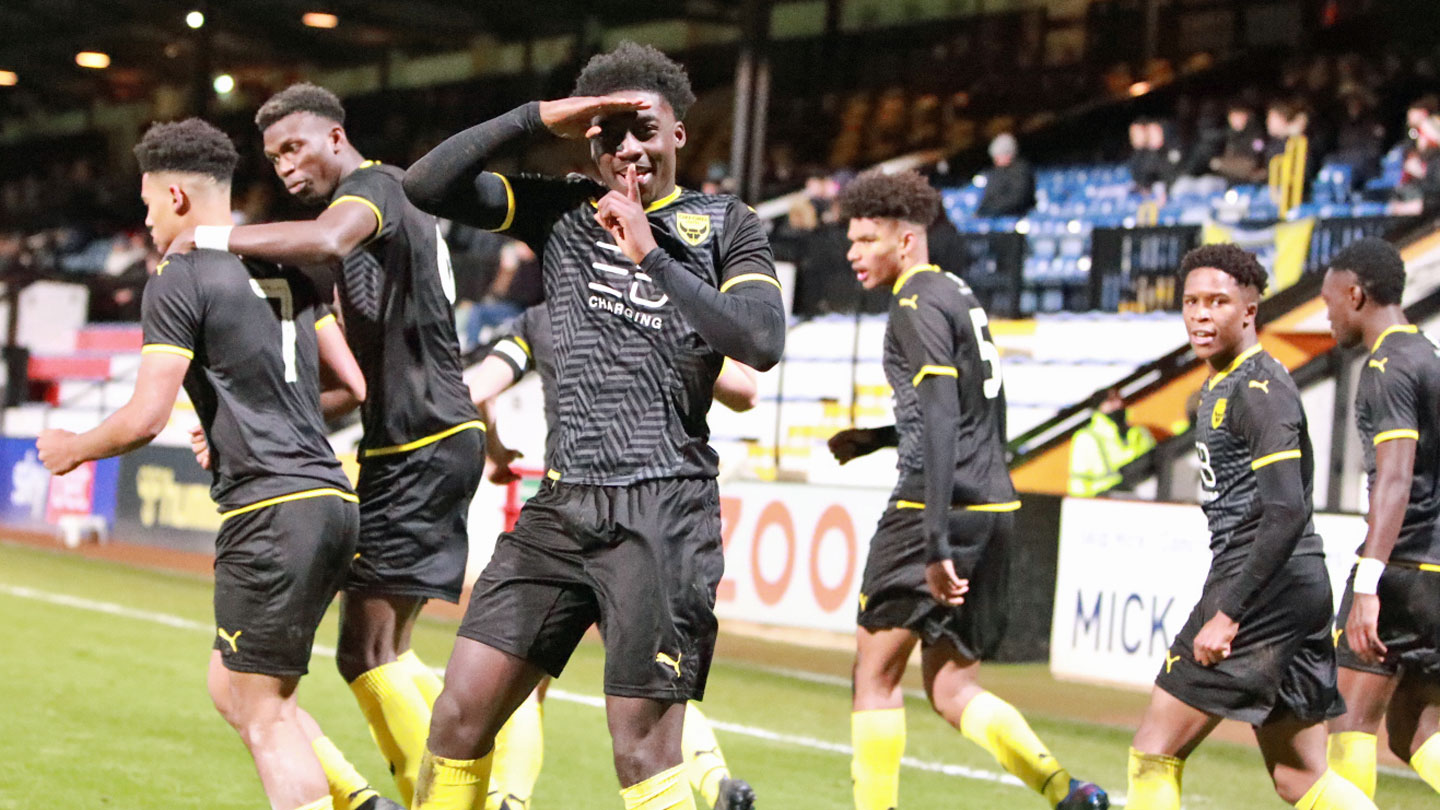 Now we had a proper cup tie and the game became stretched as United took control.

Coe drove a dangerous cross just beyond three teammates with ten minutes left, Josh Johnson repeated that five minutes later after powering past a tiring Cambridge defender. O'Donkor somehow missed the target from two yards, Smith went closer from 18 and then just as it seemed extra time was certain Smith seemed to have won the game when he turned and fired home from close range. 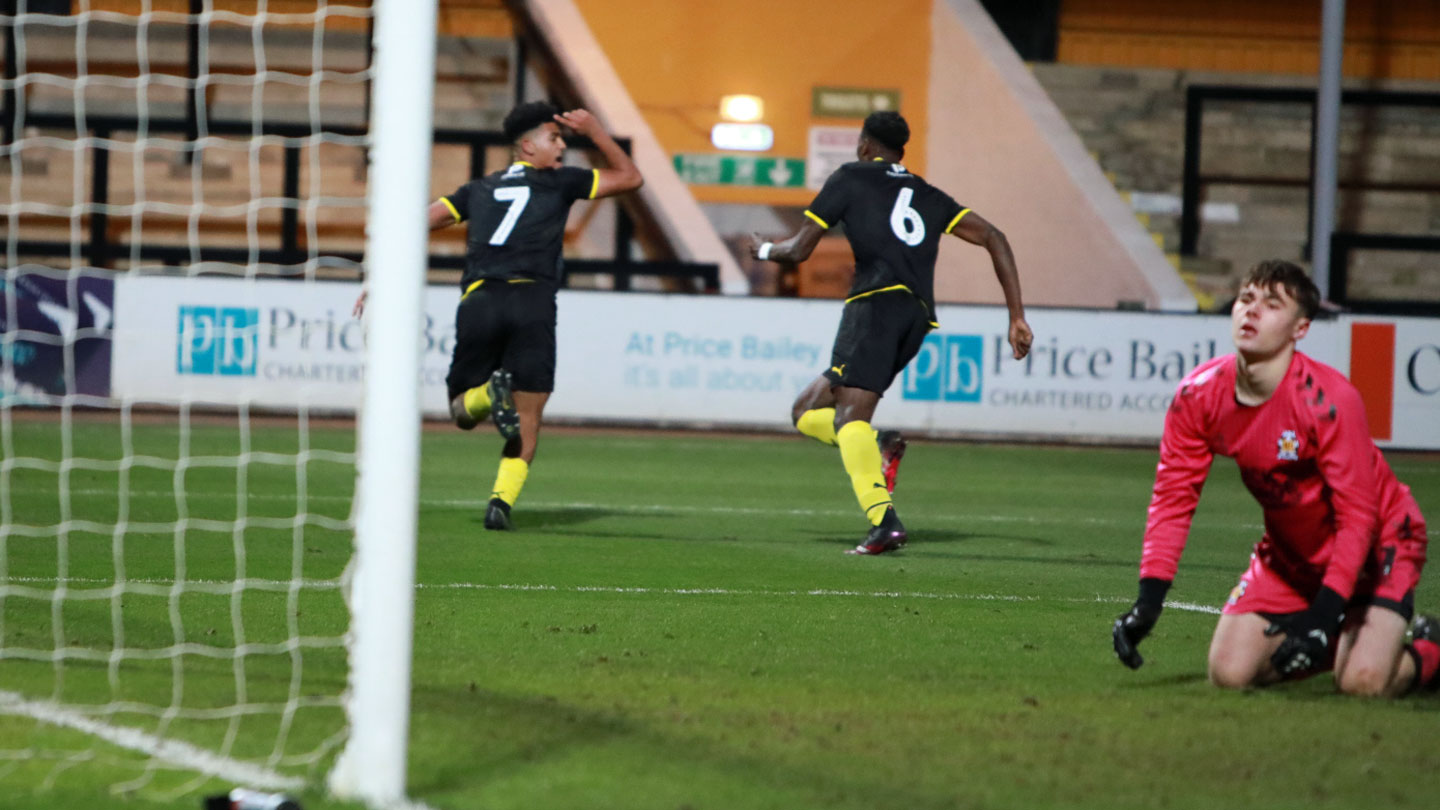 Four minutes of injury time were signalled and United were hanging on for all they were worth but Cambridge weren't finished yet and two minutes into added time Kai Yearn drove inside the near post to send the game into extra time.

Extra time was cagey as tired legs came in to play and eventually penalties were needed. Golding missed the first, Smith and Owens scored but Mac Masters saw the last one saved and that was the end of the FA Youth Cup adventure for another year

A superb game and great determination from the U's. Congratulations to Cambridge who now go on to face Leeds United in the next round.