James Henry was the hero as his expertly taken hat-trick helped the U's to a convincing 3-1 win over Lincoln City at the Kassam Stadium this afternoon despite Anthony Scully's late consolation for the visitors.

Two strikes from distance in the first half and a penalty in the second saw Henry tame the timid Imps and ensure that the U's picked up their third win from three home matches this season.

It took eleven minutes for the U’s to take the lead and although Henry’s finish was superb it also owed a lot to the impressive Jordan Thorniley, who stepped up from the back to intercept a pass, slid past a weak challenge and rolled the ball to his right for Henry who, in acres of space, fired the ball into the top corner for his second of the season. 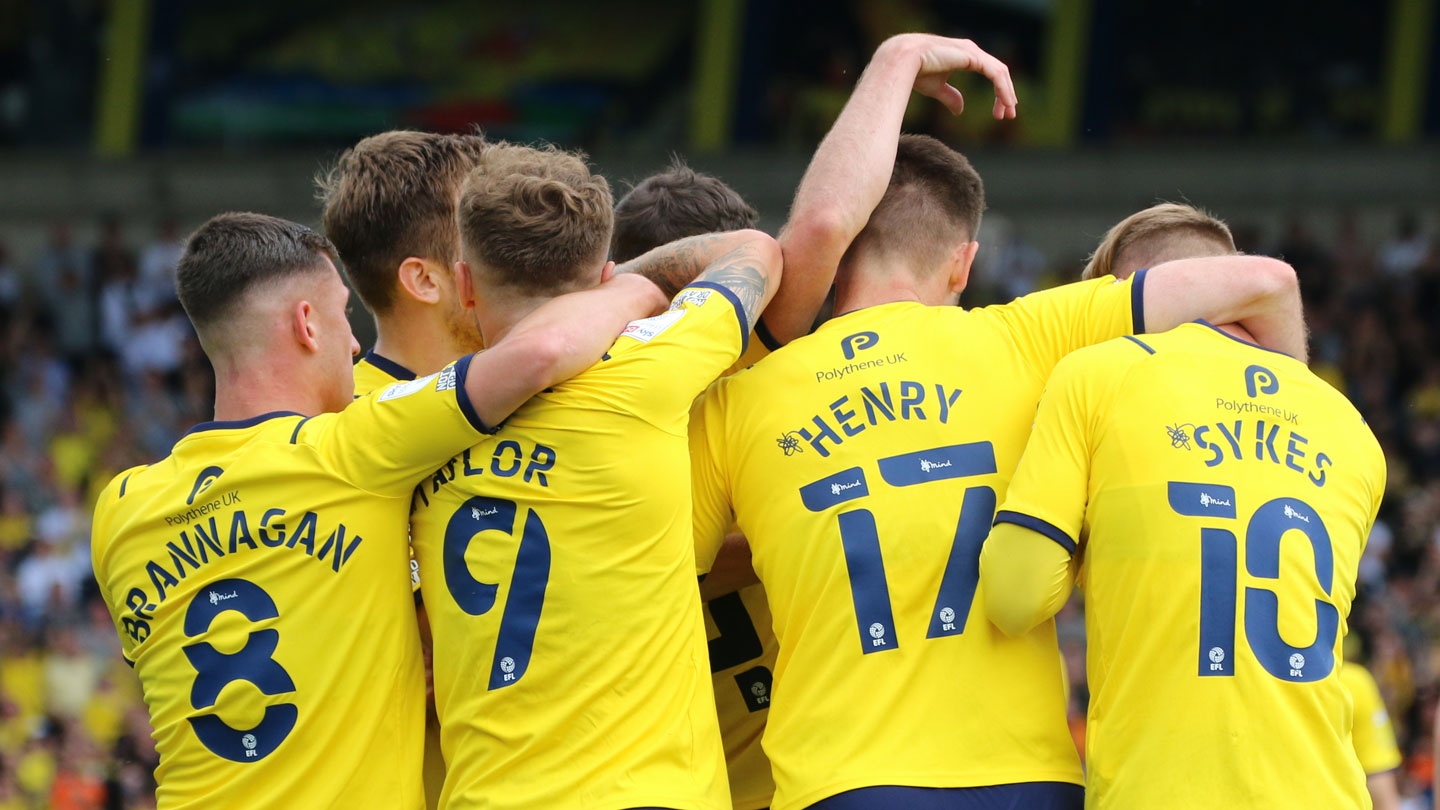 Cameron Brannagan almost repeated that three minutes later after the hugely influential Alex Gorrin had declined a similar shooting situation and United were on top, although defender Adam Jackson flicked a header against the bar after 20 minutes for the visitors before Henry netted his second to give the U’s some breathing space.

This time it was Gavin Whyte running on to a Thorniley pass in the left channel and cutting it back for Henry, slightly closer, still outside the box and still in too much space. It was 2-0 with the ball past Griffiths and Henry on a hat-trick before the half hour.

Fifty goals for Henry for the U’s, moving him past fans favourite Steve Basham and level with another, Paul Simpson for all of 49 minutes.

Lincoln improved after the break, inspired no doubt by a few choice words from boss Michael Appleton. Hakeeb Adelukan saw an effort tipped onto the bar by Jack Stevens and Anthony Scully curled a decent effort wide, but otherwise United were dominant at the back where skipper Elliott Moore made a smooth return to the eleven.

On 73 minutes it was game over and Henry had his matchball when he broke down the right and crossed for Matty Taylor, who was fouled by Lewis Montsma, giving Taylor bragging rights in their match-long feud. Henry stepped up, sent Griffiths the wrong way and had his first Oxford hat trick. Deservedly Man of the Match, Henry's value to this side is huge and should never be underestimated.

Sub Sam Winnall almost made it four from close range at one end, then left a leg for Ted Bishop to trip over and present Scully with the chance to blast past Stevens and at least give Lincoln something to show for their efforts, but by that stage it mattered little.

Nine points from nine at the Kassam Stadium so far, and United among the early leaders as the league table starts to actually mean something.