Two minutes of madness just before half time meant that Oxford United were beaten in the first game of the group stages of the Papa John's Trophy with a young side losing 4-1 at Cambridge United this evening.

Having created chances and looked solid despite making eleven changes United lost concentration as the interval approached and were punished when two goals from Oxford old boy Sam Smith plus a red card for Luke McNally left them far too much to do in the second half despite a superb strike from Dan Agyei to give them late grounds for optimism.

However a further goal from Harvey Knibbs and a late strike from Kai Yeam settled affairs and gave the home side all three points.

If learning is the name of the game in this competition then United will have picked up several lessons from the experience, especially the younger players such as 16-year-olds Josh Johnson in central midfield and sub Gatlin O'Donkor as well as Tyler Goodrham on his full debut.

Cambridge also made a host of changes but the visiting United were relieved when Joel Cooper, a model of industry throughout, cleared an early effort off the line after a header from a corner had come back off the bar.

They then had a superb spell where they created a host of chances. Goodrham underlined his potential with a well-struck effort in the 20th minute Nathan Holland dragged another half chance wide after debutant Herbie Kane, who is not shy of a tackle, had won the ball to start the U’s on a promising move. Cooper tested the keeper with a powerful effort soon after, Holland (twice) and Cooper (again) tried their luck from distance and Agyei almost piled straight through a static home defence as the visitors began to look more and more fluid.

They then undid that inside 120 seconds right on the stroke of half time. 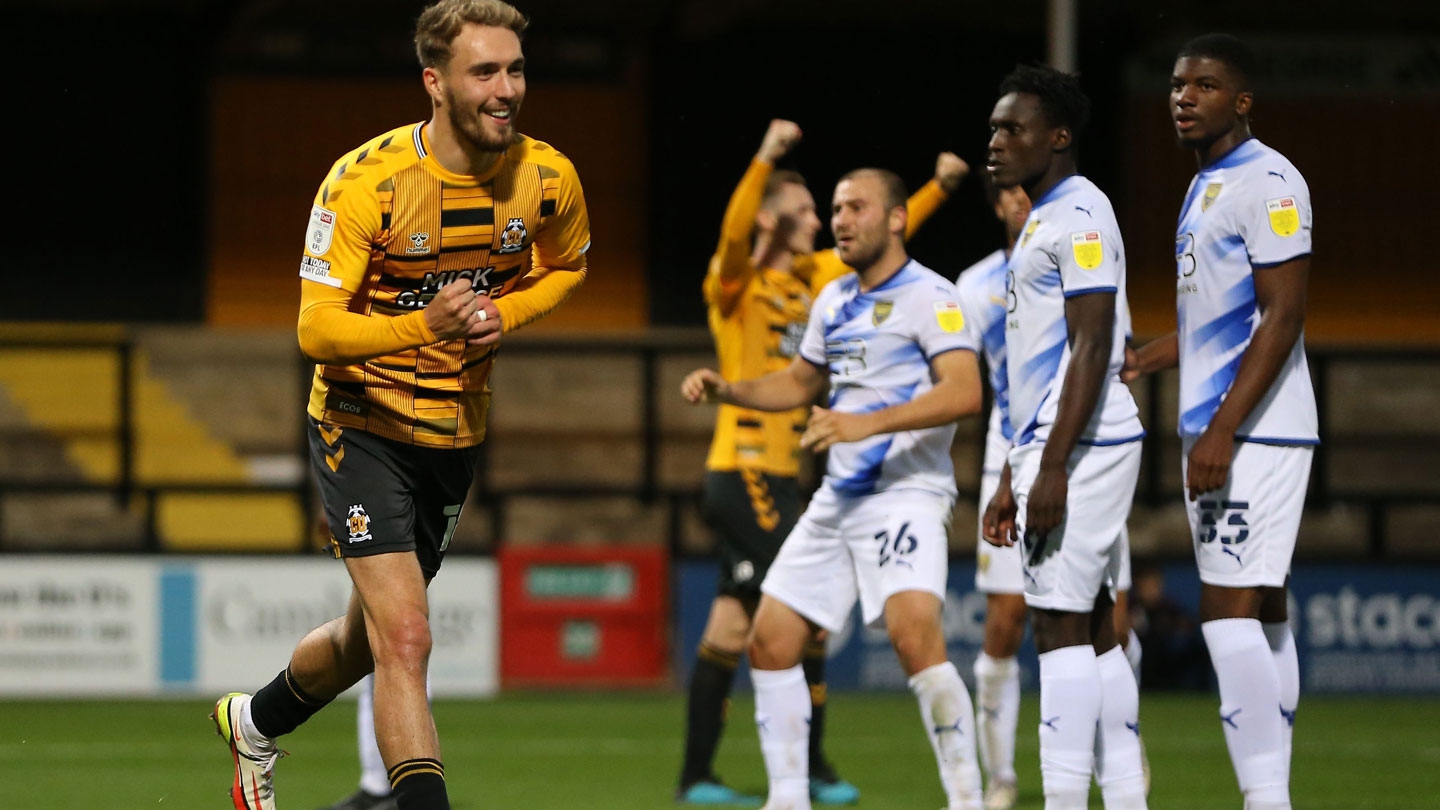 The one consolation will be that they weren’t opened up in open play but the opener came from a simple corner which was bundled in at the near post by Smith. Barely a minute later and the U’s were down to ten men when the unfortunate Luke McNally tripped Knibbs and was dismissed and then, to add salt to the wound, during time added on for that card Smith again touched home from a corner, from the same side, and having been in control United were 2-0 down and facing a second half with ten men. 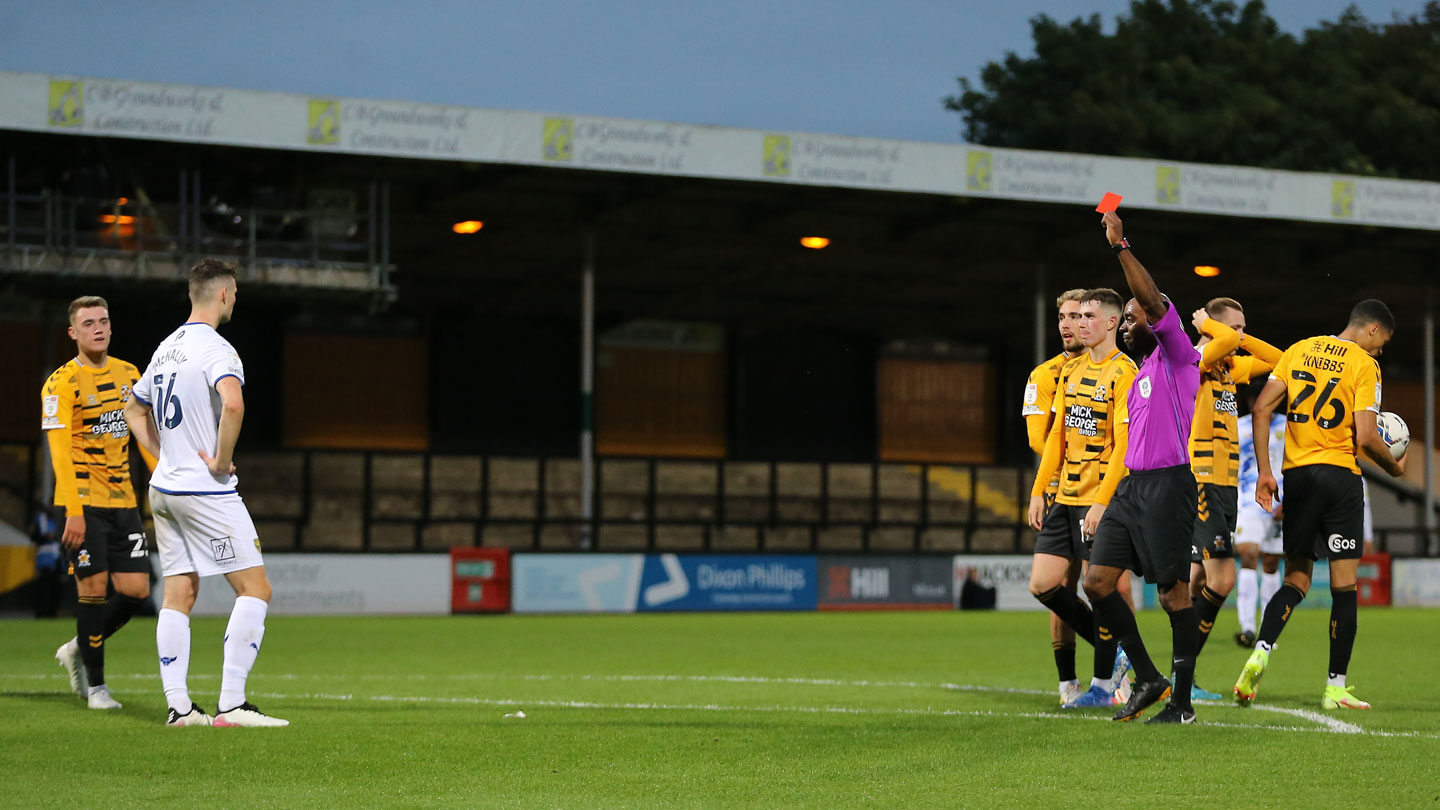 They battled away and fought for everything with Kane doing his level best to drive the team forward and John Mousinho cleverly guiding another young sub, Clinton Nosakhare, through his debut at centre half.

The power of Michael Elechi almost gave them a lifeline when O'Donkor rolled the ball into his path on the left of the area only for the young left-back's shot to ping back off the post with keeper Kai McKenzie-Lyle beaten and they then somehow found a way back in to the game when Agyei outmuscled two men and sent his shot over the keeper to make it 2-1 with 20 minutes to go. 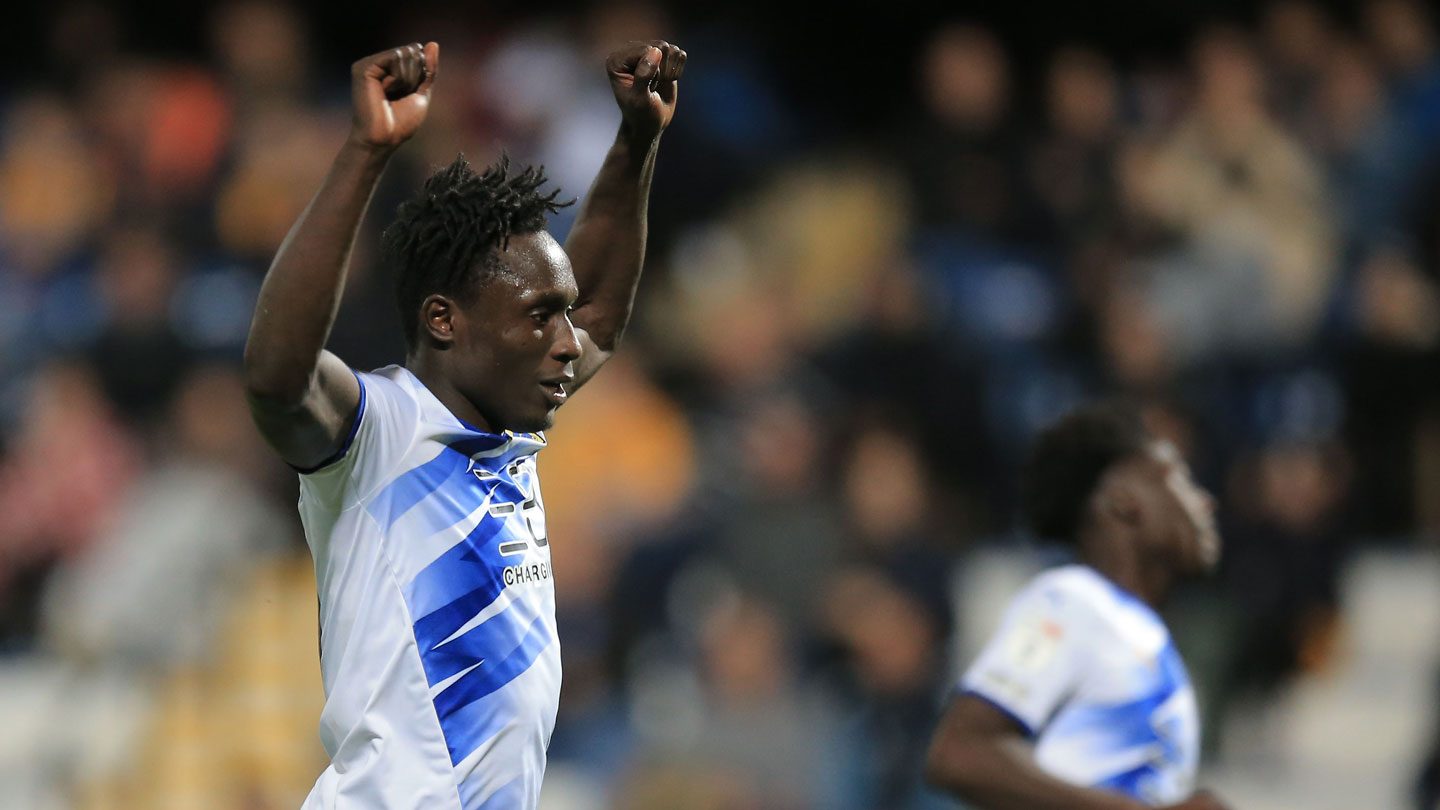 Sadly the comeback ended there and with ten minutes to go another right-wing corner travelled all the way to the back post where Knibbs knocked the ball home and United were undone.

There was still time for the excellent Simon Eastwood to make three great saves and for United to introduce another youngster for a debut, Josh Anifowose in midfield to make it 60% of the team having come through the Academy. That is encouraging in itself despite the result, confirmed when sub Yeam thumped a fourth almost through the stranded Eastwood from close range in injury time.

Nobody likes losing, whatever the competition but United have two chances to claw things back with games against Stevenage and Spurs U21s to come.