Oxford United will be supporting next weekend's social media boycott which will see football clubs across the country turn off their social media channels to highlight discriminatory abuse received online by players and many others connected to football.

The FA, Premier League, EFL, FA Women’s Super League, FA Women’s Championship, PFA, LMA, PGMOL, Kick It Out and the FSA will unite for a social media boycott from 15.00 on Friday 30 April to 23.59 on Monday 3 May. This has been scheduled to take place across a full fixture programme in the men’s and women’s professional game and will see clubs across the Premier League, EFL, WSL and Women’s Championship switch off their Facebook, Twitter and Instagram accounts.

As a collective, the game recognises the considerable reach and value of social media to our sport. The connectivity and access to supporters who are at the heart of football remains vital.

However, the boycott shows English football coming together to emphasise that social media companies must do more to eradicate online hate, while highlighting the importance of educating people in the ongoing fight against discrimination.

In our letter of February 2021, English football outlined its requests of social media companies, urging filtering, blocking and swift takedowns of offensive posts, an improved verification process and reregistration prevention, plus active assistance for law enforcement agencies to identify and prosecute originators of illegal content.

While some progress has been made, we reiterate those requests today in an effort to stem the relentless flow of discriminatory messages and ensure that there are real-life consequences for purveyors of online abuse across all platforms.

Boycott action from football in isolation will, of course, not eradicate the scourge of online discriminatory abuse, but it will demonstrate that the game is willing to take voluntary and proactive steps in this continued fight.

Finally, while football takes a stand, we urge the UK Government to ensure its Online Safety Bill will bring in strong legislation to make social media companies more accountable for what happens on their platforms, as discussed at the DCMS Online Abuse round table earlier this week. 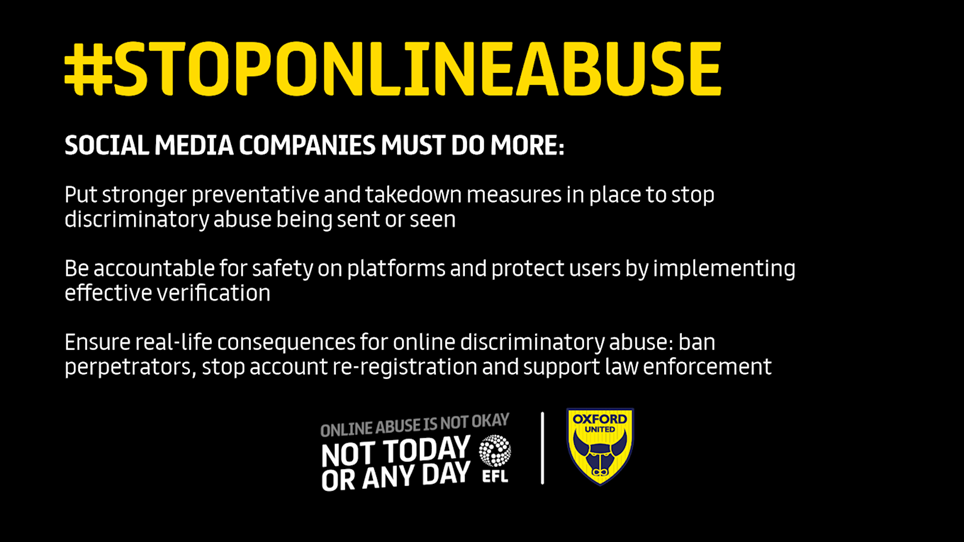 
Oxford will be truly united this weekend as the whole club joins football’s social media boycott to try and help stop online abuse. 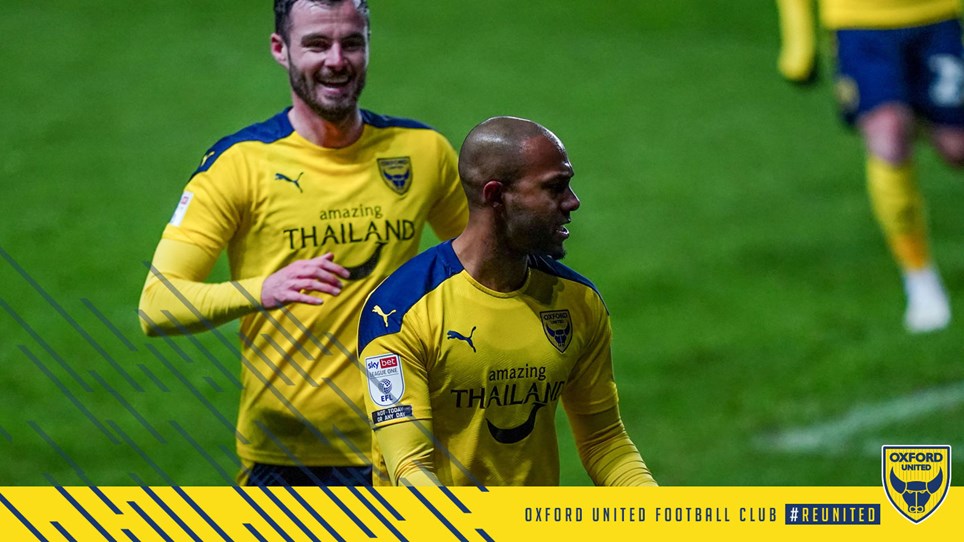 
Oxford United will be truly united this weekend when the club joins football’s social media boycott to try and help stop online abuse. 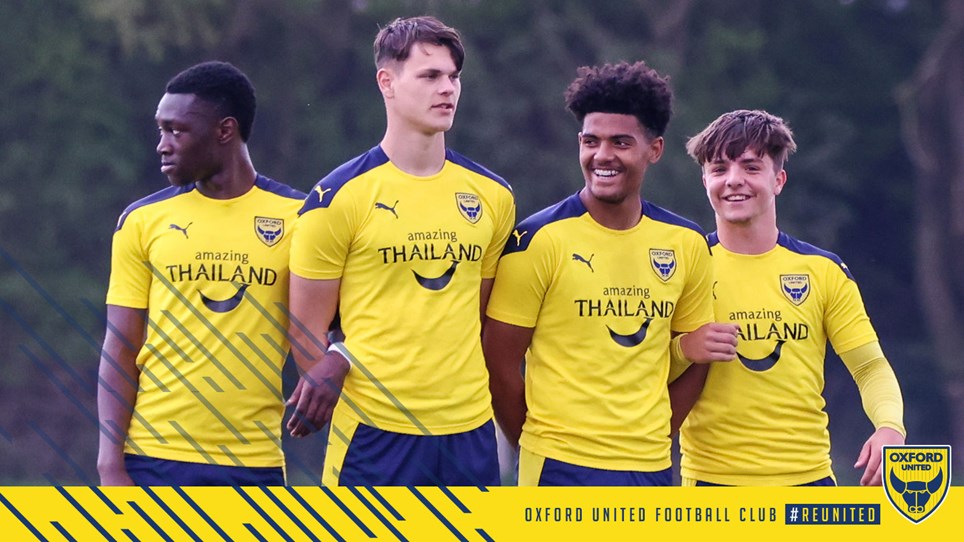 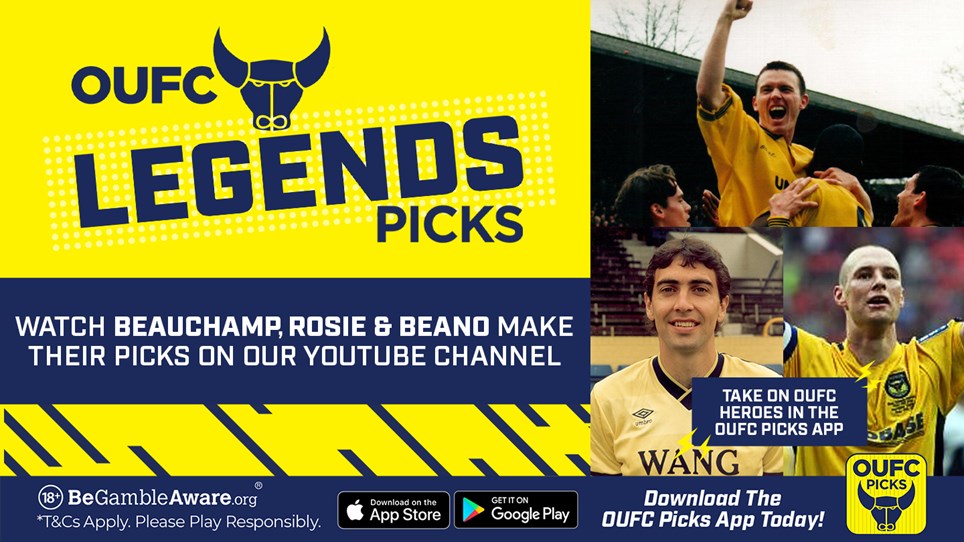