Oxford United’s under 21 side were beaten 2-0 by AFC Bournemouth this afternoon in a friendly at the Oxford Sports Park.

Playing against a slightly more experienced side United were beaten by a goal in both halves from striker Christian Saydee but could have few arguments with the result.

The U’s gave Luke McNally another chance to regain match fitness and the Irish centre half did well, dominating in the air and looking comfortable on the ball in a back four that saw Ben Watt at right-back, first year scholar Clint Nosakhare alongside McNally and Michael Elechi at left back.

The backline were grateful to keeper Edie Brearey though as he rushed off his line three times to stop Bournemouth strikers from running in on goal before Saydee gave the Cherries the lead on 32 minutes with a smart turn and powerful shot from ten yards out to give the visitors a 1-0 advantage.

McNally almost equalised with a rising effort on the turn which flew over the bar but the closest United came to a goal was right on half time when forward Callum Crook beat the keeper but saw his effort kicked off the line by a back-tracking defender.

Tyler Goodrham came off the bench and added energy after the break, seeing one drive blocked with Dylan Asonganyi unable to force the rebound home despite an acrobatic effort from the forward.

United rode their luck at times and saw one incredible effort on 70 minutes from the Cherries come back off the inside of both posts before Brearey made a magnificent save to keep the ball out for a third time in as many seconds. 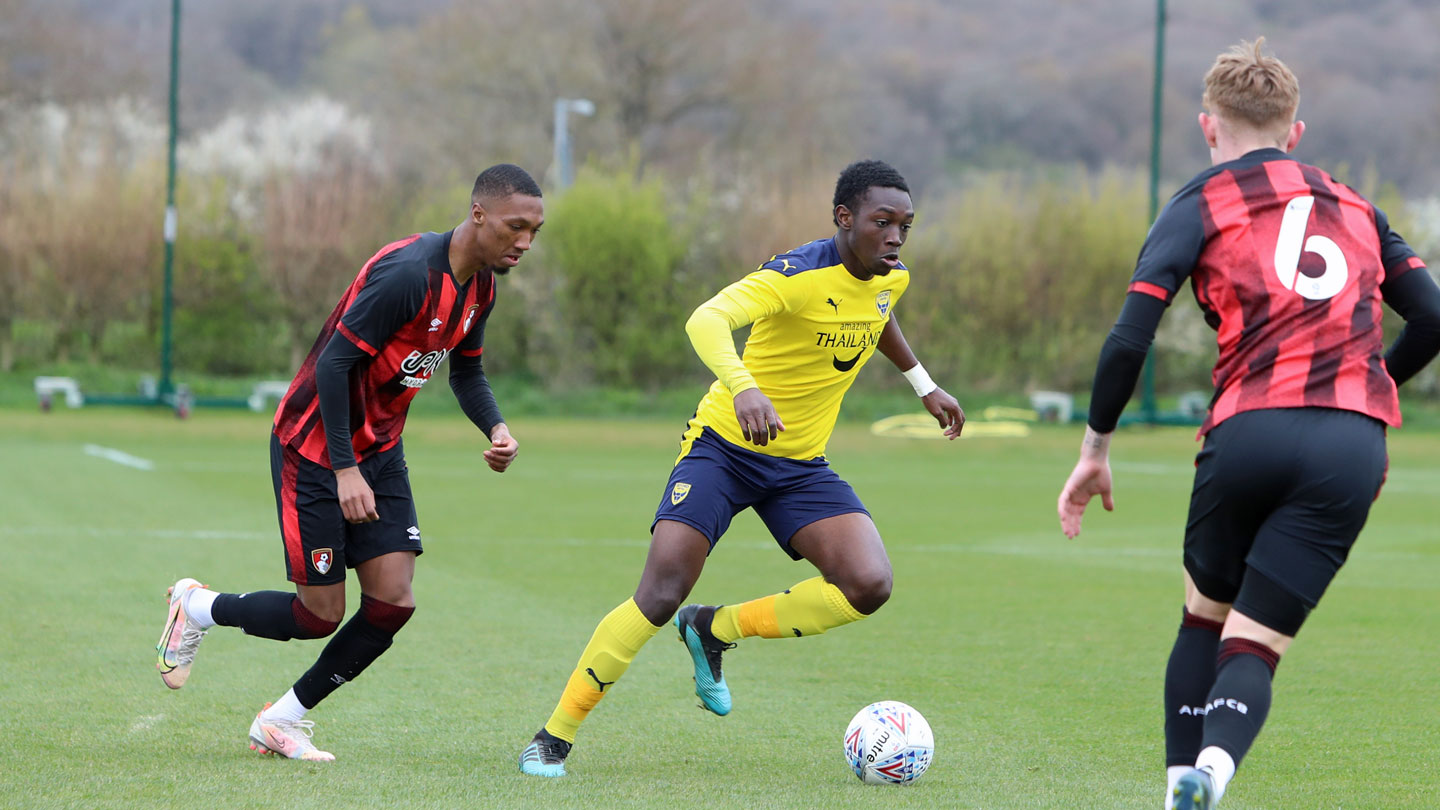 That proved to be a brief respite when on 77 minutes United were beaten when a bobbling ball wasn’t cleared and Saydee again fired home to make it 2-0 with his second of the game.

There was still time for Bournemouth to hit the bar again, and for McNally to head a late Jack Gardner corner just over the bar but the U’s can have few complaints at the final score against a strong-looking Bournemouth side who always had the edge.