Oxford United moved back in to the top six as two goals from Matty Taylor won them the first of three 'must win games' at the end of the season. Leading through an own goal from Plymouth skipper Joe Edwards, United should have been comfortably ahead by the break but, having missed chances,  allowed Niall Ennis to equalise before two quick goals from top scorer Taylor kept their season very much alive.

Given the need for three points, United fielded an attacking line up and should have had the game wrapped up by half time. Rob Atkinson was inches away inside the first minute, gliding a header just the wrong side of the post, and Mide Shodipo nodded wide of the other upright two minutes later. Mark Sykes thumped a shot into keeper Mike Cooper’s gloves and Dan Agyei headed another chance over the top, all before we had reached eight minutes!

Plymouth, fresh from a 6-0 defeat at the hands of Charlton, weathered that early storm and then hit the outside of the post through Byron Moore with their only real chance of the first half, but Cooper at the other end was by far the busier of the two goalkeepers, having to come out quickly to throw himself in front of the advancing Sykes and grateful that a Shodipo curler started a couple of feet too wide. 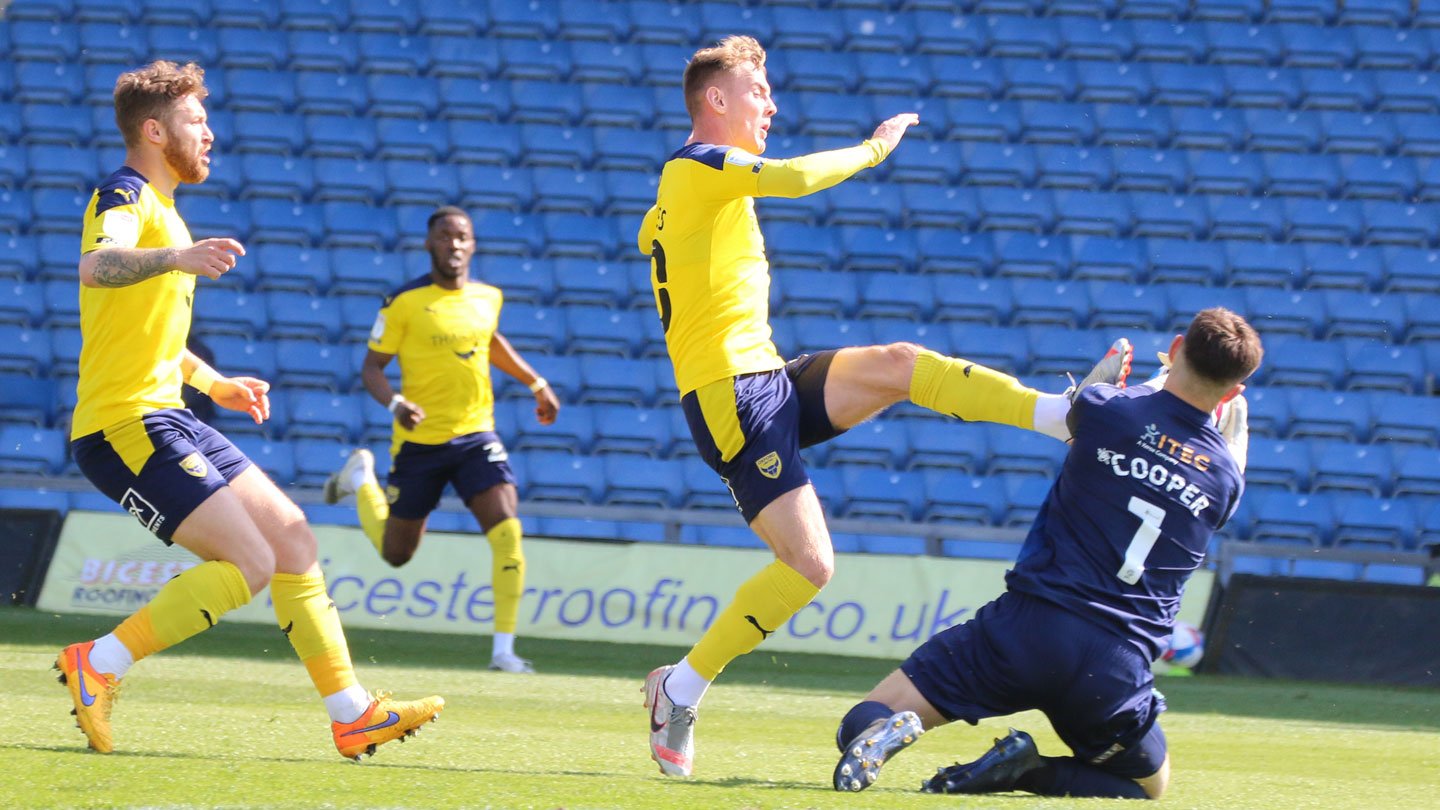 In the end, Plymouth did United’s job for them, gifting them the opener after 28 minutes. Elliot Lee’s free kick was beautifully delivered and there were a string of United players waiting to convert it, but captain Edwards saved them a task, throwing himself at the ball and only succeeding in diverting it past the wrong-footed Cooper for an own goal. 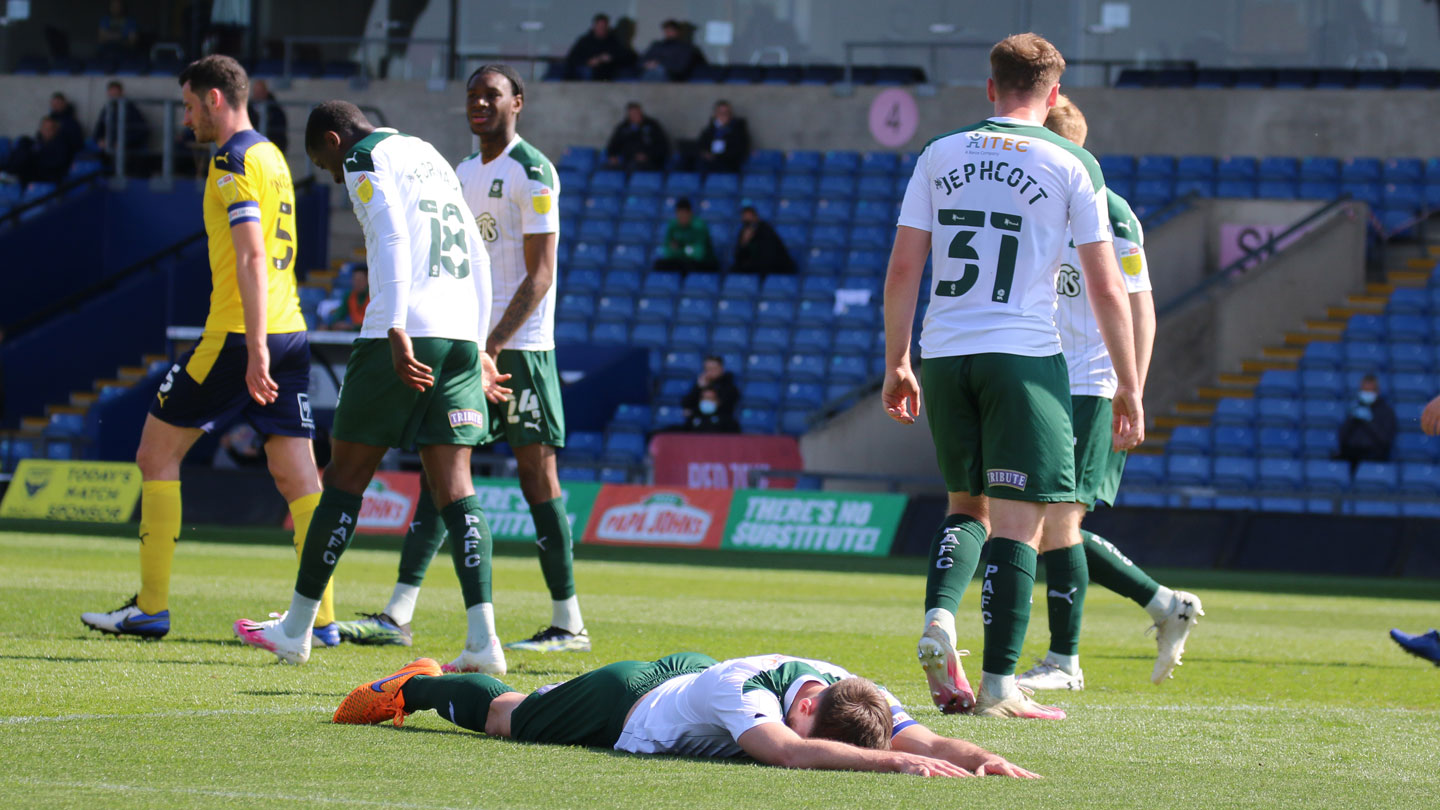 Cooper made another excellent save from Sykes and Taylor hit the keeper’s legs with a header as United continued to throw everything at Argyle without finding a second goal that would have killed the game off at half time.

That left the door open for the visitors and it took a good block from the excellent Rob Atkinson and a fine tackle from Sam Long to keep United ahead early in the second half as Ryan Lowe's side came at them. On 65 minutes they were level when Danny Mayor drove at the defence and slipped the ball into the left channel for Ennis, who showed excellent composure to curl the ball home across Stevens to level things and briefly move the U's back out of their half-time place in the play-offs.

Season over? Nope. This is going right to the wire and three minutes later United were back in the top six when Taylor put them back in front with his 16th goal of the season. Sykes made it but Taylor is the poacher supreme and was at the near post to barrel the ball past Cooper and just ease any nerves that might have been creeping in. 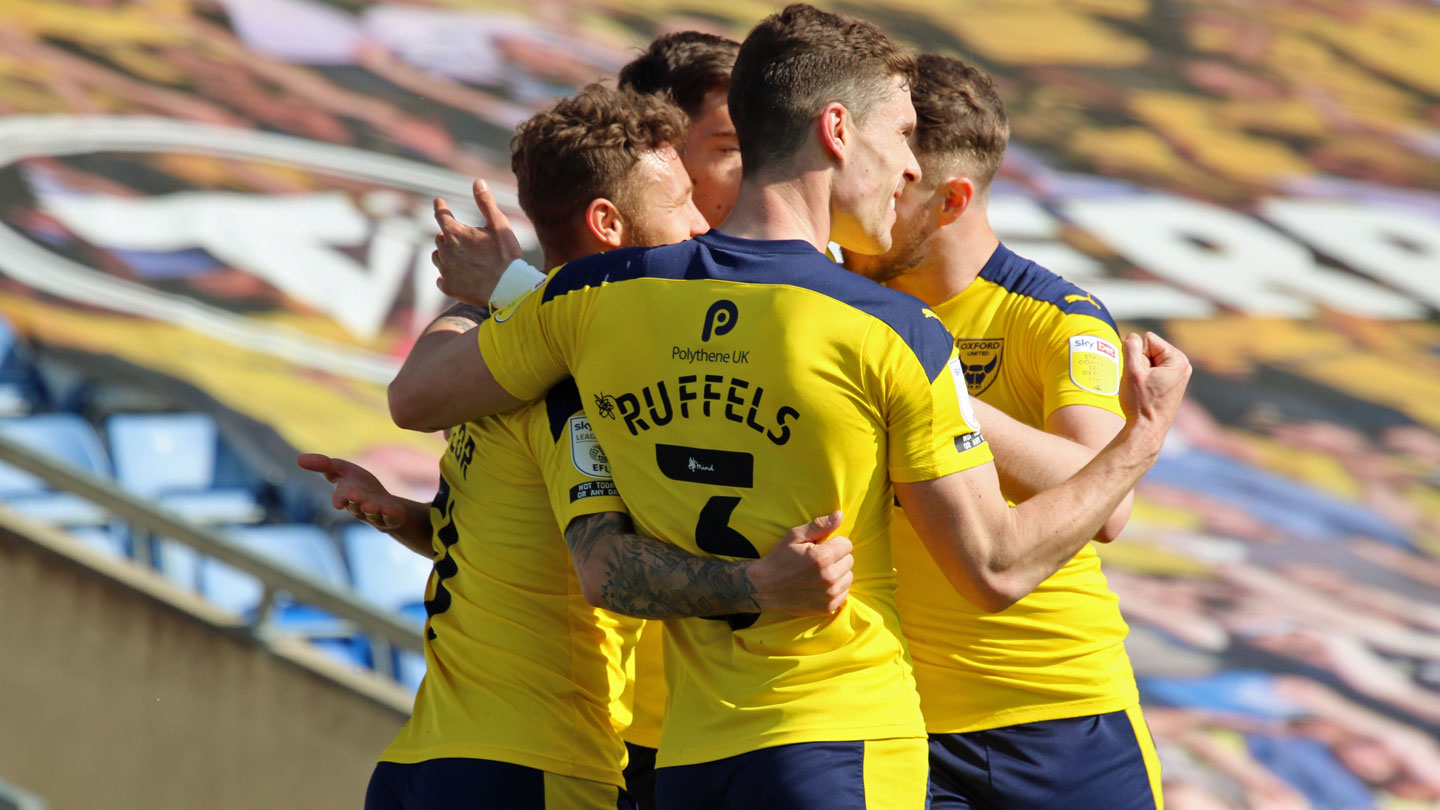 Captain Elliott Moore was unlucky with a 78th-minute effort that got a slight deflection over the bar, but it mattered little as from the resulting corner the ball was nodded goalwards and Taylor, even closer this time, touched it home for a priceless goal that puts him on to 17 for the season and keeps things alive as United go into their final two matches of a long, hard season in the highest position they have been.

Other teams have games in hand, that is out of United's control. All they can do is try to win their remaining two matches, at Shrewsbury and then at home to Burton Albion, and see where it takes them.

The Oxford Trilogy part one, successfully won. On to the next...