Oxford United’s pre-season ended in a dramatic comeback today as two late goals from sub Derick Osei Yaw saw them hit back to draw 2-2 at Brentford's impressive new ground. Two goals from Sergi Canos had earlier given the Bees a 2-0 lead, but United had battled hard and showed plenty of character to hit back.

On a ground so new it doesn’t even have a name, there were at least some familiar ones in the form of Tariqe Fosu and Shandon Baptiste on the Brentford side, as well as new signing Ivan Toney from Peterborough who glided an early header wide to remind United of the danger he always poses.
Missing Joel Cooper (away on international duty), Jamie Hanson with a calf injury, and Elliott Moore for family reasons, United had early chances, James Henry driving high into the multi-coloured seats from the edge of the box and Mark Sykes forcing a corner with a driving run. But it took two fine saves from Simon Eastwood from a Mathias Jensen free kick and another Toney effort to keep United level at the break.
United absorbed pressure for much of the first half with John Mousinho and Rob Atkinson doing well as a central defensive partnership and Eastwood denying Baptiste after 36. Atkinson found time for one eye-catching drive forward just before the break which set up Dan Agyei for a wayward drive, but overall United had needed to defend well to keep things level in the first half.
You would probably accept that from a team previously one game away from the Championship away at a side one game away from the Premier League last season, and it took a brilliant save from the overworked Eastwood to keep a Canos penalty out as the Bees continued to buzz around the United box.
The honour of scoring the first goal at their new home came soon enough for the Spaniard though. Ten minutes into the second half he slipped through and slid the ball past the sprawling Eastwood, rightly celebrating his little moment of history and putting the U's behind.
It took another good save from Eastwood to keep a trademark Fosu effort out just after the hour, but on 73 Canos made it 2-0 with a low drive inside the near post from the edge of the box.
United were far from finished though and after good work from McGuane and Sykes it was new french striker Osei Yaw who found the net, following up well with a low drive after an initial shot had been pushed out to him. 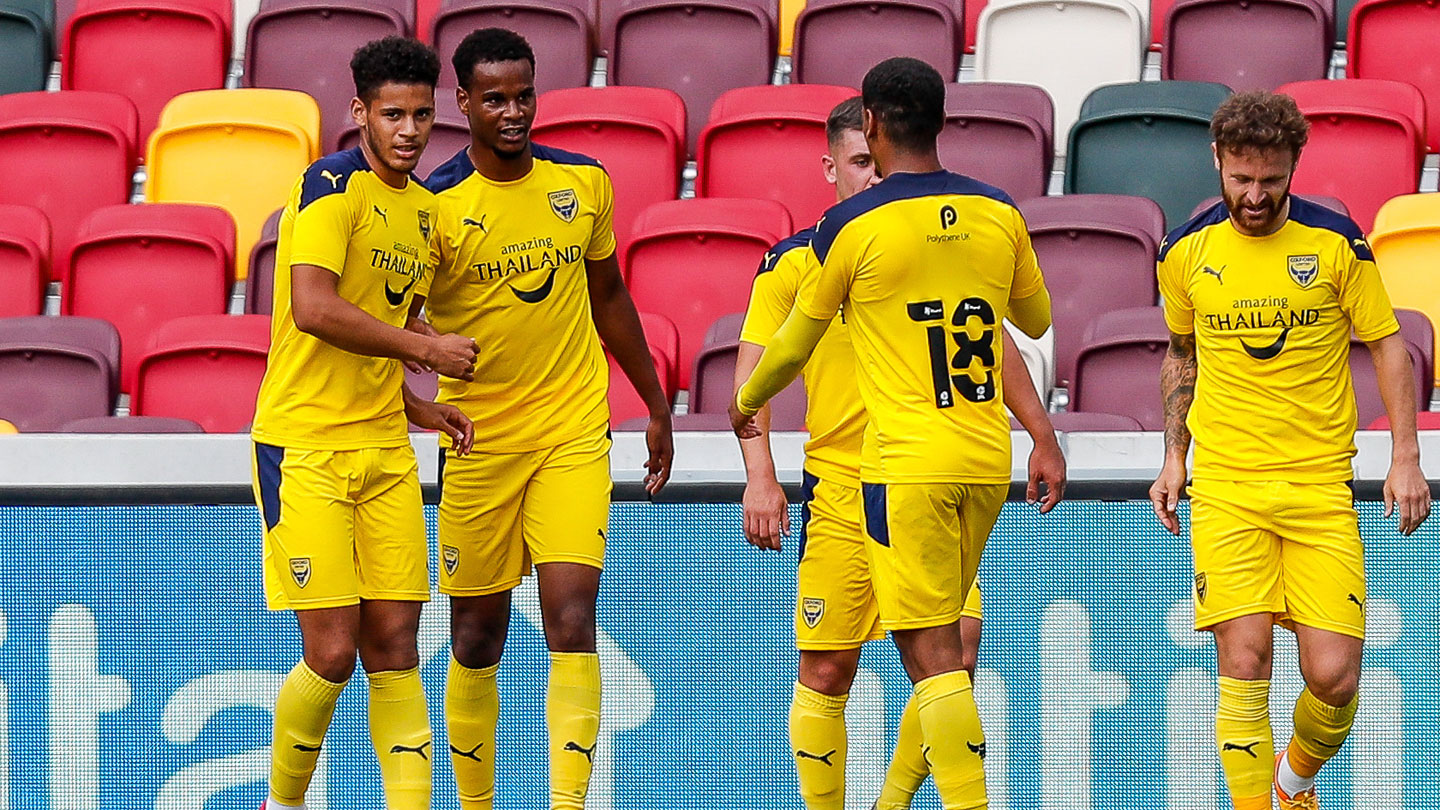 Two minutes later and he was on the spot again, powering past a defender to seize onto another loose ball and force it home for his second goal and give the U's another confidence-boosting draw. Could the Frenchman be this season's surprise packet?
Our thanks to Brentford and best wishes for the season ahead. They have a superb new ground and a very impressive side. United meanwhile have quietly gone about their business over the last few weeks and look in great shape. Saturday sees AFC Wimbledon visit the Kassam Stadium in the Carabao Cup.
See it all in iFollow.
United
Eastwood (Stevens 76), Long, Mousinho (Lofthouse 76), Atkinson, Ruffels (Clare 55), Kelly (Osei Yaw 74), Henry (McGuane 46), Sykes (Napa 87), Hall (Taylor 55), Agyei (Gorrin 74), Forde (Brannagan 46)
Report by Chris Williams