Oxford United went out on penalties in the Carabao Cup tonight. Leading through a Rob Hall stunner, United were denied a victory in full time when Ken Sema scored a late equaliser to set up drama once again before Watford won the penalty shoot out 3-0.

United had to recover initially after the Hornets almost seized the initiative with an early opener. There wasn’t even a minute on the clock before Jack Stevens had to show what a good goalkeeper he has become with a reflex save from close range as Stipe Perica looked to capitalise on some hesitant defending in front of him.

The same player then clipped the bar with a second effort after ten minutes but United weren’t overawed in any way and began to settle, with Cameron Brannagan seeing plenty of the ball and full backs Sean Clare and Sam Long providing the width in a new shape that saw Brannagan and the impressive Anthony Forde holding, Hall as a ten and Dan Agyei, Derick Osei Yaw and debutant Joel Cooper further forward.

On 25 it was the left foot of Hall that blasted United into the lead. The excellent Long started it, Cooper powered through two challenges and Hall needed no invitation to let fly from 20 yards out with a characteristic effort that flew over Bachmann’s turning dive. Let’s Rock. 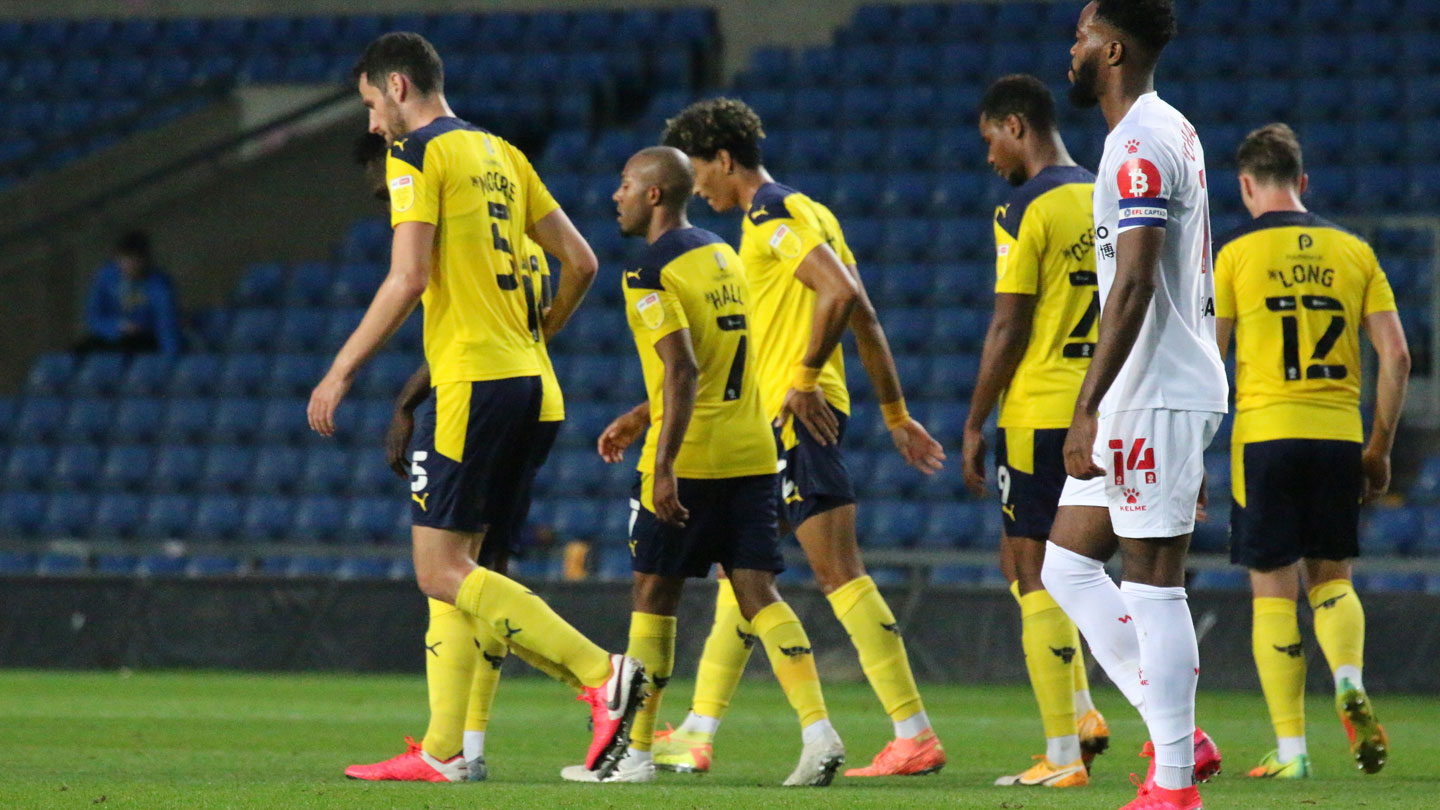 Hall was at it again soon after, setting up Osei Yaw for another blast at goal which Bachmann helped round the post, and with Agyei again forcing the keeper into a save on 35 and Brannagan drawing the best save of the lot from him on 37, United had started to hit their stride.

Elliott Moore, excellent at the back, hooked a right footer against the post and when Long stormed in on goal, Cooper looked certain to double the lead as Bachmann pushed his save back to the winger only for him to shin the ball over the fence rather than into the empty net in front of him.

Had there been fans in the ground they would have been lapping it up. Stevens made another good save before half time in a terrific cup tie, Bachmann clawed away a Moore header before Clare threw himself in front of a goalbound effort at the other end, so those watching on iFollow had certainly enjoyed their money’s worth before the break.

Watford made two changes at the interval to try and regain the initiative, but United dug in and chances started to dry up at both ends, although Mousinho having to limp off with 20 minutes to go will be a concern as the U's prepare to take on Sunderland in the first home league game of the season on Saturday.

Watford, on the other hand, had used all three subs by the time Marc Navarro hobbled off soon after, leaving just ten men to try and keep them in the cup. It took a magnificent save from Stevens to keep the visitors at bay, again denying Perica with five minutes left, but the visitors weren't to be denied and on 89 minutes Sema somehow found acres of space to calmly slot home a loose ball and force yet another penalty shoot-out at the Kassam Stadium - the third in four competitive games behind closed doors and almost unnecessary when Bachmann tipped a last gasp Hall header round the post which would have won it.

And so to the shoot-out. Forde saw the first one saved, Sema sadly didn't do the same. McGuane went the same way as Forde and was denied, Quina made it 0-2. Hall's drive was saved and Perica finished the job.

No shame in defeat on penalties. United had matched their Championship visitors and can be proud of their efforts. To the league we go...