TEAM NEWS
United are without Josh Ruffels who damaged his shoulder during Saturday's game at Lincoln. However Rob Atkinson is available after his red card in that game was overturned after an appeal.

The U's are without Jamie Hanson who is perhaps two weeks away from a return and Alex Gorrin with an ankle injury and have new doubts over Mark Sykes and Matty Taylor who may be rested ahead of Saturday's home game against Sunderland in the league.

Jack Stevens is likely to start in goal while John Mousinho, Anthony Forde, Derick Osei Yaw, Dan Agyei and Rob Hall all started in the last round against Wimbledon and are likely to feature again. Joel Cooper who missed the first two games due to his involvement with the Northern Ireland squad stands by for a full debut.

Hear from Joel in the Preview Show where we also have Oxford and Watford hero Les Taylor as well as an exclusive pre match interview with Karl Robinson. See it all in iFollow right now.

“Pre-season was not long and how we wanted it to be" he said. "We worked with 10 or 11 players for half of pre-season because of the situation and some of them are not ready to play three games per week. We need to protect them and give chances to other guys for this game” he said.

“It's a good chance for the young players because we've had a few of them who have worked with us in the past two or three weeks. They worked hard and are disciplined guys who follow instructions and they have quality so some of them will get a chance.

“I watched Oxford’s first round game. They have a big squad and some quality players. It will be a very difficult game. It doesn't matter they come from the third division. They fought for promotion last season and I believe they will be fighting for promotion again. We must be serious from the first minute to the last if we want to advance to the next round.” 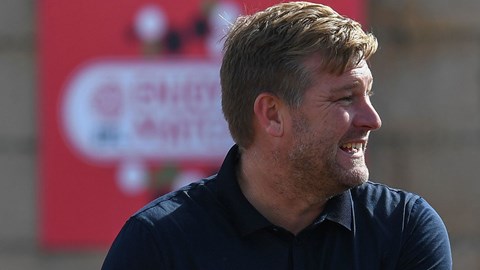 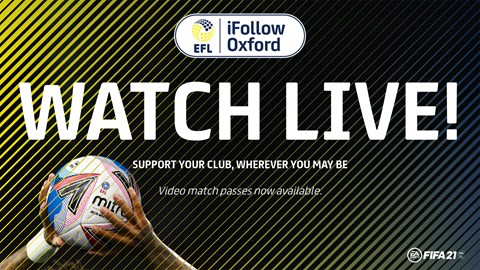 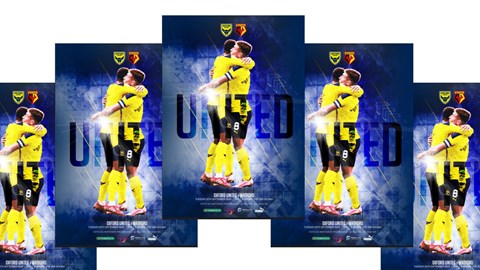 TICKETS
A reminder, if needed, that the game is behind closed doors and we once again ask all fans to respect the current situation and stay away from the stadium.
THE MATCH
If the game is level after 90 minutes it would go straight to penalties with no extra time. The winners are away to either Newport County or Cambridge United in round three

Season Tickets
There is still time to buy a season ticket. Just CLICK HERE or call 01865 337533 to join the Yellow Army and see the games online as well as being at the front of the socially distanced queue when fans return to the stadium.