Oxford United's lengthy injury list is easing up with Jamie Hanson now back in full training with the U’s.

The former Derby midfielder came through a full training session today as the U’s prepared for Saturday’s home game against Crewe Alexandra in Sky Bet League 1 meaning that he could be back in contention for the first time this season having injured a calf in the first week of pre-season.

He was joined in training today by young striker Dylan Asonganyi who was struggling with a slight hamstring problem but has now also been given the green light to train fully.

Meanwhile both Josh Ruffels and Alex Gorrin were out on the training pitches this morning. Ruffels is coming back from a shoulder injury while Spanish midfielder Gorrin is easing his way back after an ankle injury.

Both are slightly ahead of schedule and although the Crewe game may come a little too soon they will be back soon with Sam Winnall not far behind and John Mousinho also making good progress and hard at work in the gym after a knee injury. 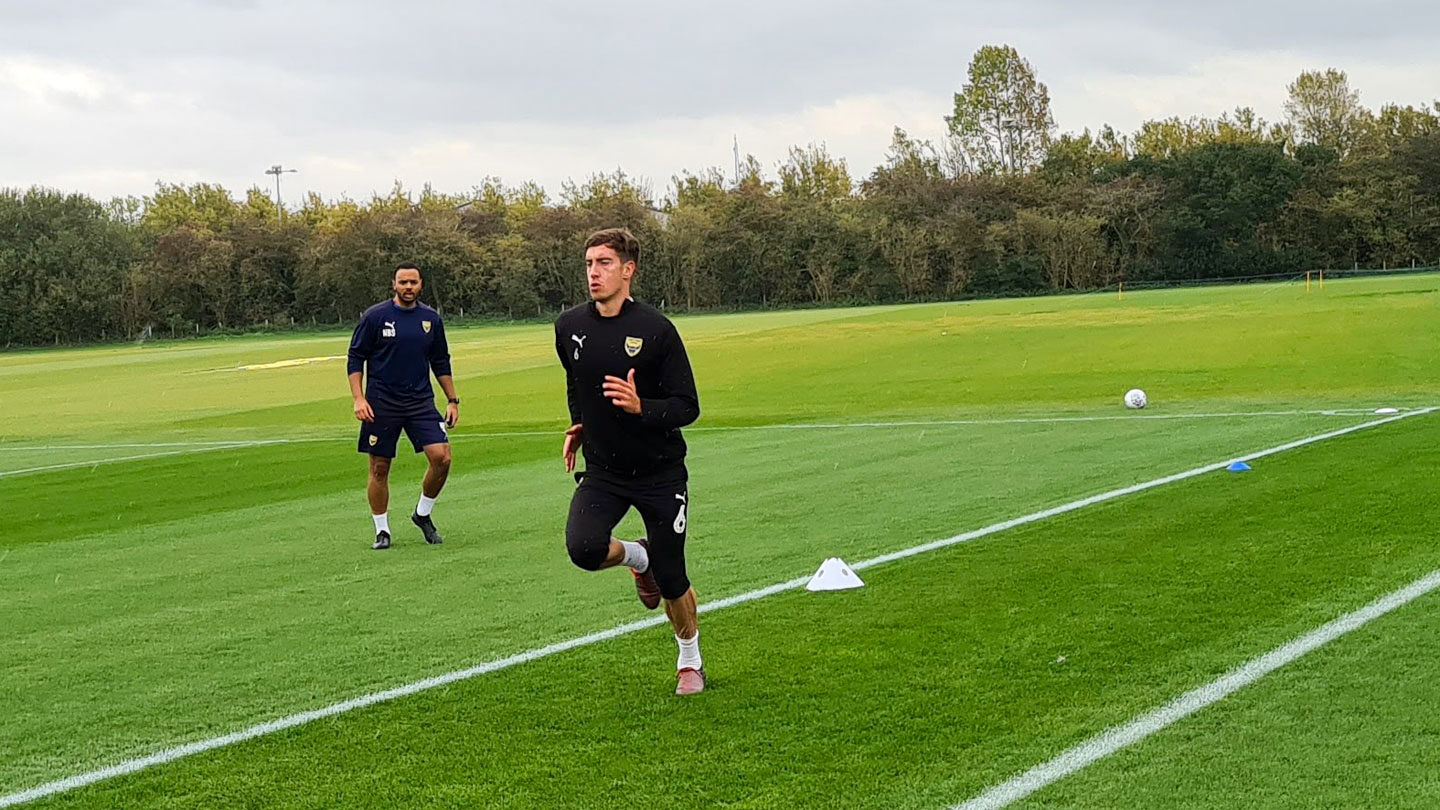