Two goals from Joel Cooper and a fine strike from Derick Osei Yaw gave Oxford United a 3-1 win over Southend United as they kicked off their Central Cup campaign today.

Cooper, named as Northern Ireland Player of the Year at the weekend, returned from international duty to gain a full 90 minutes of match action alongside a predominantly young U’s side where Osei Yaw and Jamie Hanson added a touch of experience.

If anything though Southend perhaps shaded the first half despite Kyran Lofthouse hitting the post for the U’s and Jack Stevens impressing in midfield. However it was the visitors who had the lead at the break when Jon Benton let fly from the edge of the box to leave keeper Kie Plumley helpless and make it 1-0. 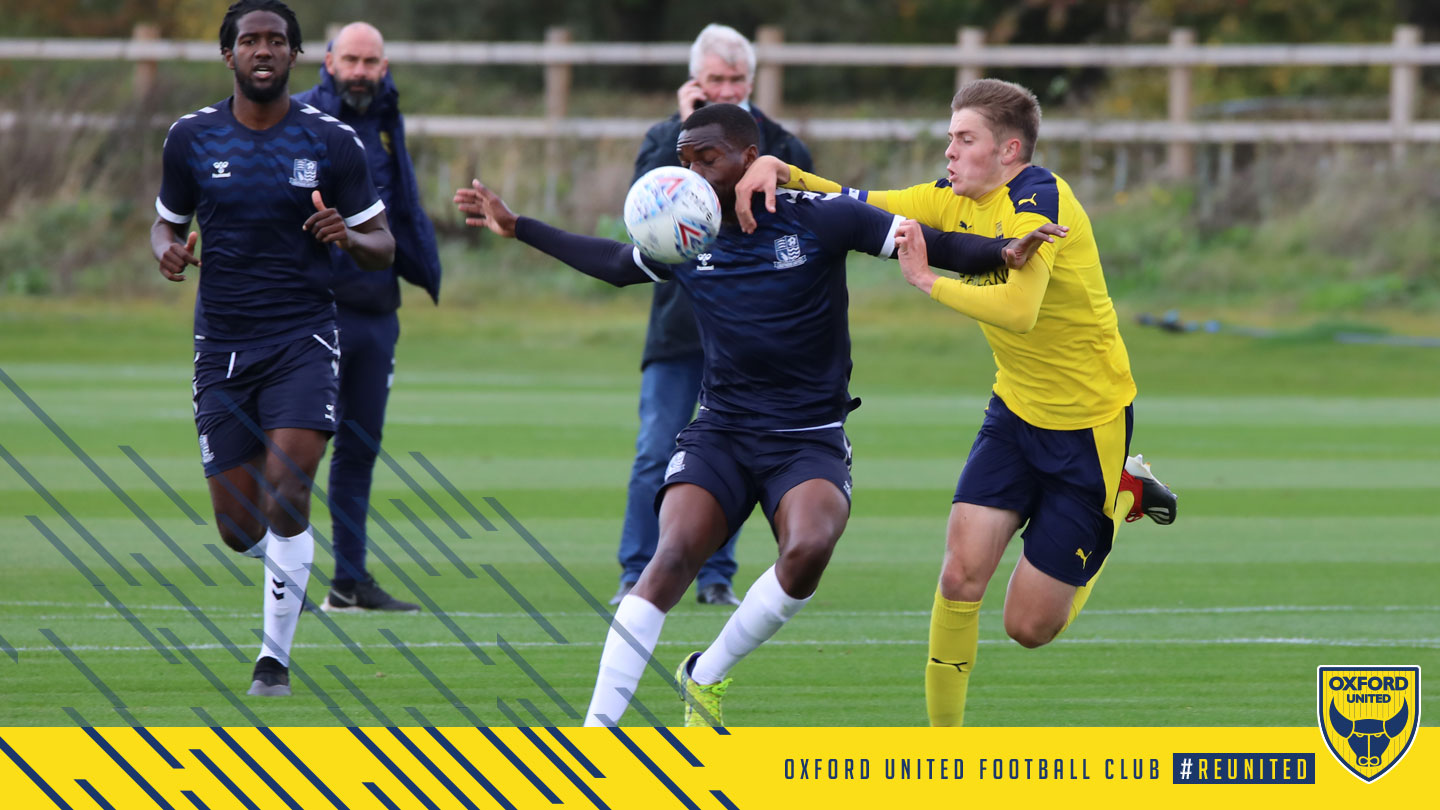 The watching Karl Robinson will have been impressed by United’s reaction after the break and it took just 16 seconds for Cooper to level with a well struck effort before Osei Yaw made it 2-1 just before the hour mark, ending a powerful run with a clever curling finish beyond visiting keeper Callum Taylor.

United created further chances with sub Jack Gardner going close but it was Cooper who settled things in the 87th minute when he drove into the area and beat the keeper from a tight angle to make it 3-1.

A good start in a round robin competition which will see the U’s take on AFC Bournemouth in the next round of games.