Oxford United’s under 21 side enjoyed a fine 3-1 win over AFC Bournemouth in the Central League Cup this afternoon at the Oxford Sports Park as a Michael Elechi penalty and goals from Dylan Asonganyi and Slavi Spasov, all in the first half, saw them home against a Bournemouth side who ended with ten men in a highly competitive and entertaining match.

The U’s created a hatful of chances in the first half as the attacking front three of Jack Stevens, Spasov and Asonganyi, with Leon Chambers-Parillon just behind, underlined their potential with some superb play. Chambers-Parillon and Spasov had already forced saves from the keeper and Asonganyi had ended a bright run with a shot wide from the edge of the box before Stevens burst into the box and was tripped by the keeper. Elechi made no mistake from the spot to make it 1-0 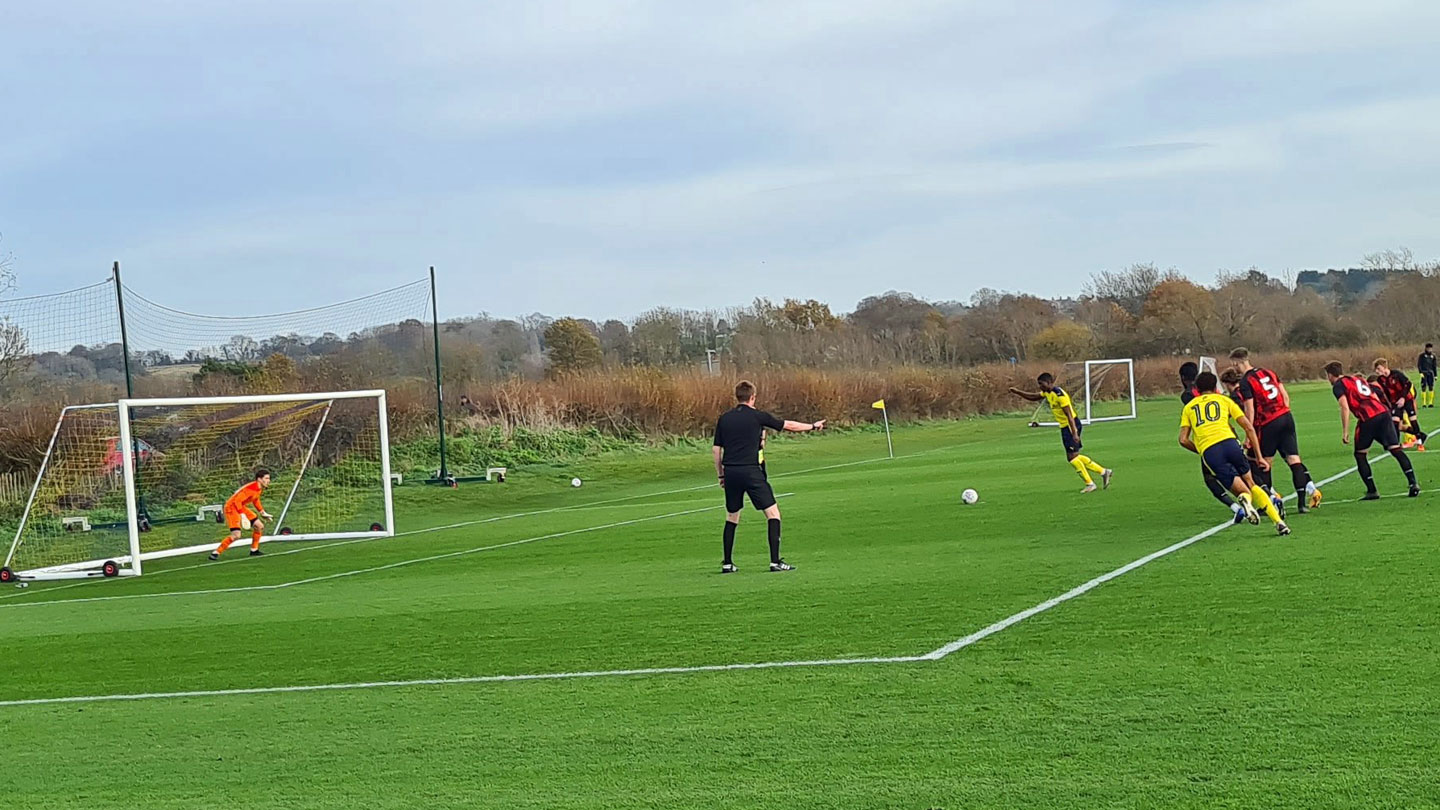 However five minutes later United let Bournemouth back into the game from their first shot of the half. A clever move by Jordan Zemura saw him get clear and fire past keeper Kie Plumley to level things; the visitors then having their best spell and Plumley having to rush from goal to make one save before making another excellent save to keep thing level.

United then regained control with Spasov again off target and defender Nico Jones seeing a header cleared off the line before on 38 minutes Spasov showed terrific strength to get into the box and Asonganyi curled a good finish home to make it 2-1. 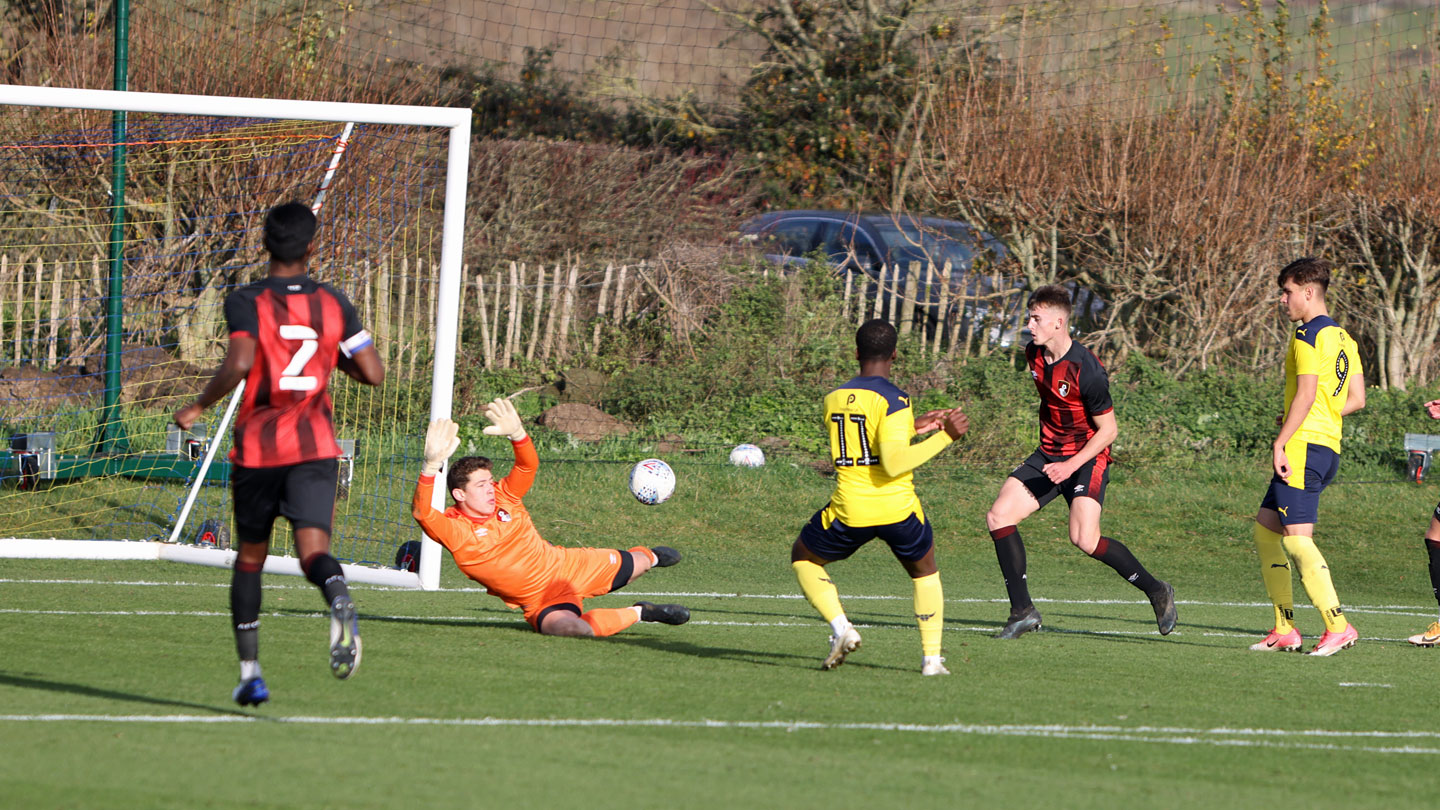 The over-worked keeper then had to make two more saves from Chambers-Parillon and Spasov before the striker finally got his goal, powering home a header from an Asonganyi cross with the last touch of a thrilling first half. 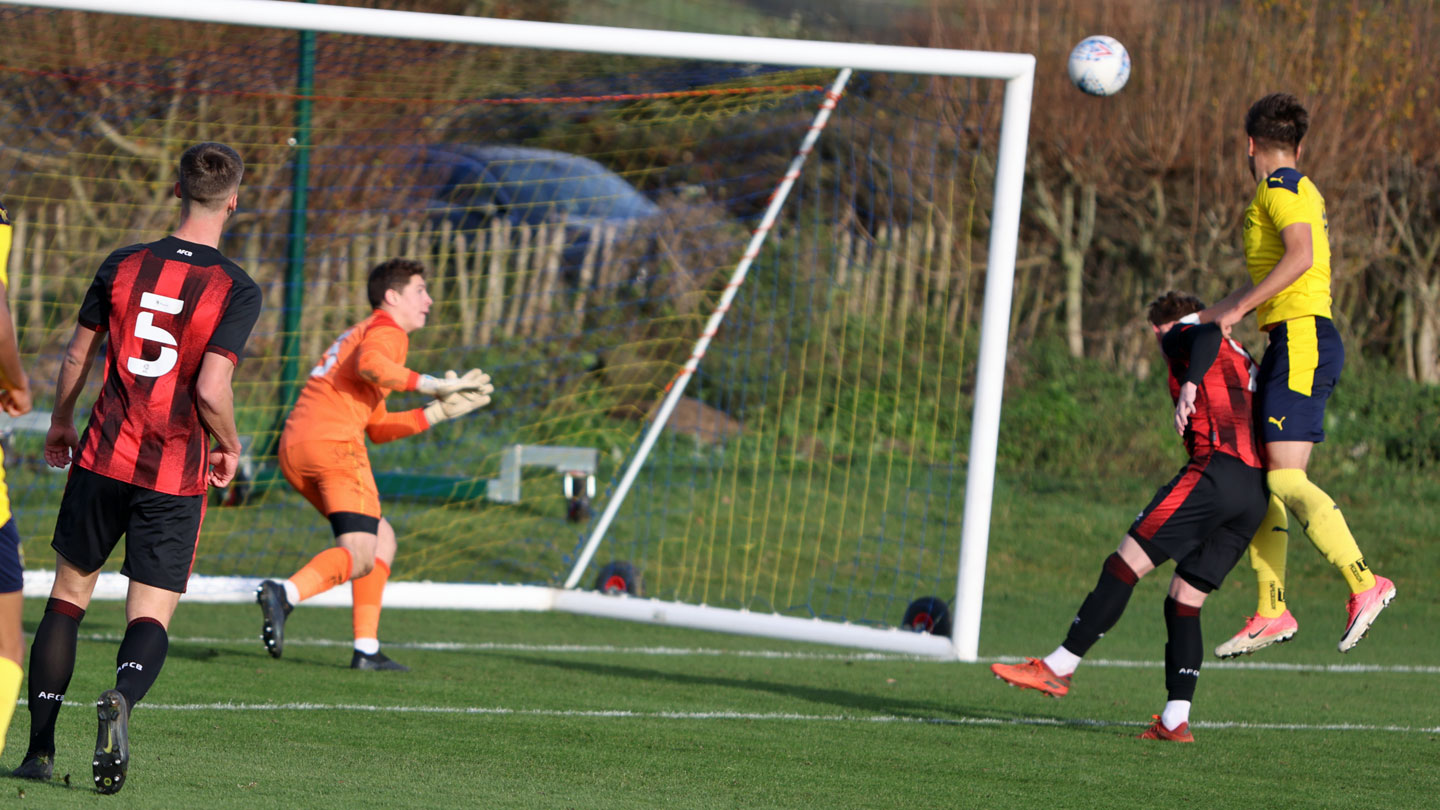 The U’s, without the injured Fabio Lopes and Tyler Goodrham, continued to impress after the break, although Bournemouth tightened up at the back, a magnificent run from Kyran Lofthouse and another header from Spasov as close to a goal as United came, despite the visitors being reduced to ten men for the final 20 minutes after a poor challenge in midfield led to a straight red card.

Plenty of encouraging signs for the young U’s who now travel to Southend next week knowing that a win would take them through this first group stage of the competition, where they have now played three, won two, lost one.