Oxford United bowed out of the FA Youth Cup tonight after a 2-1 defeat against AFC Wimbledon at Thame United’s ASM Stadium.

Trailing to an early Dons goal the U’s hit back swiftly through Adam Smith but were beaten by a second goal from the visitors before the break with Wimbledon withstanding late pressure to book their place in the second round.

As expected the game started at a million miles an hour as youthful exuberance and enthusiasm led to a whirlwind opening period. The visitors had forced keeper Eddie Brearey into a save even before they took a tenth minute lead when a blocked clearance from Brearey allowed Yeboah to bear down on goal and make it 1-0, but that only forced a positive reaction from the U’s who were level ten minutes later. 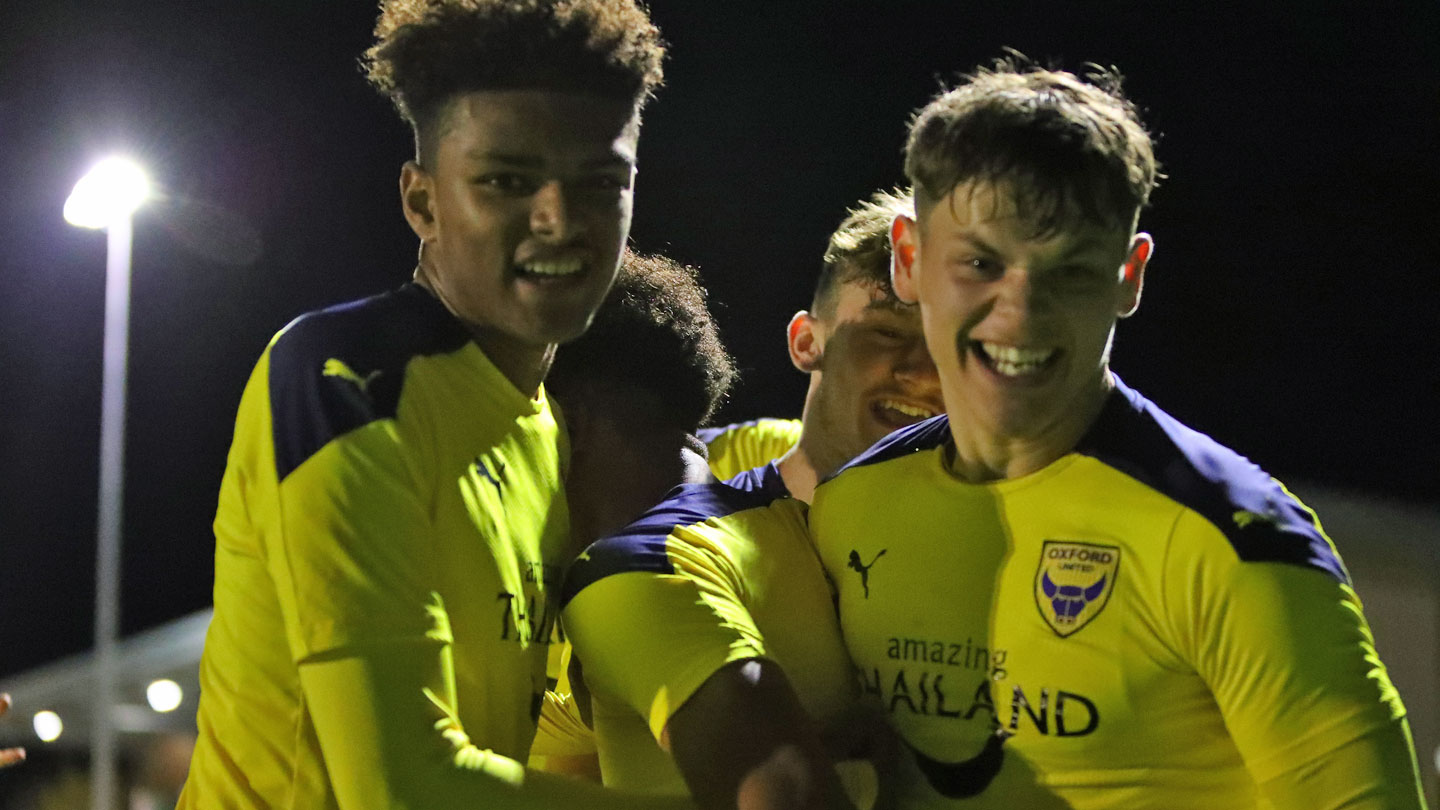 An injury to Tyler Goodrham forced a change for the U’s but sub Will Owens settled quickly on the left wing and with Smith and Callum Crook alongside United looked dangerous up front, with Mac Masters sitting at the base of a solid looking three man midfield with skipper Jack Gardner and Josh Anifowose.

Sadly they were unable to keep it level at the break as Julian Sarmiento-Ramirez drifted in from the right and let fly with an effort from the edge of the box that found the bottom right corner to give the Dons the advantage at the break.

A further injury to Smith- both he and Goodrham left the ground on crutches- disrupted the U’s after the break with Brearey and his backline of Ben Watt, Clinton Nosokhare, James Golding and Johnson having to make good blocks to stop the visitors from further extending their lead.

United did build up a head of steam late on and were far from out of the game, setting up an exciting six additional minutes, but found the visitors just too strong defensively and couldn't find a second goal to force extra time.

A good effort and lots of hunger on show, just not quite the knowhow, yet, to unlock a defence as they chased the game. That will come and with the team second in the league table there is still plenty to look forward to for these young U’s.