IN the first of a series of articles we take a look at life at the U's during Lockdown, starting today with Oxford United Women

"As United Women currently face a period without fixtures being played, the importance of bringing The U’s to the fans is greater than ever.

To help keep United fans’ spirits high and in the loop, various content has been posted on our website and social media channels over the course of lockdown and will continue to do so.

Firstly, on the eve of lockdown measures being imposed, United boss Liam Gilbert reflected upon the hard work and commitment that his side have shown throughout the season so far, a campaign which currently sees The U’s maintain third place in the Women’s National League, albeit with a game in hand on their rivals. Liam Gilbert spoke about his satisfaction with his team’s efforts so far:

The full interview can be read HERE. In addition, extra coverage on Twitter was given to what proved to be one of The U’s last training sessions before lockdown, through various photos and videos of players being put through their paces. 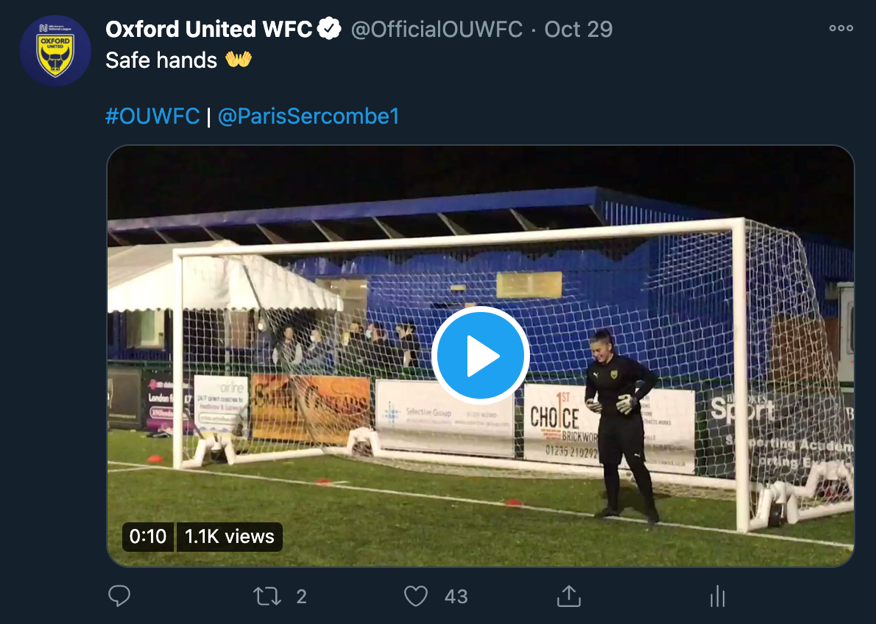 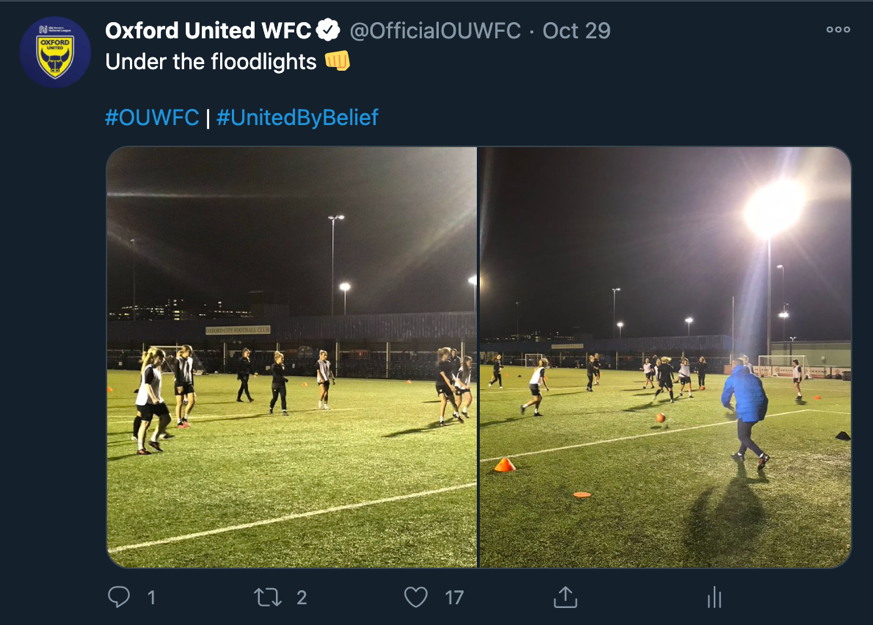 United fans were recently given the opportunity to voice their opinion on who should be crowned October Player of the Month sponsored by Chadlington Brewery. Following the vote, club captain Lauren Haynes was rewarded for her outstanding efforts for the club with the award. The star midfielder played every minute of The U’s games in October, also recording a stunning long-range goal against Crawley Wasps to help inflict the visitors’ first away loss in the league since April 2016.

Last week, United Women’s social media channels also celebrated Women’s Football Weekend. Despite not having a fixture, fans and players alike were encouraged to share their motivations behind choosing to explore the world of women’s football, and any favourite moments from the past. 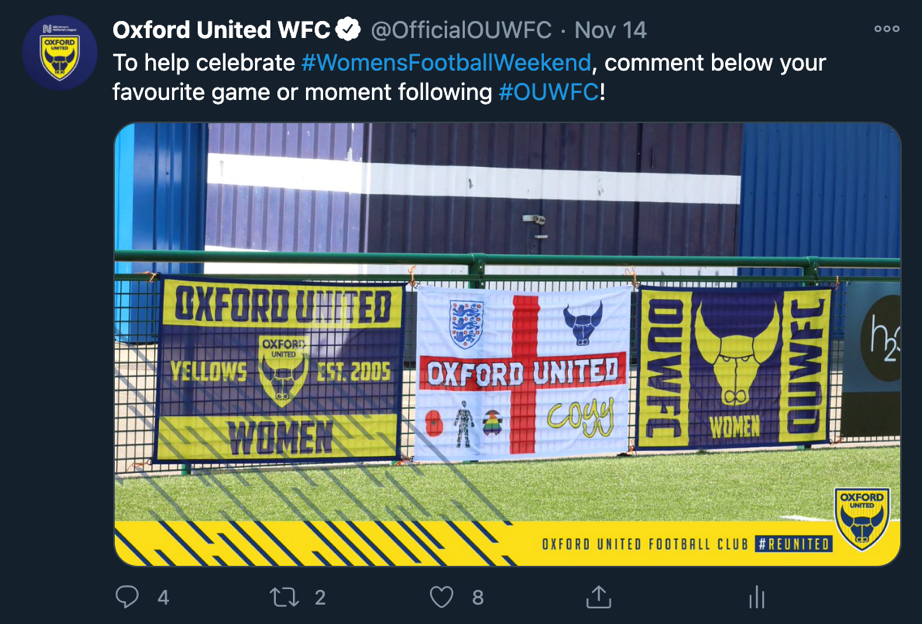 Specifically, United players shared the role that football played in their lives growing up, and who helped inspire the decision to become a footballer. For instance, midfielder Kayleigh Hines shared how football runs in the family:

“I’m inspired by my Nan. She played football in her youth and grew up during the time women were banned from playing football, that ban being lifted in 1971. Although I only learned of this in my adult life, she encouraged me and supported my football journey massively, and still does now.”

The full Twitter thread of United players’ inspirations can be seen HERE.

Additionally, for the fans out there who enjoy the number crunching that comes with a football season, a Twitter thread of some of the most interesting stats from the 2020/21 season was compiled to help reflect the good work which has gone into the successful start to the new campaign. For example, Molly Peters’ five goals set the striker as the club’s top scorer so far this season, while the five goals which United have conceded stands as the joint-lowest of any team in the league currently. 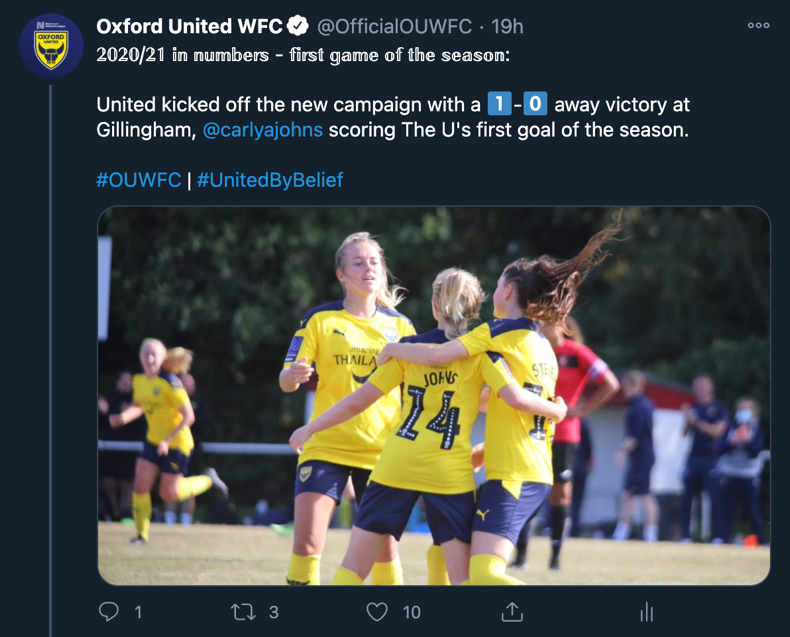 If fans would like to look back on all the special moments of the season so far, a highlights video of all 19 league goals can be found HERE reflecting the story of 2020/21 so far.

Click below for a full interview with coach Kath Faulkner while midfielder Sophie Baker will also be speaking to us soon. You can find our Twitter and Instagram handles @OfficialOUWFC, as well as Facebook @OxfordUnitedWomen.