Oxford United got back to winning ways tonight as two goals from Elliott Moore and a stunner from  sub Olamide Shodipo earned them all three points in a 3-1 win over Rochdale. United, pegged back by a Matty Lund penalty just before the break after Moore had opened the scoring, hit back through Shodipo's second goal since joining on loan from QPR before Moore's soaring header made it back to back home wins and started the climb up the League 1 table.

The first half was cat and mouse as the two sides moved the ball around nicely and looked comfortable rather than cutthroat.There was a brave diving block from Moore to push an Ollie Rathbone effort away for a 20th minute corner and some typically resolute defending from Sam Long and Alex Gorrin but nothing to unduly worry Simon Eastwood until a Jake Beesley shot needed touching round the corner to prevent it sneaking into the bottom left corner.

United, at the other end, forced corners and worked their way into some promising positions but sometimes it doesn’t have to be the most beautiful football that opens a defence up.

You could perhaps argue that James Henry’s cross was well delivered. Some might say that Matty Taylor was clever in using his body to block keeper Gavin Bazunu’s route to the ball. But what was undeniable was that the boot of Moore made enough contact to loop the ball back past the stranded keeper and suddenly United were a goal up. Scrappy goal. Who cares? 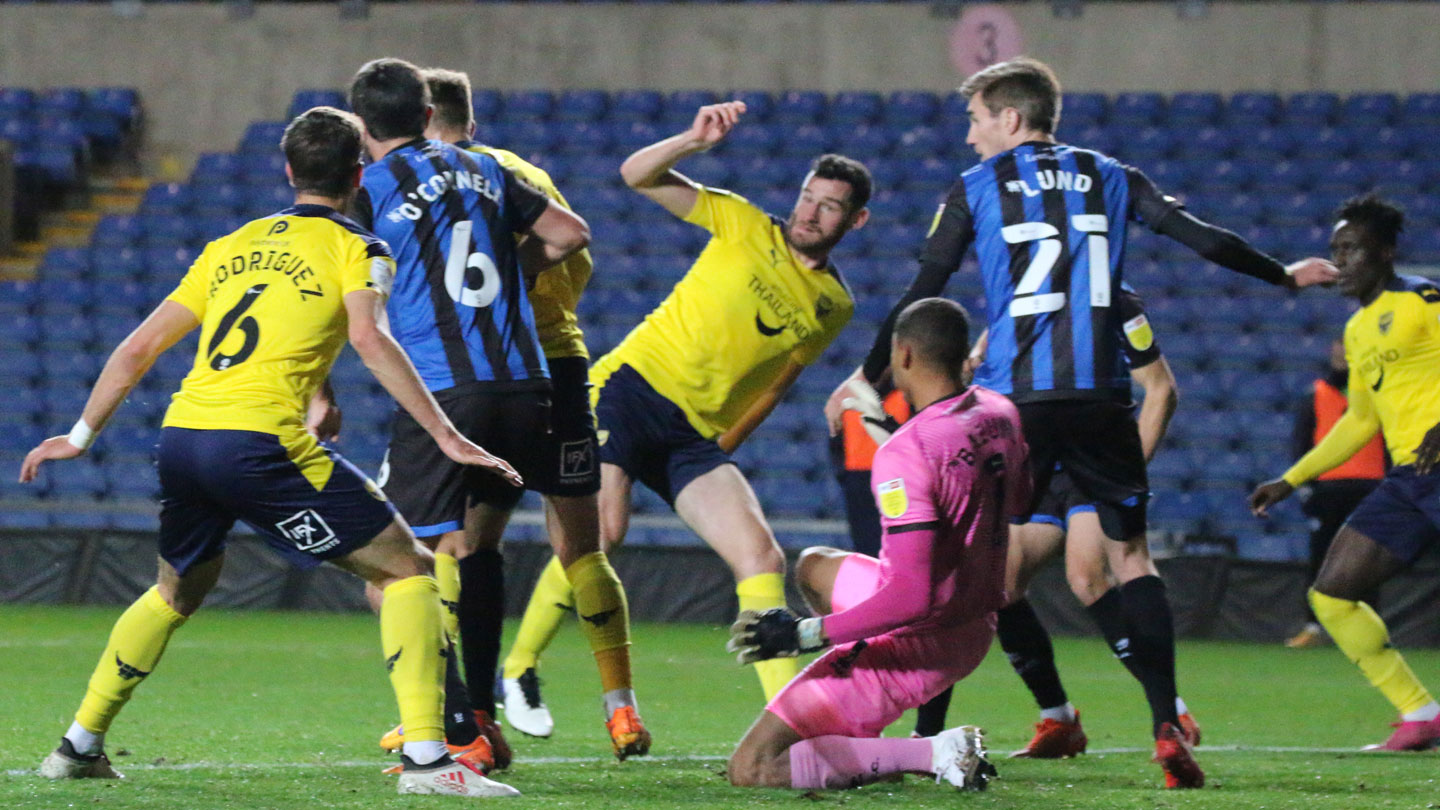 The second half was again fairly even but then Shodipo did exactly what he did last time we were here. On as a sub, his first action saw him sprinting towards the box and once again a perfectly placed right-foot effort crashed into the far corner for an excellently taken goal. I swear even the piped-in crowd noise cheered.

United weren't home and hosed yet and needed to concentrate but the excellent Gorrin and Anthony Forde snapped into tackles and they should have been out of sight when sub Mark Sykes sprinted clear but couldn't force the ball home as his first touch took him just too wide of goal.

United were on top by then and forced Bazunu into two decent saves as a goal became increasingly inevitable. On 81 minutes it was Moore who did it with a much more centre-backish goal. Forde's corner, Moore's bullet header and three points on the board.

At last a result to match the performance. Rochdale may argue that it was an even first half, but United had made all the running after the break and were full value for their win.

If we're not getting carried away by a couple of defeats then nobody start shouting too loudly about one win, even if pre-recorded. A start, that's all, but an important one even so.