Oxford United’s under 18s face another long journey on Saturday when they travel to Plymouth Argyle in the EFL Youth Alliance South West division.

The U’s, fresh from back to back wins over Portsmouth in cup and league now make the trip to the West Country looking to maintain their form having only lost one game so far this season.

“We had Exeter away the other week and this will be another early start and similar long trip “ Leon Blackmore-Such said. “But we don’t get caught up in that: our focus is always on the game, not how we get to it. The lads have trained well again this week and we are in a positive place going into a big week.

"We have this game on Saturday and then the FA Youth Cup game against Wimbledon on Wednesday. Both are important and so far we have been pretty consistent so let’s hope we can carry that on, starting on Saturday." 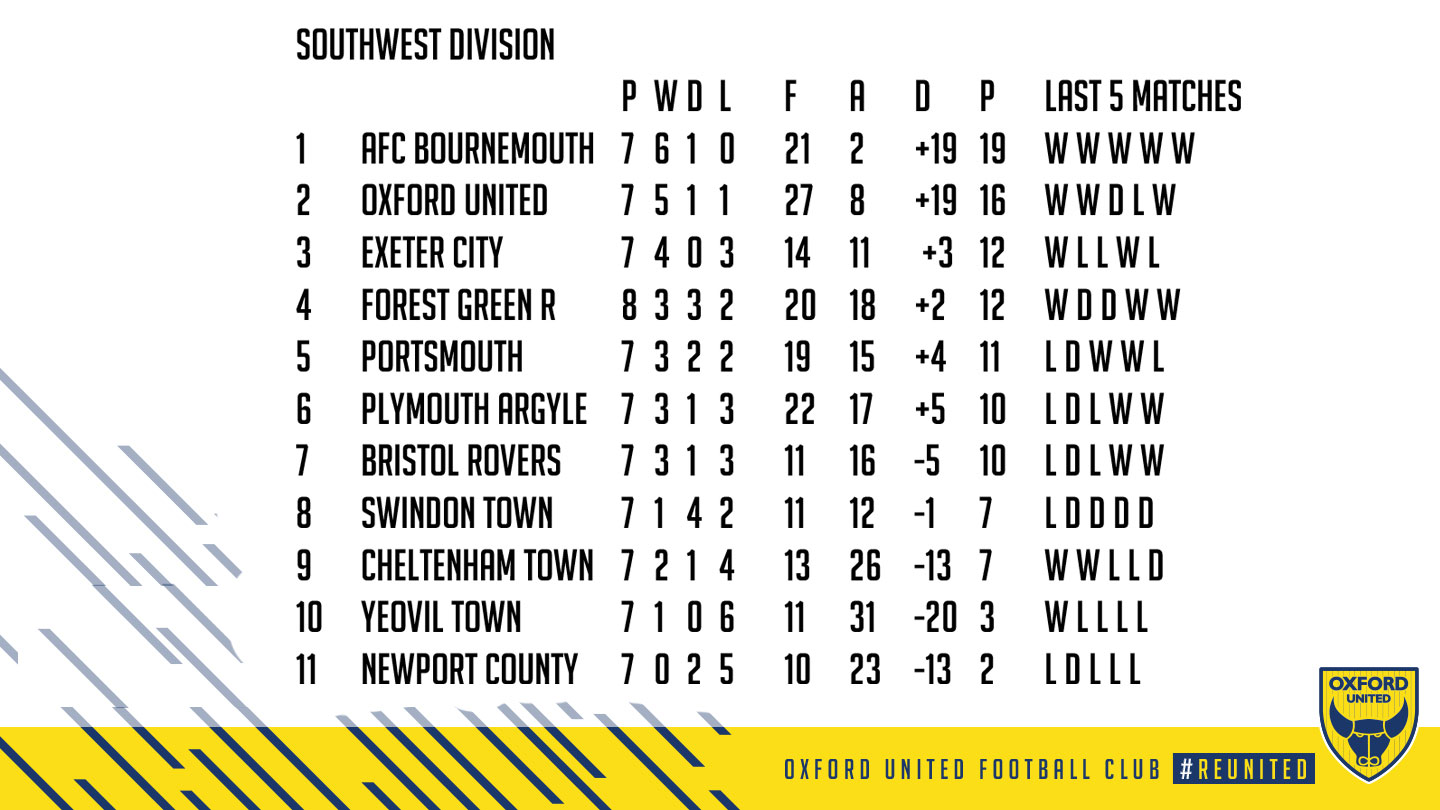