I’m not sure he will ever see it, given that we don’t see the programme at the ground, but I’d like to welcome Darren Ferguson and his Peterborough side to the Kassam Stadium this afternoon. I have so much respect for the Manager and for the way the whole club is run and we know we are facing perhaps the toughest test we could have been handed if we want to get through in the FA Cup today. They are in good form and they have an excellent squad but forget the league table. This is the best cup competition of them all and we want to be the ones with our name in the hat on Monday.

It’s our second home game of the week and follows an excellent win over Rochdale on Tuesday night. I thought it was a good game; Rochdale play some nice football and both sides tried to play the game the right way. After a fairly even opening we got our noses in front and it was a bit frustrating to be pegged back by a pretty harsh penalty decision.

One thing you can’t accuse this team of is lack of heart and desire, and rather than going into our shell we came back strongly after that and started to build up a head of steam. It’s weird; usually I would say it was because we were attacking our own fans behind that goal but on this occasion, I think it came from within the players.

Mide has a great knack of making an instant impression and scored a very good goal to put us ahead again. That was pleasing because one of the things we had talked about is the subs making a difference and an impact when they come on. I felt that had been missing in recent games, especially at Fleetwood last Saturday when we kind of petered out. On Tuesday the subs lifted us and we were the better side for the final quarter of the game. Elliott Moore’s fantastic header made it 3-1 and probably made the scoreline a fairer reflection of the game itself.

Ideally, we would have liked to take that momentum into a league game but we will have plenty of chances over the coming weeks where we face the busiest schedule you can imagine. I suspect this season is going to be like that though, with lots of rearrangements and rescheduling needed and teams needing to adjust to whatever gets thrown at them. We don’t mind that too much and will face each new challenge head on as usual.

I think that’s a key message for fans as well as we begin the second lockdown. The next month is going to be a massive challenge for all of us and all I ask is that you look after each other. Lockdown will affect every single one of our fans, so talk to each other, stay in touch with friends, families and those people you would usually be here with at the game today. We are the Oxford United family and families gather round and help each other, together. 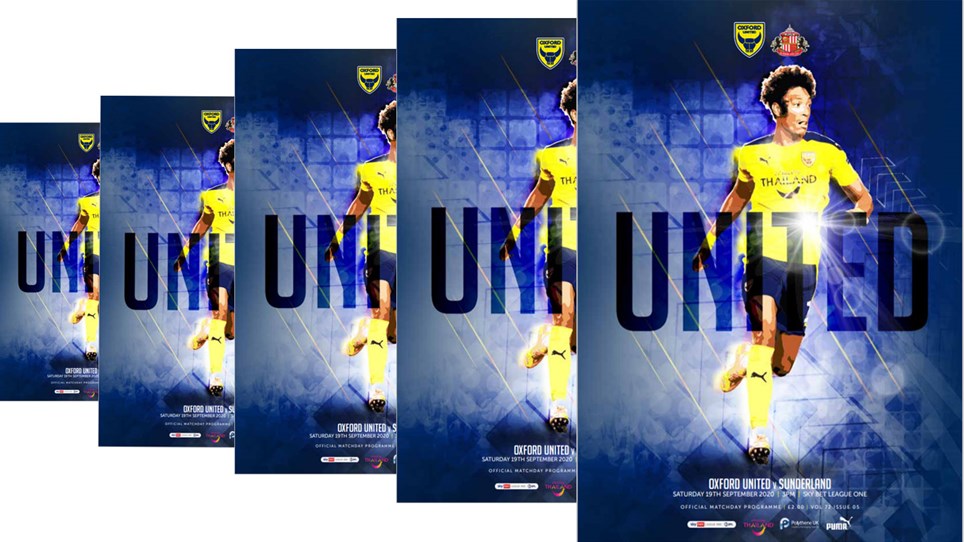 
United open their home league campaign on Saturday with the visit of Sunderland to the Kassam Stadium, and we have produced the latest in our online programmes for the occasion. 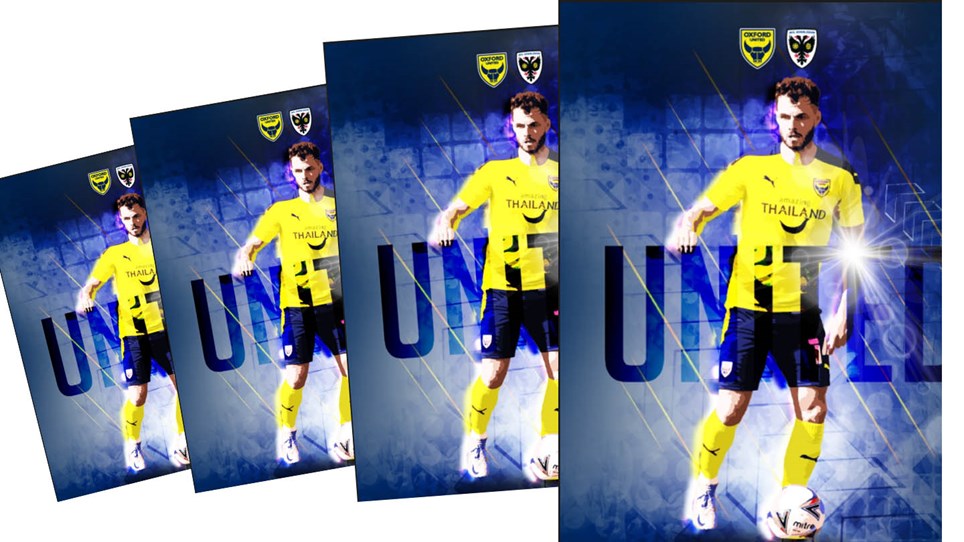 
The 2020/21 season starts tomorrow with Oxford United at home to AFC Wimbledon in the first round of the Carabao Cup and we have produced an online programme for the occasion.