The U’s welcome MK Dons to the Kassam Stadium on Saturday looking to extend their winning streak to six games and keep providing their home fans with the fantastic entertainment on offer so far this year.

We’ve been looking at the stats and 60% of United’s points have come at home with massive cup nights like West Ham and Newcastle as bonuses for the magnificent Yellow Army: we are on track for a record average attendance at the Kassam Stadium this season and has there ever been a season for such drama? 13 of United’s goals so far have come in the last 15 minutes of games, including winners in the last two games against Southend and Shrewsbury. In fact United have scored after the 88th minute in four of their last seven games!

Both Josh Ruffels and Dan Agyei have praised the effect the crowd had in the late win at Shrewsbury last Saturday: 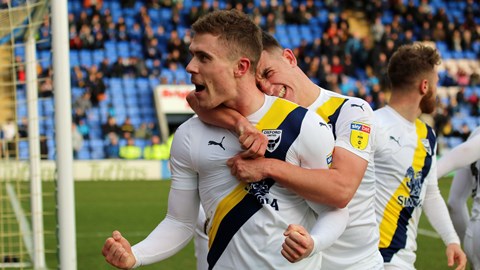 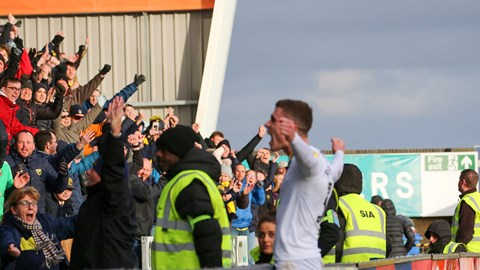 There are now just five home games left and the U’s need you more than ever. Karl Robinson takes on his former team on Saturday and we want every Oxford fan out there to come and back the U’s as they push for a place in the Championship.

It’s easy to book a ticket. Visit oufctickets.co.uk and you can print at home and use your phone on the day or call 01865 337533 to talk to our friendly ticket office staff about the best seats in the house.

The fans have made a massive difference. Certain home games we’ve had when they’ve been behind us have been unbelievable.