Following two meetings today Oxford United can confirm that they will now take on Portsmouth in a Sky Bet League 1 Play-Off semi-final, with Wycombe Wanderers taking on Fleetwood Town in the other.

This afternoon saw a meeting of League 1 clubs to vote on how to end the season after the EFL held an Extraordinary General Meeting this morning.
The initial meeting ruled that if the season ended then
1. Final divisional placings should be determined on unweighted points per game.
2. Promotion and relegation should be retained.
3. Play-Offs would be played but would not be extended beyond four teams.
Clubs in Leagues One and Two then met in separate divisional meetings to vote on whether to resume playing the 2019/20 season or opt for curtailment, with the League 1 clubs voting overwhelmingly in favour of curtailing the season.
That vote means that Oxford United end the season in 4th place- their highest position this century - and will now take on Pompey for a place in the play-off final.
Karl Robinson told us:
“We have never wavered in our belief that the season needed to end on the pitch and now we get a chance to finish all the hard work that we started back in July. Whatever happens we have had a season none of us is ever going to forget: there have been some amazing wins, two cup runs and to think that we finished the regular season with the drama of that win at Shrewsbury sums up the way our whole season has gone.
"I am so proud of the players. There can't have been many bigger underdogs to reach the play-offs at the start of the season and they have given absolutely everything for the club. We would have liked the chance to try and chase the top two, and obviously we feel for clubs like Tranmere who don't get the opportunity to end their season on the pitch. But to actually end the season in third place in the table was a fantastic achievement and I think we go in to the next stage in good shape.
“We’ve trained well over the last couple of days and now we have clarity on the way ahead of us and can take training to the next level as we prepare to play again.”
Full details on when the play-off games will happen will be decided soon. 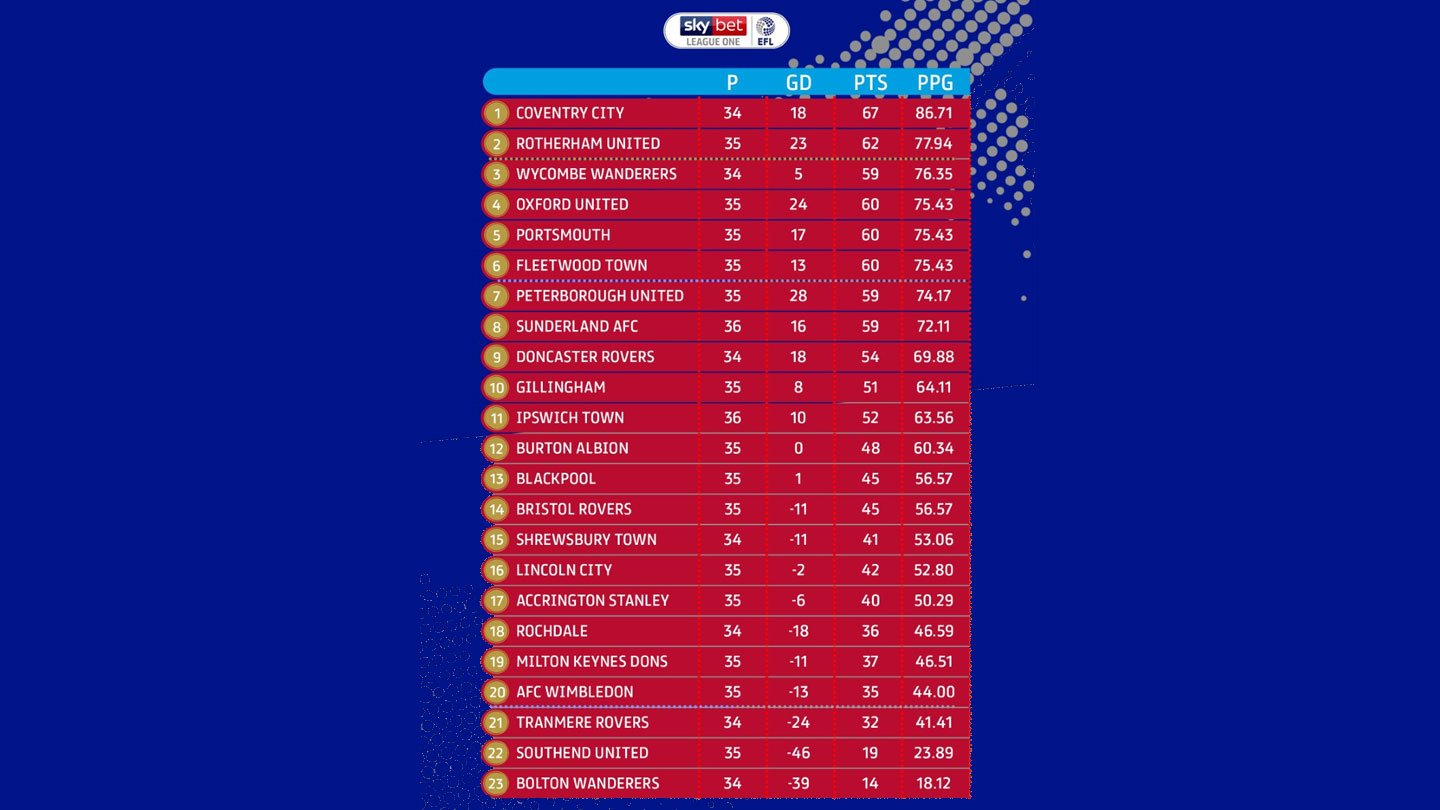