There are now less than three weeks until Oxford United face Portsmouth in the Sky Bet League One play-off second leg at the Kassam Stadium.

The U’s face Pompey with a place at Wembley at stake and we know that at 5 o’clock on Monday 6th July thousands of fans around the world will be tuning in to back their team from their home – an unfamiliar feeling for the superb Yellow Army who travel up and down the country week after week to cheer on their team.
To help combat those unfamiliar feelings we’re delighted to announce that we are giving you a chance to be there, in spirit if not in person, with the launch of ‘Fans At The Game’.
We’ve teamed up with The Football Company to give you an opportunity to have your own recyclable, waterproof cut-out displayed proudly in the stands.
You may have seen this in other countries, and if so, you may know how it works. But in very simple terms, all you need to do is:
Once confirmed, your cut-out is produced, delivered to the Kassam Stadium, and installed. Watch out across our social media channels, as we’ll be sharing pictures once we start to fill the stadium.
We want as many fans as possible to put on a yellow shirt and create a sea of yellow to welcome Karl’s team.

But there’s more! All supporters who purchase their cut-out will also receive the following direct to their email inbox:

And to kick us off we have already got our first virtual fan at the game…
Andy James- known to fans as Womble, sadly passed away during the season after a lifetime dedicated to following the U’s.

Supporters Trust OxVox, thought it would be fitting that Womble should be there in some way and so they have uploaded his image and he will be the first supporter to take a seat within the East Stand. OxVox’s Ali Wolfe told us

“Womble was there, home and away, for years and years and his connection with the club was typical of the one that so many fans have. The Fans at the Ground idea is a brilliant way of showing support and being at the game in some manner and we hope fans really get behind it, just as they get behind the team every week.” 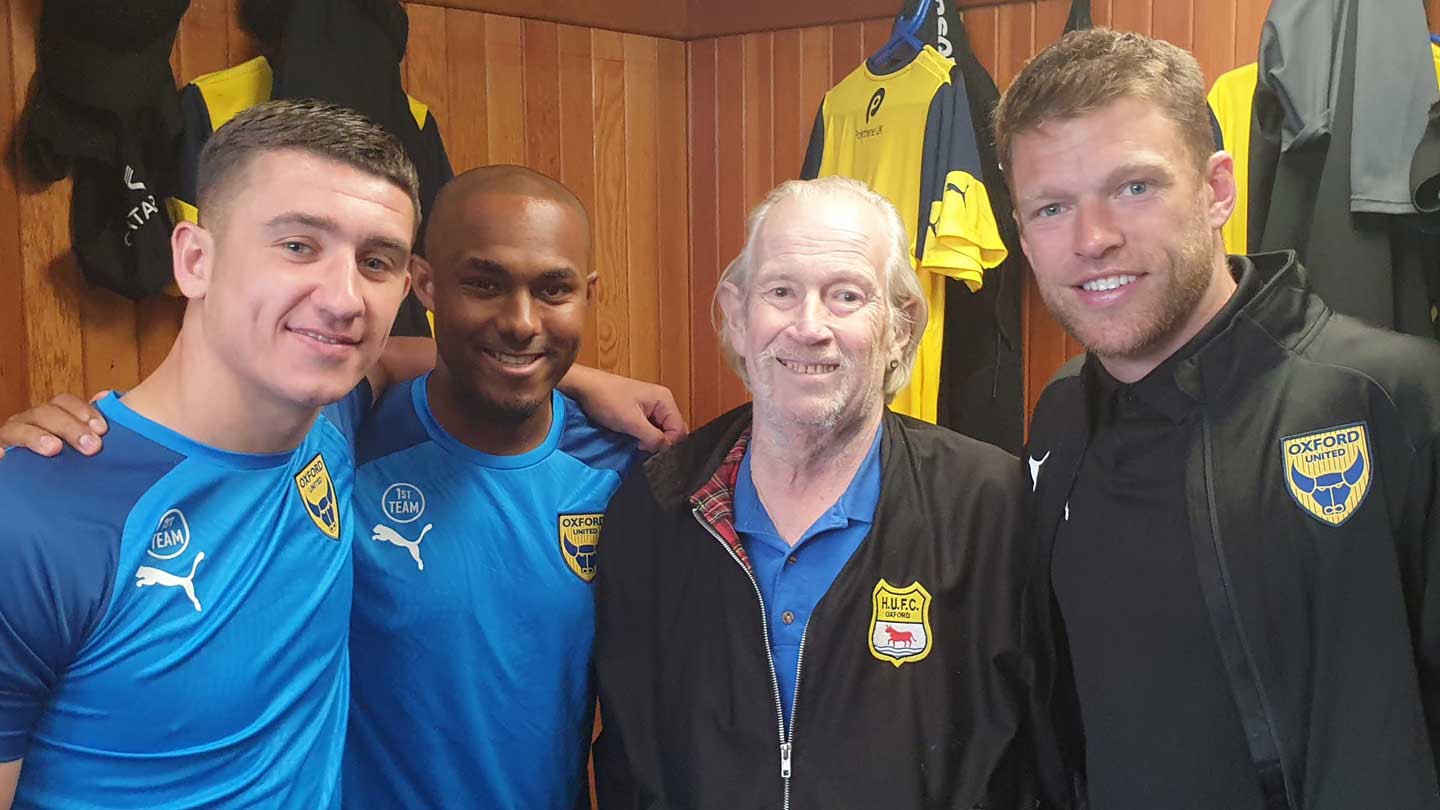