TEAM NEWS
United have no new injury worries and the whole squad tested negative for covid-19 meaning that they should be at full strength at Fratton Park.

Loanees Ben Woodburn, Marcus Browne, Matty Taylor and Liam Kelly are all available although Nathan Holland returned to West Ham earlier in Lockdown. The one question still to be answered is whether Rob Hall is available but this now seems unlikely despite earlier hopes that he could be eligible after returning from his loan at Forest Green. 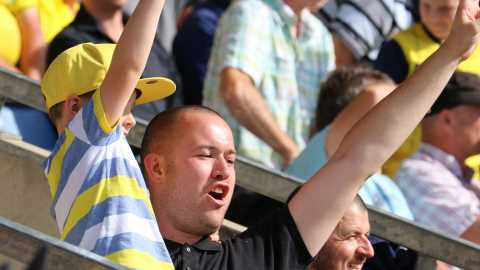 “We are delighted to have the opportunity to be able to get into the Championship. It's what we have worked so hard for this season and now we are there."

“There was obviously a little bit of a delay with Sky Bet League One sorting itself out, but we understand that and we are really looking forward to getting back playing. Ourselves and Oxford had exactly the same points in the final league standings, and if you look from maybe 2nd to 11th it has been really tight in League One.”

“The fans always help us, we have fantastic fans that always contribute to our performance. The reason we are where we are this season is because of them,” he said. “We’ll have to adapt of course because they won’t be at Fratton Park cheering us on, but whoever adapts the best to behind closed doors football will come out on top.

“We are very aware of the quality that Oxford have in their ranks, they are a very good outfit and I don’t think you can really pinpoint one threat because they have so many. But we have quality and strengths as well, and we have to make sure that we play to our maximum and concentrate on ourselves."

TICKETS
The game is behind closed doors and we once again ask all fans to respect the current situation and watch the game from afar.

FOLLOW IT LIVE
The game is live on Sky Sports with a 5.30pm kick off. Because both play-off games are being broadcast live they are not allowed to be shown on iFollow live - overseas followers need to check whether the game is being broadcast where they live, although we will have full commentary from BBC Oxford Sport

We will also have coverage on Twitter and Instagram and the Match Live on this site with a report and Gallery right here on the final whistle.