Oxford United have a great offer available with our new partners at Tommi’s Burger Joint.

Tommi’s Burger Joint are sponsoring our Print at Home ticket service, which is proving hugely popular with supporters this season. It saves time on the day as well as any anxious waiting for the post, and Tommi’s will now be appearing on each ticket.
To celebrate the partnership, Tommi’s are offering 25 percent off their brilliant burgers to all Oxford supporters who print at home.
Based in the Westgate Shopping centre inside the Social, drop in to see the guys anytime and they will look after you; they will be offering more deals before the end of the season.
Rob Davies, general manager of Tommi’s Burger Joint Oxford, said:
"As a local lad and life-long follower of Oxford United, I welcomed the opportunity to work with the team and to be able to offer something to the fans.
“We look forward to the football gods continuing to shine on Oxford and we’re pleased to offer a 25 percent discount on our fantastic hamburgers for those who print their tickets at home.”
Find out more about Tommi’s here: https://tommis.is/joint/oxford/ 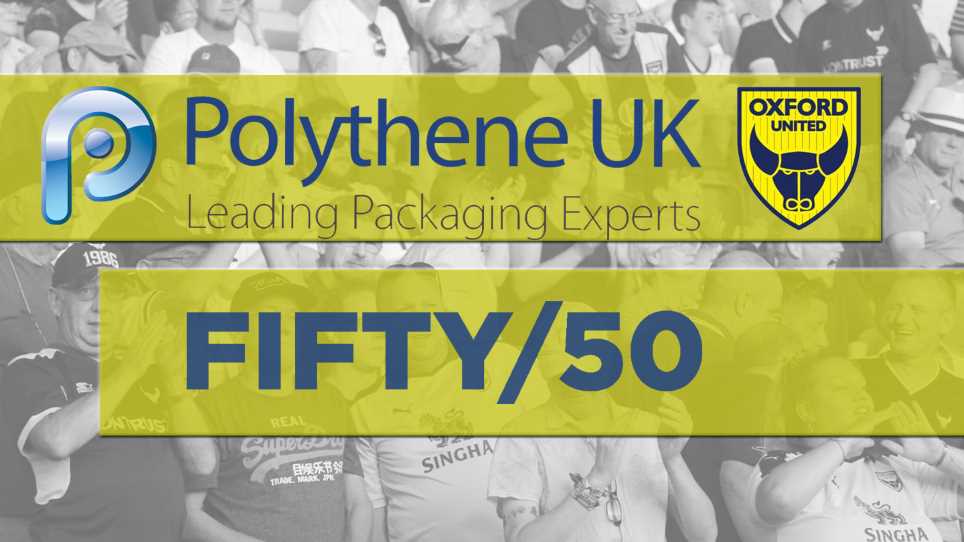 
Details of the Wimbledon Fifty/50 half-time draw, sponsored by Polythene UK, appear below:


Details of the Sunderland Fifty/50 half-time draw, sponsored by Polythene UK, appear below:


Details of the Newcastle Fifty/50 half-time draw, sponsored by Polythene UK, appear below:


Details of the Blackpool Fifty/50 half-time draw, sponsored by Polythene UK, appear below: