Matty Taylor fired Oxford United to an important three points this afternoon as they came away from Portman Road with a 1-0 victory. Taylor's calm finish after a sweeping team move was enough to decide a tense affair that gave United back-to back wins, just as the jostling for position for the play-off places starts to really take shape...

There was a real tempo to the game as the sides seemed determined to show that last month’s washout at the Kassam Stadium was down to the conditions rather than their ability. The two games could not have been more contrasting as both sides went for the win, knowing the importance in the tighest of races for at least a play-off position.
Ipswich perhaps had the better of the opening exchanges without testing Simon Eastwood, while United, with Alex Gorrin sitting in front of the back four, looked comfortable and solid and clearly had the potential to spring forward at pace.
There were good blocks from heroic captain Rob Dickie and left-back Josh Ruffels as the Tractor Boys started to go through the gears and Simon Eastwood twice dived among the boots to grasp a loose ball inside the six-yard box. The United keeper should really have been beaten when Will Keane was left with a free header six yards out after a wicked Luke Garbutt corner, but the ball drifted wide and United had defended well for a clean sheet at half time without truly testing home keeper Tomas Holy’s handling.
The difference is that United now have a poacher in prime form. A minute before the break and Henry had space on the right and when that happens he usually finds Taylor. The striker, in a suspicious amount of space, took a touch then gave Holy no prayer with a low drive to make it 1-0 at the break. A fine team goal involving Browne and Brannagan and a crucial lead. 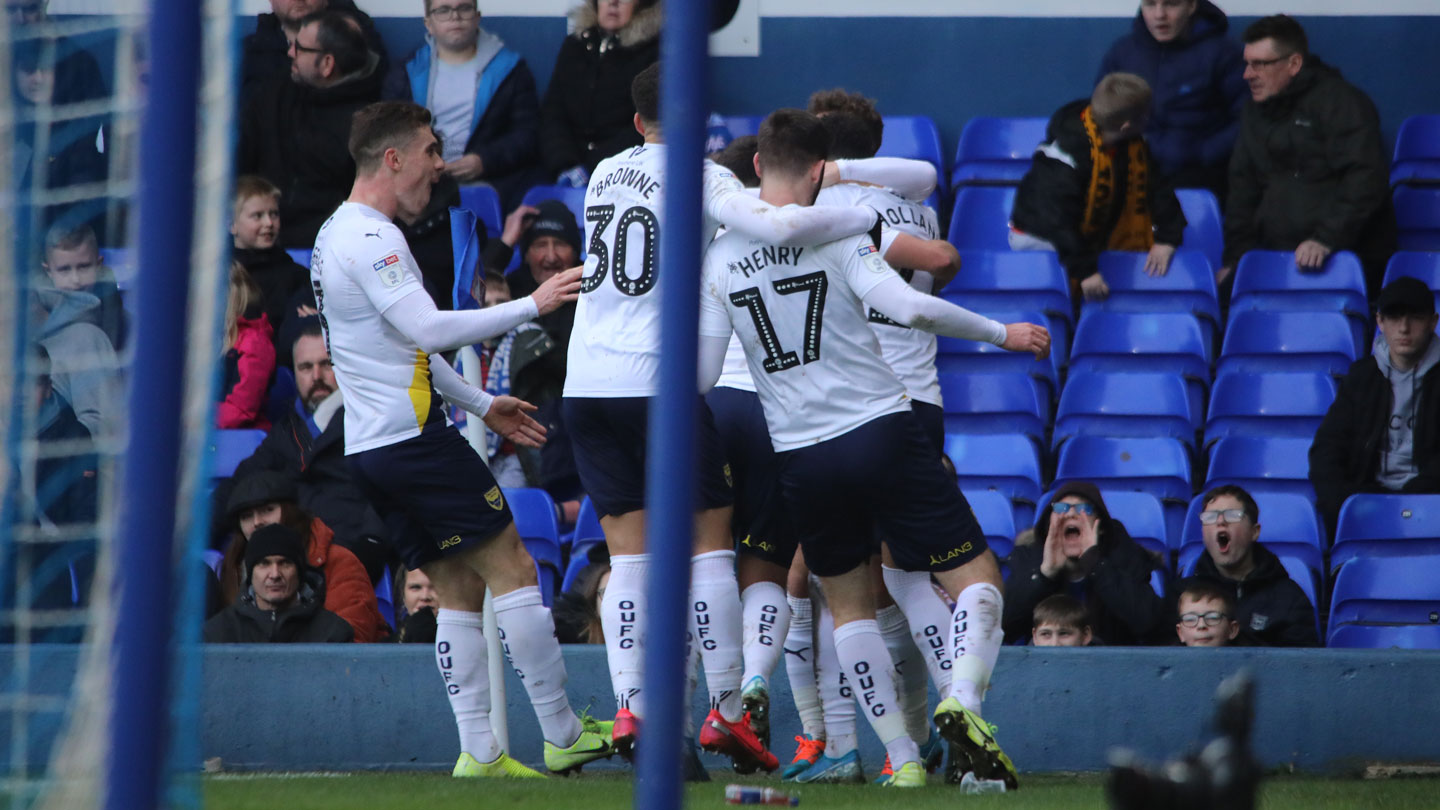 Town threw everything at the U’s now, but with Dickie and Elliott Moore in determined mood and players willing to throw themselves in front of anything, United coped well with it and might even have extended their lead had a defender not somehow blocked Brannagan’s effort just before the hour after Anthony Forde had galloped the length of the pitch to cut the ball back for him.
United could easily have extended their lead on the break, with Browne so dangerous when he runs at a retreating defence, although there were some terrific tackles from the men behind him who limited Ipswich to probing crosses rather than clear chances.
It was tense, but then every game from here on in is likely to be that. But United have a confidence and a maturity and who knows: could this be the key win of the whole campaign?
Kayden Jackson celebrated his birthday with a red card in injury time to just about empty the home stands, but it had little bearing on a result forged through strength, unity, and a striker firing on all cylinders. Marvellous.
See you against Accrington Stanley at home on Tuesday...
Att:19,367
Away: 1,365
Report by Chris Williams, pictures by Darrell Fisher, stats by OPTA