TEAM NEWS
United welcome back Anthony Forde after injury while James Henry returns to the squad after being given the green light following a scan on a thigh injury which had been troubling him for a while.

After the cup heroics against Newcastle in midweek boss Karl Robinson has to decide whether John Mousinho or Elliott Moore partner Rob Dickie at the back while Matty Taylor, Dan Agyei, Liam Kelly and George Thorne will all be hoping that their impressive appearances from the bench on Tuesday earn them a place in the starting eleven.

See Derek Fazackerley previewing the game in iFollow right now where we have James Henry and Chrissy Allen as our guests in the Preview Show...

THE OPPOSITION
Posh are in good form but boss Darren Ferguson has seen his side beaten twice by the U's already this season.

"Oxford did well to stick with Karl when they were going through a tough time and he has now built his own side, and they are very strong" he said. "“Karl’s teams always play good football, which is why I always look forward to them. We’ve had some great battles in the past especially when he was at MK Dons, but we’ve always got on well.
“It will be another battle on Saturday. It’s a game against a promotion rival so it’s obviously massive. But if we play like we have been playing and maintain our strong home form we have a good chance of another win.” 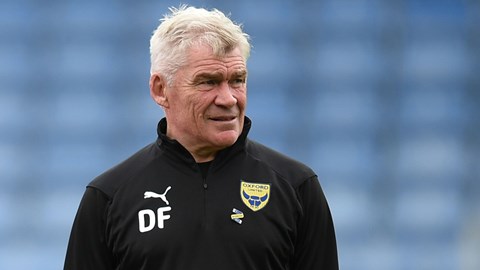 View from the Dug Out 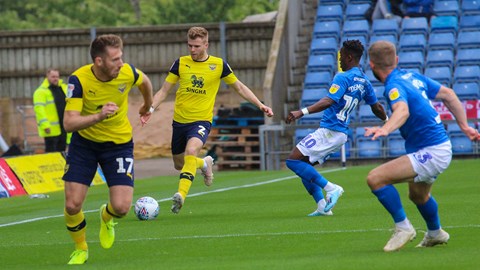 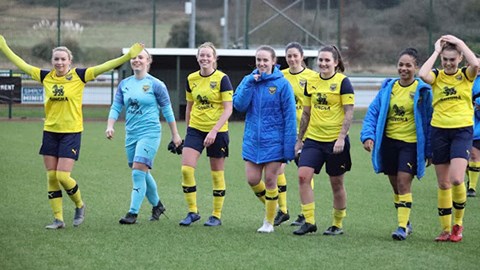 Saturday 8th February 2020, 3pm Kick Off
This game is not all ticket but tickets are cheaper in advance.
Oxford United have tickets allocated in the Main North Stand and these are on general sale in person and by phone from 01865 337533 until 3pm Friday 7th February. Tickets are no longer available online.
Disabled fans pay the relevant price class and are entitled to a carer FREE of charge.
London Road Coach Travel
Coaches will depart the Stadium 11am and Kidlington 11:15am
Prices :
Adult Member £18.00
Adult Non Member £20.00
Under 18 Member £16.00
Under 18 Non Member £18.00

Visit oufctickets.co.uk or call 01865 337533 to book
Under 14s must be accompanied by an adult and no alcohol is permitted on the coaches

FOLLOW IT LIVE
If you can't get to the game then you can still hear it LIVE in iFollow if you are in the UK or SEE the whole game if you are overseas. We have coverage on Twitter, Instagram and the Match Live on this site with a report and Gallery right here on the final whistle.

THE PLAYLIST
Want to get in the mood for the game? Then search for Oxford United Official on Spotify where we bring you a new playlist for every away journey, plus the dressing room playlist. The Playlist is available on Saturday morning and is always flexible: let us know on Twitter if you have any more to add to help get the Yellow Army in the mood as we headfor Peterborough.