There was a small moment of history last night when Gatlin O’Donkor became Oxford United’s youngest ever player.

The striker came on during the closing stages of the Papa John’s Trophy game against Forest Green Rovers and helped his side progress to the next round, taking and scoring the first penalty as United went through 4-1 on penalties after a 1-1 draw.

It capped a whirlwind 24 hours for the young forward.

“I was at school on Monday and the deputy head came into my class and called me out to say that Oxford United had called and they needed me to come and train with the First Team” he said . “So I had to get hold of my dad because my mum was at work, get permission to leave school and then Dan Harris the Academy Manager had to come and pick me up. He told me I was going to be on the bench and that I was training with the First team.

“I don’t know what I would have done if the school had said no! It was the first time I had trained with the first team squad. In my head I was thinking I was going to be shy but when I got there everyone was so welcoming and they made it easy for me to join in.” 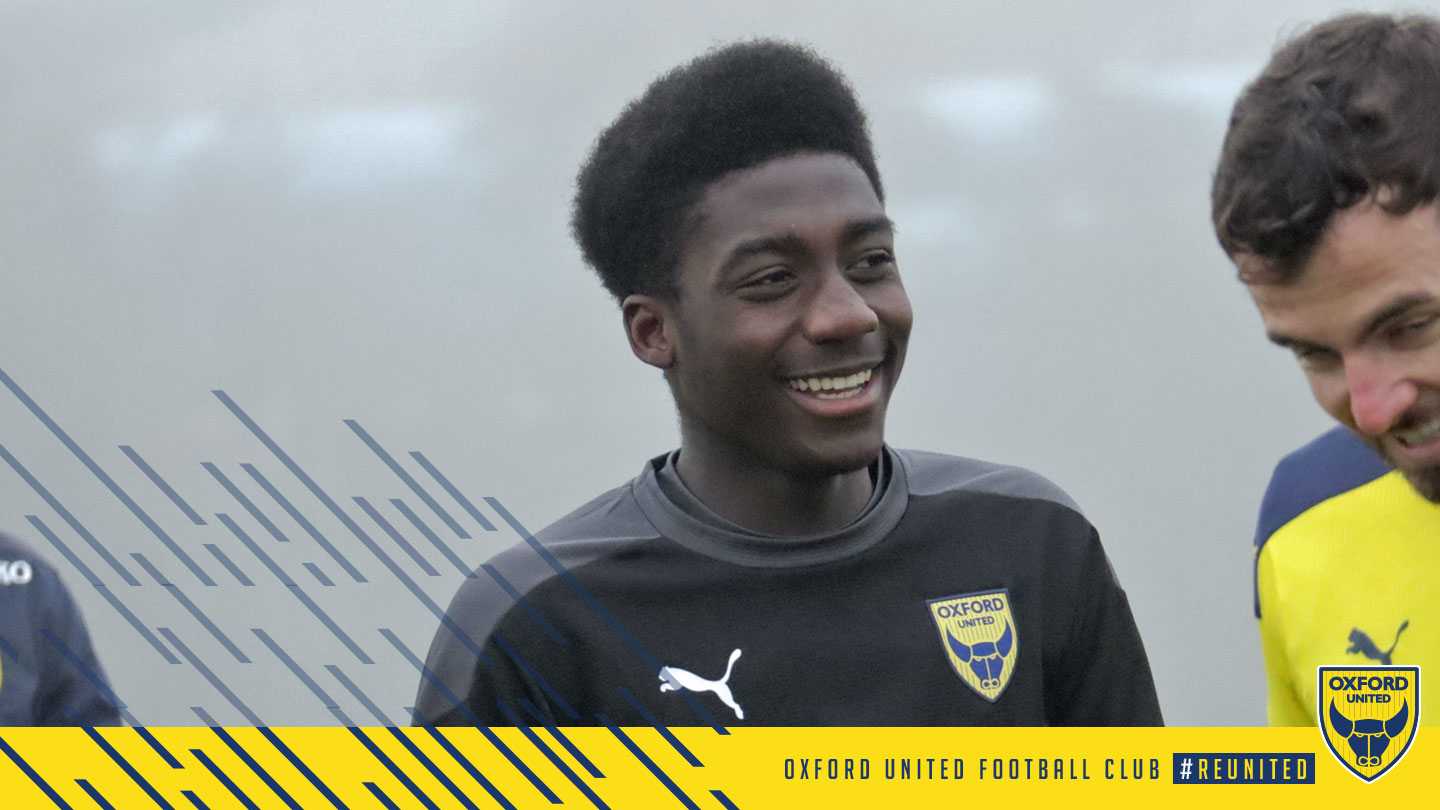 “I was nervous the night before, thinking about how I would feel if I got on. I read that I would be the youngest player ever so I knew about that. I was thinking I would be so nervous and there was so much going on in my head. But when I got the shout and the Gaffer said I was going on I didn’t feel nervous at all. I was fine.

“I don’t think I touched the ball with my feet in the game itself but it went to penalties and when the Gaffer said "who wants to take the first one?" I just stepped forward and was ready. I knew I was going to score: I backed myself.

“Hopefully there’s more to come. I’ve got to go back to school tomorrow though!”

See the full interview plus the thoughts of another impressive youngster, Leon Chambers Parillon who made it two assists from two appearances, in iFollow where we also have the thoughts of Karl Robinson and full match highlights.