I’ll level with you. There are some who prefer the website to be for news and information. And nowadays there are precious few people looking for a longer read or feature. Fair enough. But over the years the annual Pre Season Tour Diary has built up a fierce fanbase of up to a dozen people who actually like this sort of stuff. So this is for you my loyal but dwindling band of diehard throwbacks.

This year sees the U’s at the Vale Resort in South Wales. It is a beautiful spot and as we gather on the first night there is a storm brewing in the Vale of Glamorgan. Help me Rhondda. Lightning cracks across the distant hills and clouds roll ominously towards us as we sit on a terrace after a first night team briefing. “Someone’s going to be in trouble” says the Head Coach leaning on a metal post on an exposed raised deck.

We arrived around 2pm, all driving individually and booking into single rooms.  My first job was to interview Craig Short our new First Team Coach. By 9pm he is right in the centre of the group, sharing stories and working out just who we all are. The players have mostly called it a night- some are playing socially distanced table tennis, others are unwinding because they know that they face plenty of hard work the next day. For the staff it is a chance to welcome Craig and also to raise our glasses to Derek Fazackerley who has been central to our previous tours to Austria, Portugal, Spain and Ireland.

Faz is celebrating the birth of his new granddaughter and somehow produces four bottles of champagne “There were six” he admits “but at least I enjoyed those two nights”.

He shares out the bubbly for the coaching team: Faz, Craig, Karl and Wayne Brown, the sports scientists; Chris Short and Dwayne Peasah, the medical and sports therapy team of Amy Cranston and Nathan Benjamin-Smith - John ‘Spike’ Elliott doesn’t currently drink and is sipping water so I glug his share, spotted only by eagle-eyed kitman Johnny Edmunds who has spent most of the day printing initials on to our brand new white training gear. Head of Recruitment Mark Thomas arrives and our group is completed by analysis guru Eddie Denton.

This is a small group but there are strong ties and by 10.30 plans have been completed, welcomes have been made and we retire to our rooms like kids on Christmas Eve because tomorrow we start a brand new season. Together.

This Yellow Army is always punctual. It’s a 6.30 start and by 6.20 everyone is at the gym for a spin class, led by King of Spin Chris Short. Pedals whirr and players perspire in the morning mugginess but a far greater challenge awaits: there are blueberries and strawberries at breakfast as well as baked beans. Who on earth devised that menu for a team in pristine white kit for the first time?

I make it through, somehow, and Karl and I sit in on a Zoom call with Chairman Tiger who praises my attention to detail: dying my beard white and grey to match the kit has his approval. Then it’s time for the real fun to start. I interview a new player- patience, patience, we’ll announce it when the paperwork is done, and then watch in admiration as the first full training session of the season moves into full flow. 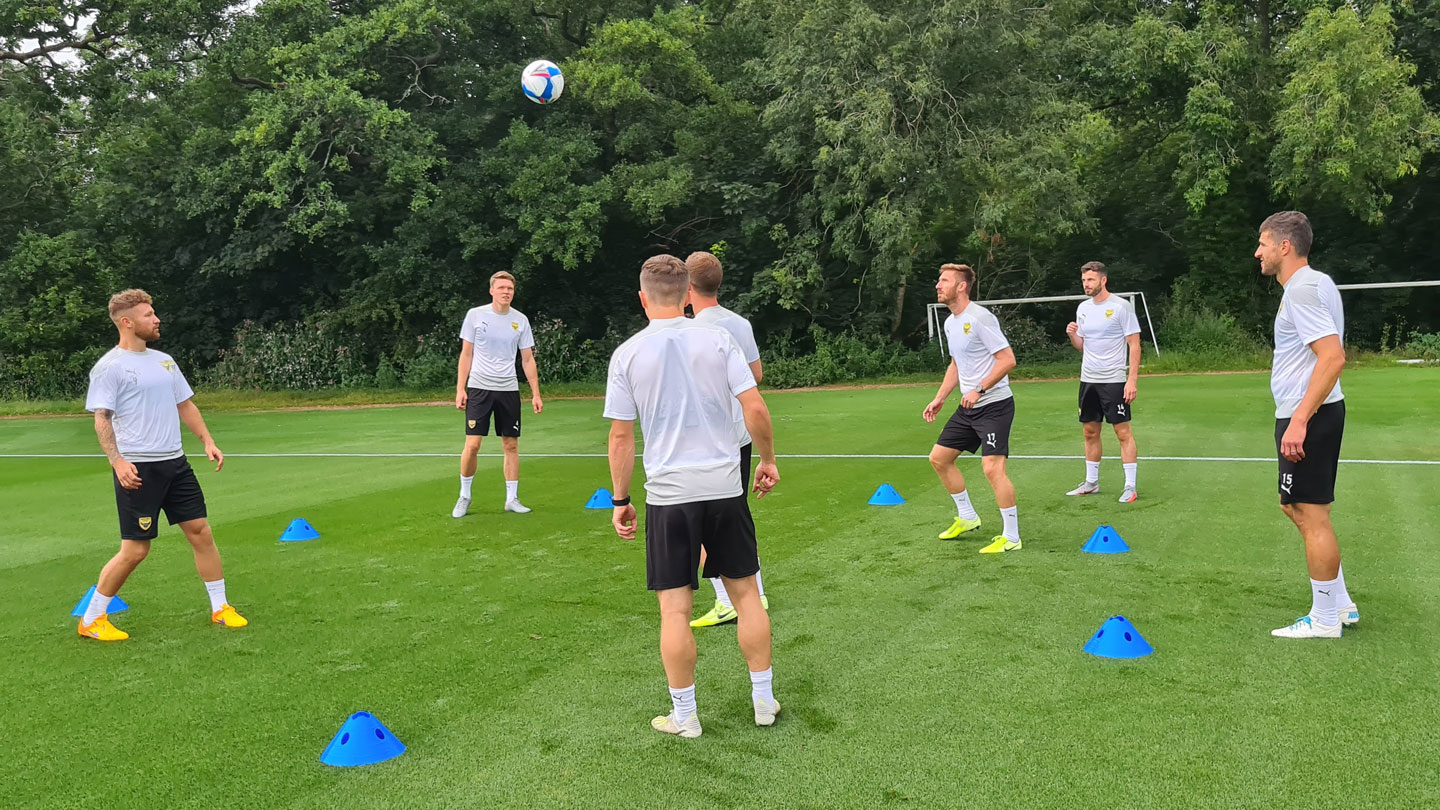 It starts gently with some stretching and jogging, then speeds up with a gruelling tough run which leaves players crumpled. “UP” roars Karl .“On your feet and on to the next thing”. A ball is introduced and Craig Short takes over from his brother before the final, agonising crescendo of the Flower Run. This is very thinly disguised pain where the players loop from a central point out and around cones within a time limit.

There are some natural, graceful runners who glide across the beautifully manicured grass. But that’s like admiring the metalwork on the horses as the 600 charged. By the end all of them are plodding, planting one foot in front of the other and hoping it ends. Their team mates stand in the middle and bawl genuine encouragement. Nobody quits. There are high fives and huddles and a proper, tangible sense of achievement. The first team bonding has happened… 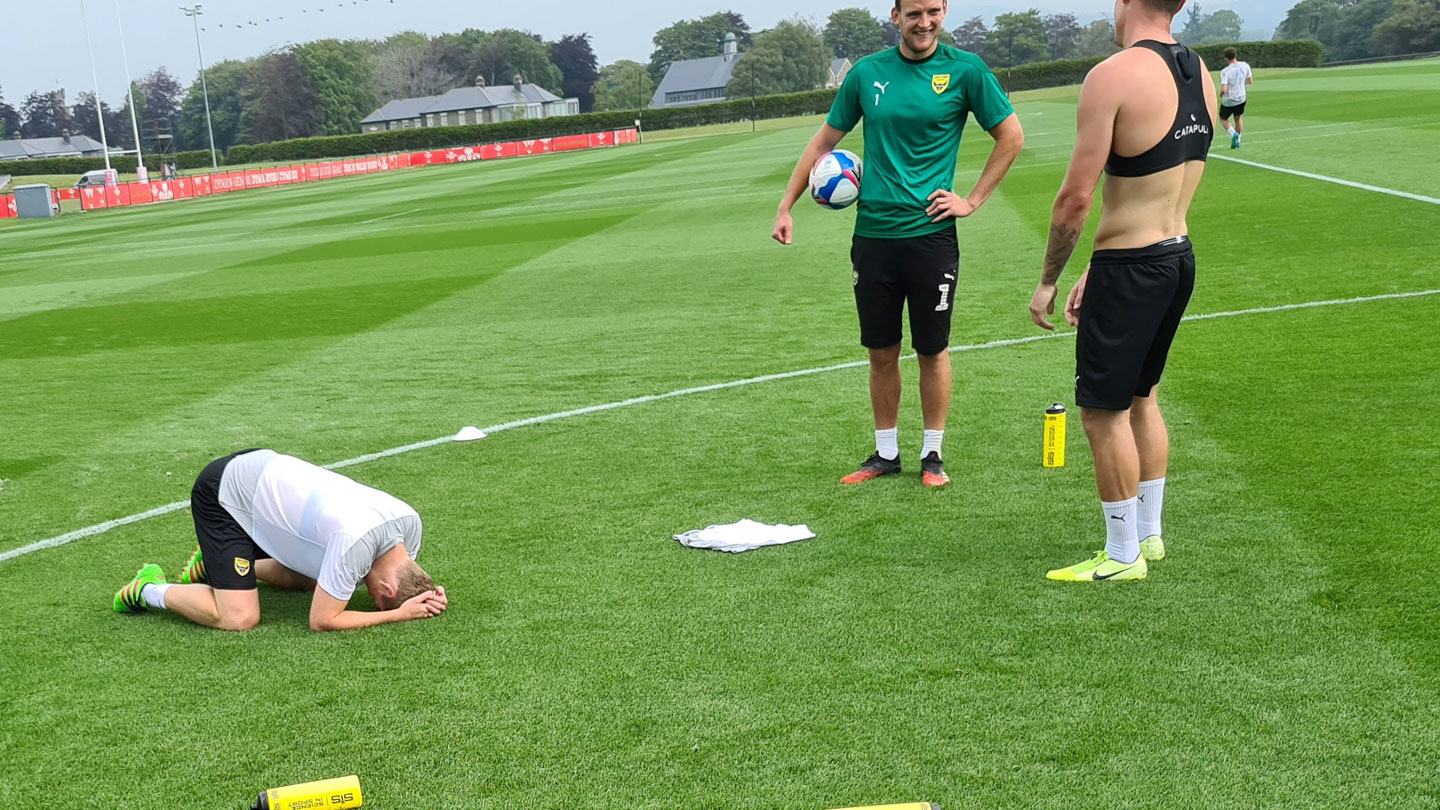 The afternoon is spent recovering.

A few of the senior players head for the Vale’s amazing golf courses for nine gentle holes, but most are in their rooms ready for the evening gym session. More hard work. A 14 hour day under a battleship grey sky.

Chris Williams is the club's Communications Manager but his views are his own and do not necessarily refelect those of the club. He has also forgotten his hat. Again.