This week we have been introducing the youngsters who will be joining Oxford United as scholars when we return to training and football resumes.

There are nine new scholars and yesterday we met goalkeeper Eddie Brearey and striker Adam Smith. Today we are delighted to introduce winger Will Owens and midfielder Mac Masters
We asked each of them to write their own introductions, and both have a story to tell… 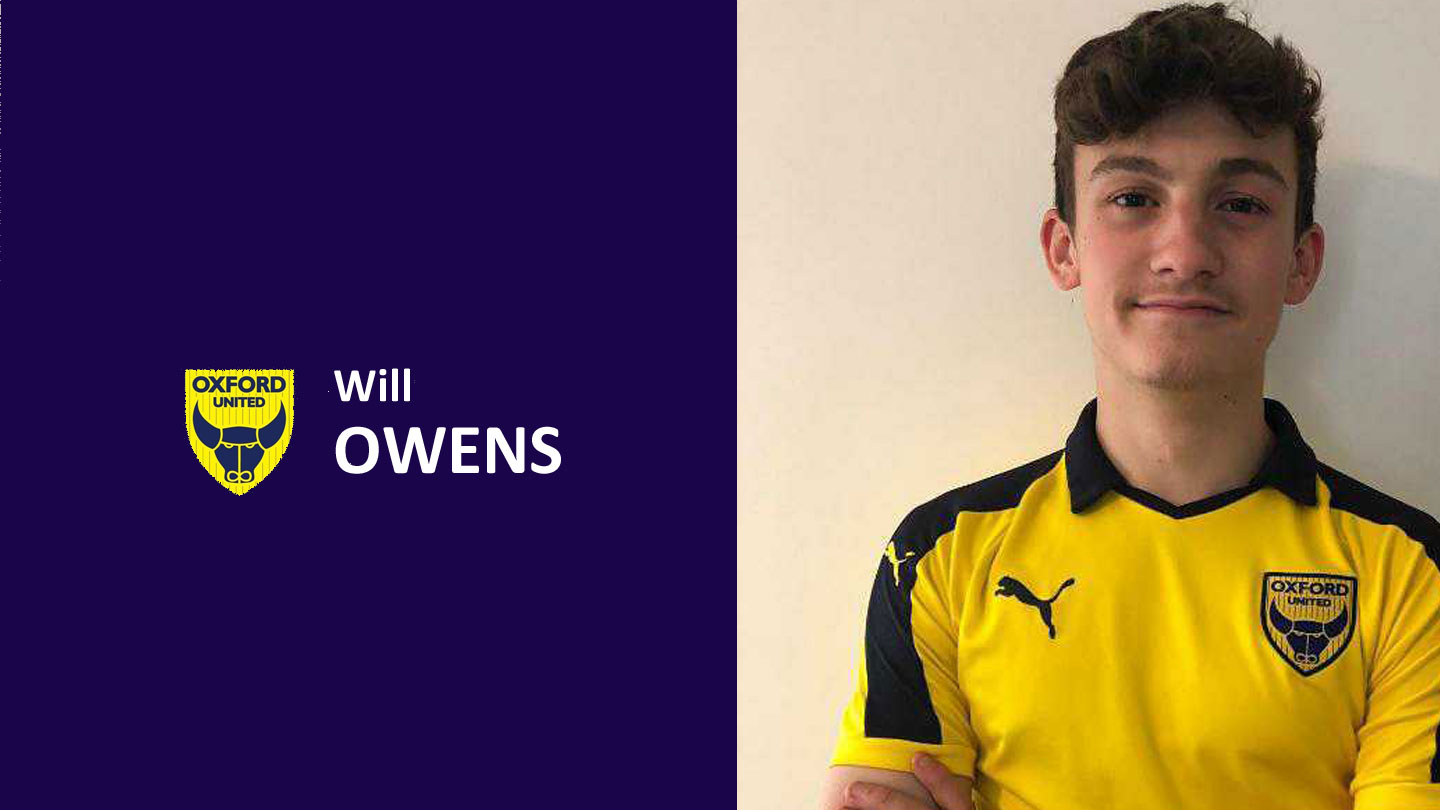 Will Owens (WMF)
Explosive, direct winger who has been a regular goalscorer in the U16s this season. Another Oxfordshire lad, Will joined the club as a 14-year-old and has already played 5 times for the U18s this season.
Will writes:
"It wasn't an easy journey to getting my scholarship, with many ups and downs coming to this point, from quitting football to being offered a place at Oxford United.
My footballing career all began when I played for my local club Bicester Town Colts. From then on I knew I wanted to do this professionally and as my job. However when I was around 9 I quit playing football because ultimately I wasn't enjoying it.
Four  years later when I was 13 my PE teacher, Miss Wallington, got me back into football which resulted in me joining a club, Launton FC, where I fell back in love with the game and got me to where I am now.
Not only this but playing for my county had a big impact on my journey with positives and negatives. It was an honour playing for my county and in doing so got me scouted for Oxford United and Northampton Town. However during my time playing for my county I suffered an injury where I tore a bone out of place in my hip. This was a huge setback for me, especially as now I had the opportunity to play for my local professional club.
This injury caused a rough time both mentally and physically as I went through a similar time before where I wanted to give it all up but Oxford stayed in touch with me and kept my morale strong. This made me determined to get back fit and take my trials at the club.
After a long 9 months out of the game I was able to play again. In October 2018 I trialed at Oxford and after four weeks I was offered a place at the club and from then on I knew this was a great club that offers many great opportunities for you to become a better player and a better person. 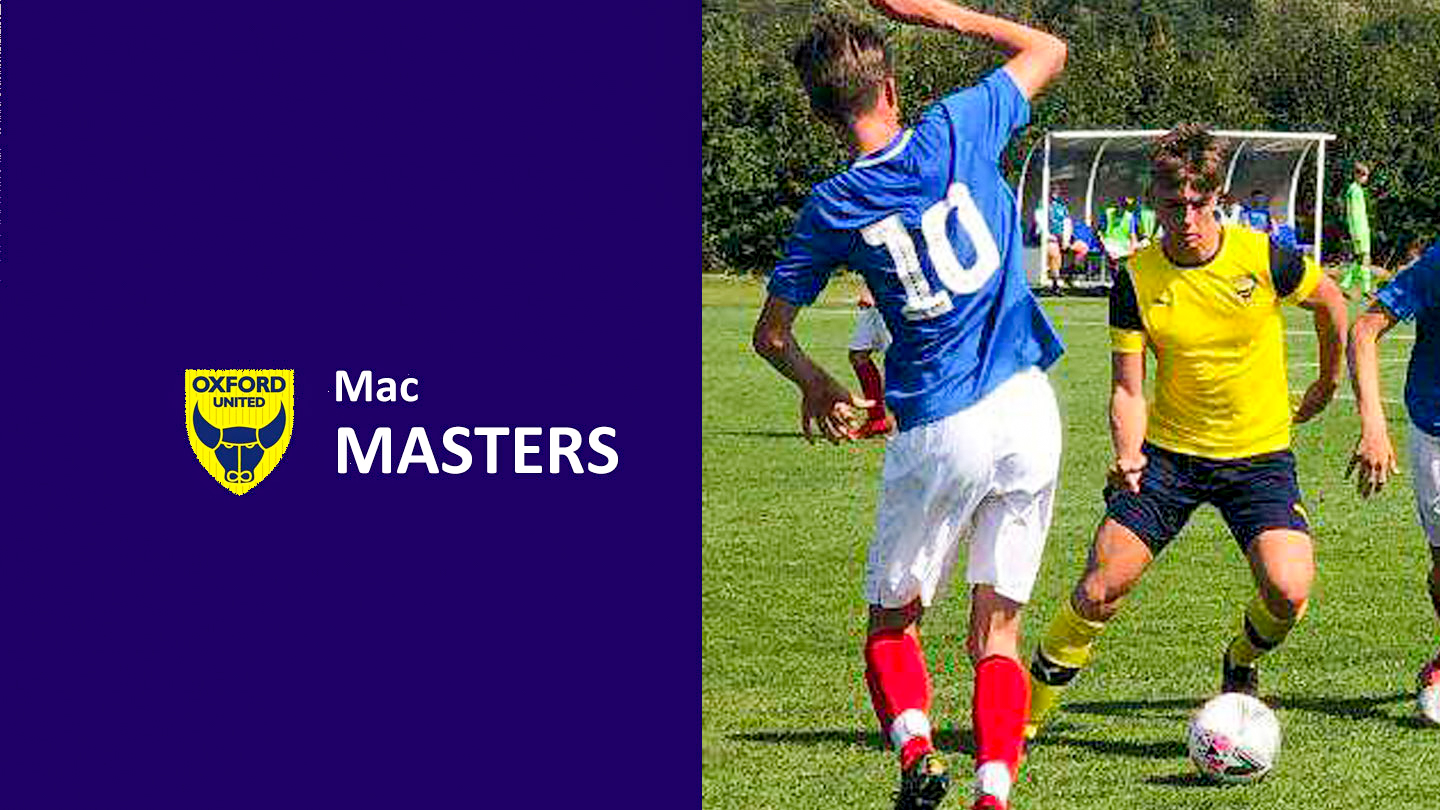 Mac Masters (DCM)
Lifelong Oxford United fan whose grandfather also played for the club. Powerful and aggressive, Mac has been at the club since the age of 8 and has captained sides throughout his time with the Yellows.
Mac writes:
*The Beginning*
I first started playing football pretty much as soon as I could walk! My mum took me to my first football match when I was just 8 weeks old and for as long as I can remember every Saturday was spent going all over the country watching Oxford home and away with mum and my brother Dylan (whose middle name is Oxford United!)
My Great Great Grampy captained Headington United (before it became Oxford United), my Great Grampy helped build the Manor Ground and had a season ticket for his entire life, then my Gramp followed suit before my mum also fell in love with the club and started going from the age of 3! So needless to say my boyhood club has always been Oxford as it has our entire family! 5 generations on and it would be a dream come true for me to make it into the first team.
From 2 years old mum used to take me to "Little Kickers" which was a little academy for kids not old enough to join a boys league. Then as soon as I was 5 I joined Quarry Rovers, ironically their home ground was where Headington United played many years ago before they moved to the Manor. It was whilst playing for Quarry that I was first spotted by Oxford aged 7. By 8 years old I was one step on the ladder to my dream when mum and me went to sign my first contract. I started playing for the U9's and my first match was against Bristol Rovers if my memory serves me correctly.
*Middle*
Every time my contract has been renewed has been a major milestone for me as has every time we beat Swindon! As a family of die hard Oxford fans the rivalry between us and them has been installed in me as long as I can remember so it's always nice to see an extra big smile on their faces when we notch up three points against them!
My biggest set back came when I tore my ankle ligaments as that has caused some frustration  but I keep a positive mindset and always rehab properly and try and stay focused on the end goal even though I hate not playing and training!
My proudest moment in my time has been receiving my scholarship. It was an amazing feeling and to see my mum’s reaction and the rest of the family’s is something that made me extremely proud. Sadly my Great Grampy passed away last month but I'm so happy he knew I'd received it as he was over the moon. My SquadNumber Certificate still sits proudly on the wall in his living room on the wall behind his chair. 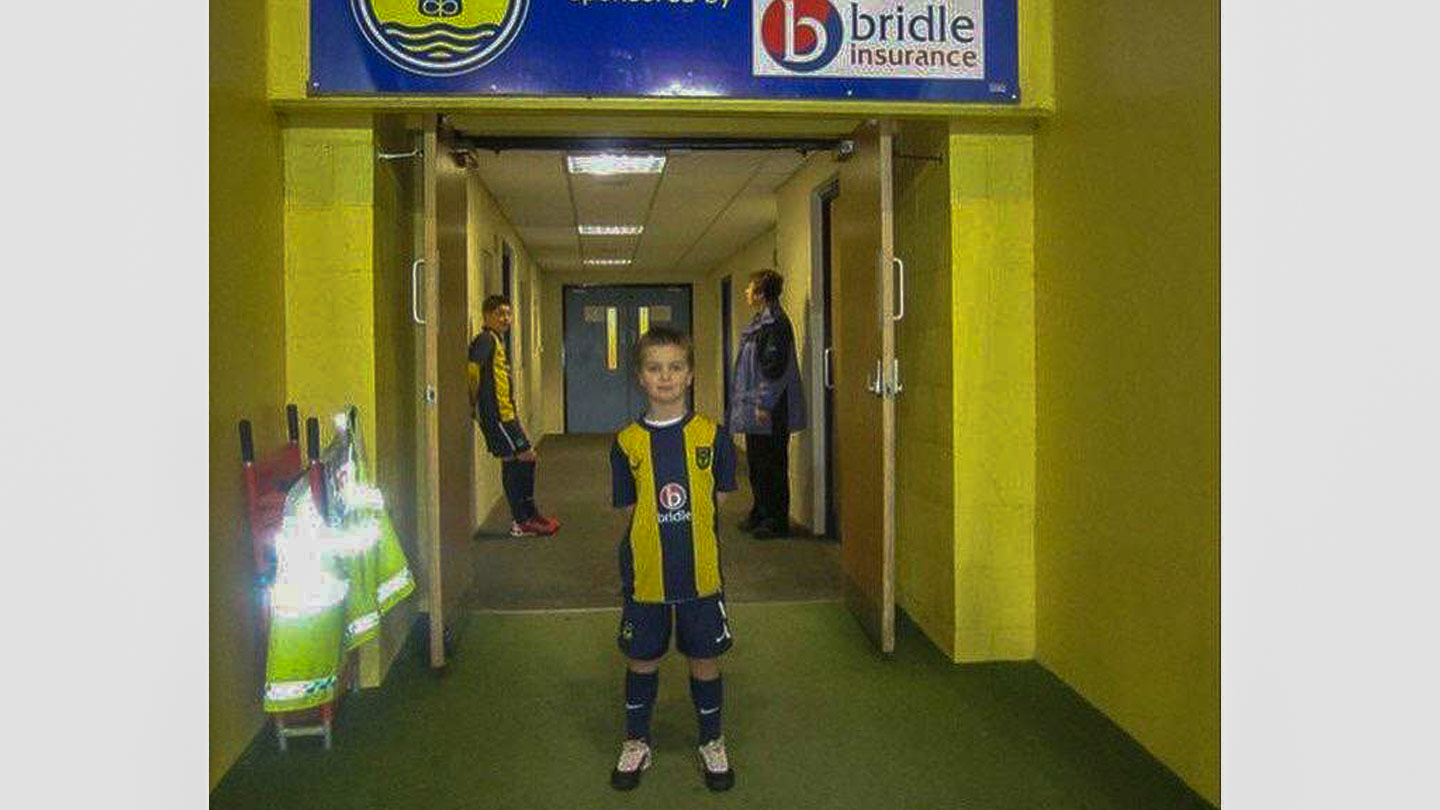 *Lockdown*
I have been doing daily programmes sent to me by Jack McGowan who looks after the fitness programme for the scholars. I’ve also done extra running and been making sure I watch my nutrition. I have also been enjoying ball work and creating exercise circuits in the park.
I'm really missing everything; the training sessions, playing matches, the changing room banter, my friends, the coaches.... I have nothing else to channel my passion into and this has made me realise even more how much all I want to do is work hard and play football. The fact that I've been given a scholarship and will be returning to play for my boyhood club is all the motivation I need. I want to show Dan and Leon and Chris that they made the right decision and make them and my mum proud and continue to grow and develop
*End*
In the next few months I want to come back fully fit and starting every game we have, being injury free and being an integral part of the team to the point I catch the first team gaffer’s eye. Towards the end of my scholarship I want to be offered a pro contract and hopefully have been involved with the first team as much as possible whether that be training or even a game. In the years that come after that a dream of mine has always been to captain the first team and make as many appearances as I can. 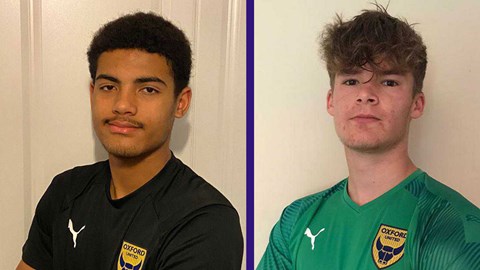